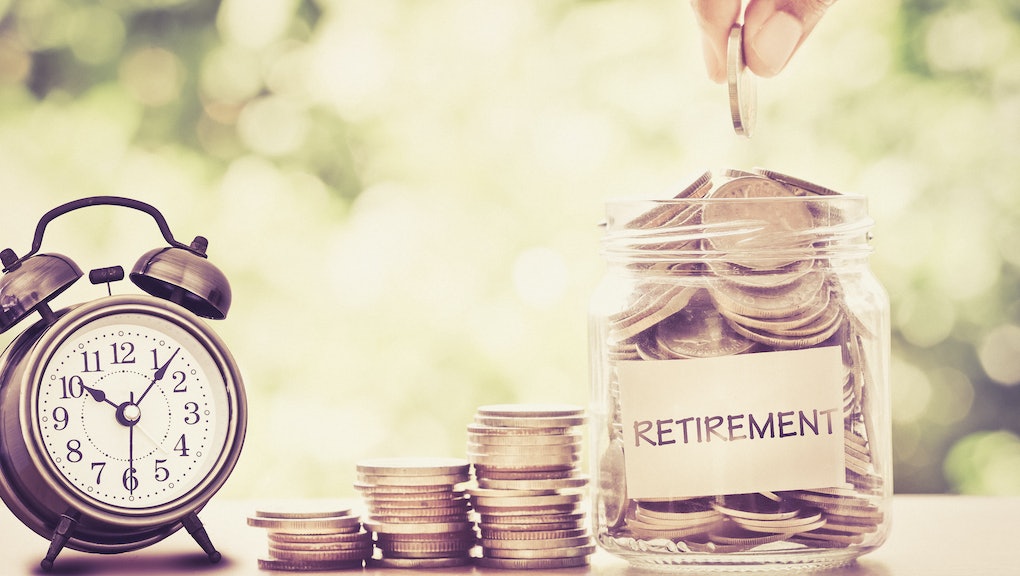 The truth about Roth accounts

If you're young and broke, simply investing at all feels like a big win. And, since you're not planning on using the money for 30 or 40 years, minimizing your tax burden probably is not going to be top-of-mind. That seems like a game for the wealthy, with their loopholes and off-shore accounts.

Yet the idea of tamping down taxes informs one of the most common pieces of advice for young people: to invest using what's called Roth IRA or Roth 401(k) instead of a traditional retirement account. When you invest your money with a Roth, you pay taxes on the dollars going in — when you're young and in a relatively low bracket — and then you can make withdrawals tax-free when you're older and richer (and in a higher bracket).

Makes sense, right? Not so fast.

A new paper from a team led by professor Michael O'Doherty at the University of Missouri complicates that conventional wisdom, and argues that investors of all ages should hold both types of accounts.

In other words, young or old — and high- or low-income — the majority of people will need tax diversification in their retirement accounts. Why?

The crux of O'Doherty's argument is that tax rates change a lot more than you think they will: Since 1913, when the income tax was first introduced, the tax rate for a married household making $100,000 a year changed 39 times, ranging from 1% to 43%.

The better-off you are, the more likely you are to face uncertainty about your future tax bracket. But even if you are lower-income now and don't think you'll ever be rich, you very well could be wrong. And yet, conversely, middle income folks of all ages still might not want to put all their eggs into the "Roth" basket either, O'Doherty argued.

According to the paper, a hypothetical household that hedged against uncertain future tax rates ended up with an extra $16,000 in retirement — versus a similar household that ignored the problem of tax uncertainty. O'Doherty said in a phone interview that for typical households, the savings would number "certainly in that level of several thousands of dollars." The younger you are, the more likely hedging with both kinds of accounts will be helpful, he said.

"In some sense [younger investors] are the perfect group to be looking at a study like this," O'Doherty said. "The new finding ... is this idea of tax uncertainty. And there's conventional advice that's based on consistent taxes over time... But if you're saying 'hey I'm still 35 or 40 years until retirement,' there's just a ton of uncertainty."

It's important to note, again, that the optimal strategy for each investor is going to vary wildly based on your age, income and appetite for risk. The more you make, the more a tax diversification strategy will benefit you, O'Doherty said.

Still, the findings suggest that there's a specific optimal formula for all but the lowest-income investors — people in the bottom two to three tax brackets.

That formula for everyone else? "For retirement contributions, a good rule of thumb is to invest 20% plus your age into traditional, tax-deferred accounts," O'Doherty said in a press release. "Applying this rule, a single 40-year-old investor with at least $40,000 of taxable income would put 60% of their retirement contributions in a traditional IRA or 401(k)-type plan."

In other words, the older you get, the more you should be investing in traditional accounts. So a 25 year old making $40,000 per year would put 45% of any retirement savings into a traditional vehicle like a 401(k) — and the rest in a Roth IRA or Roth 401(k).

That formula increases the likelihood that you'll wind up in the optimal tax bracket to maximize your cash during retirement, because you've got a mix of pre- and post-tax dollars to draw on.

This will be easiest for people who get automatically enrolled in a plan for work, but you can also enroll yourself in both types of plans using a brokerage account. Here's Mic's guide on how to open a traditional or Roth IRA.

More like this
How I paid off my debt and bought a house 2 years after college
By Marianne Eloise
What happens if you just don’t file your taxes?
By Alex Williamson
4 tips for spending and saving in a post-pandemic world
By Courtney Coonrod
Stay up to date