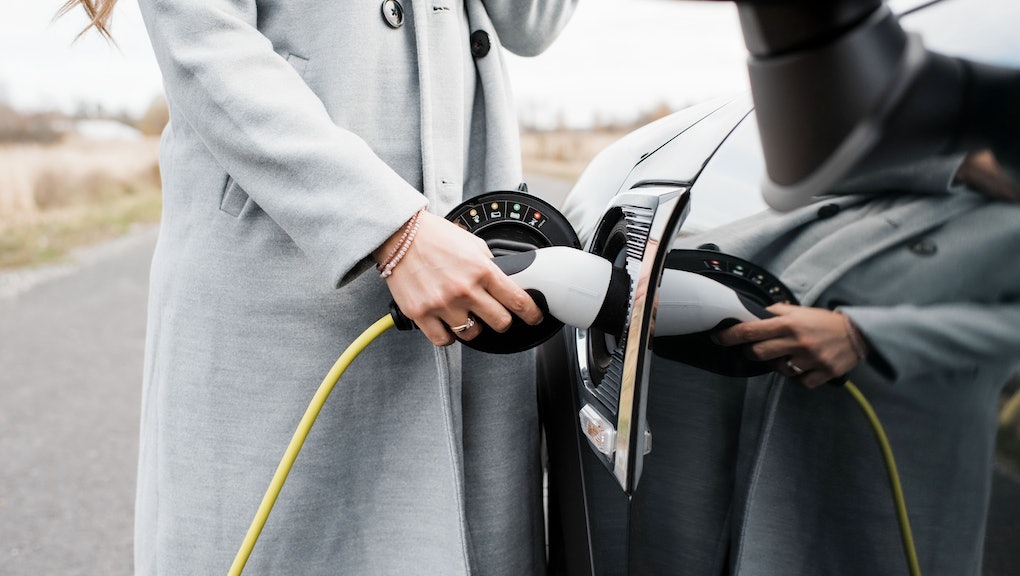 Transportation, from commuter cars to big freight trucks, remains one of the biggest contributors of greenhouse gases around the world — accounting for 15 percent of all carbon emissions globally, according to the Center for Climate and Energy Solutions. In the United Kingdom, the cost of gas guzzling vehicles is even worse. One-third of all greenhouse gas emissions from the country comes from transportation. That fact has the U.K. pursuing an ambitious goal: banning all fossil fuel-burning vehicles. Prime Minister Boris Johnson announced this week that the U.K. would end the sale of gas and diesel vehicles — including hybrids — by 2035.

Johnson's announcement comes in advance of the 2020 United Nations Climate Change Conference (known as COP26), which is set to be held in Glasgow, Scotland, U.K. in November of this year. Playing host nation has the U.K. working overtime to show their commitment to addressing climate change, and preparing a ban on gas vehicles is a large part of that undertaking. The country is also setting aside just short of $2 billion (£1.5 billion) in order to make electric vehicles more affordable and feasible to use. U.K. Transport Secretary Grant Shapps claims that one electric vehicle was sold every 15 minutes in the U.K. last year.

The U.K., to its credit, has been taking climate change seriously — even in the midst of all the madness surrounding Brexit. Earlier this year, the country became the first in the world to declare a climate change emergency. Though the move was more symbolic than anything, it was intended to serve as a siren for other nations to hear and respond in kind. For its part, the U.K. has largely backed up its talk with action. It went an entire week without using coal last year to show how feasible it was to drop the fossil fuel (which the U.K. plans to do entirely by 2025). It also established the largest offshore wind farm in the world and, in 2019, it generated more electricity from renewable energy sources including wind and solar than it did from fossil fuels for the first time in the country's history.

Now the U.K. is getting in on the movement to ban gas vehicles, and it's not alone in this mission. While there is no unified effort to ditch fossil fuel-burning cars and trucks, a number of countries and cities around the world have laid the groundwork for ditching these polluters in the not-so-distant future. In 2018, both Spain and Costa Rica announced plans to ditch combustion engine vehicles. Costa Rica has been working toward this goal since 2008, so the nation has had a considerable head start on other parts of the world that have not taken the looming threat of climate change seriously until recently — but now it's time for other countries to play catch up. Spain intends to ban the sale of any car that is powered by fossil fuels by the year 2040. Costa Rica's timeline is a little shorter — it plans to become the world's first fossil-fuel-free country by 2021. Ireland is on track to ban carbon-producing cars by 2030, Israel will restrict gas-guzzling imports by 2030, and the Netherlands intends to ensure all new cars are emissions free by the same year. France has plans to go fossil fuel free with all its cars by 2040. Taiwan has the same 2040 goal in mind for all cars, but will phase out all non-electric motorcycles earlier, by 2035. Other countries like China and India have not set official cut-off dates for when carbon emissions will be placed on the chopping block, but have made it clear they intend to enact these plans at some point. Delhi, India has utilized more limited and temporary car bans in an attempt to cut down air pollution around the city — suggesting something more permanent and effective would likely be welcome.

Where federal governments fail, leadership in some major cities has decided to pick up the slack. That is the case in the United States, where there is no current plan to phase out combustion vehicles at a nationwide level — but Los Angeles has its own plan. The city was one of a number of major hubs to sign on to a Fossil-Fuel-Free Streets Declaration, introduced in 2017. Signers of the pledge promise to switch to all electric buses by 2025 and ban all carbon-emitting vehicles from their roads by 2030. Los Angeles was joined by fellow American metropolis Seattle, along with the cities of Athens, Barcelona, Cape Town, Madrid, Milan, Mexico City, Rome, Vancouver and a number of others.

Only the United Kingdom and Spain's plan explicitly target hybrid cars as well as purely combustion vehicles, though other plans may end up sweeping up the more efficient vehicles, as well. There's good reason for it: while hybrid vehicles are far more fuel efficient than the alternative, they still manage to contribute a considerable amount of carbon. According to HowStuffWorks, the average hybrid car emits about 51.6 pounds of carbon every 100 miles compared to the 74.9 pounds of carbon pumped out by a traditional car over the same distance. That considerably shrinks the impact of the hybrid car over time, but is still produces considerably more emissions than an electric vehicle would, assuming the electric car is being charged on a power grid that gets its energy from renewable power sources. In countries that are still heavily reliant on coal and natural gas to fuel their grids, the efficiency of electric cars is somewhat negated — though there are still fewer emissions produced while on the road. Still, some believe that hybrids are simply a patchwork solution and may actually slow down the adoption of full electric vehicles, extending the lifespan of cars that rely on fossil fuels, even if they are burning them less frequently and more efficiently.

Getting rid of gas-powered cars will be no small undertaking. In rural countries or places with massive sprawl, cars often seem like a necessity. There are always ways to counteract this — heavily investing in public transit, encouraging telecommuting and remote work, make cities more friendly to pedestrians and bikers — but all these efforts take time to implement. All of these changes are part of the broader effort to do away with the carbon that is produced by commuting and transporting goods over long stretches of land. It will also require cooperation from car manufacturers, who will have to make electric vehicles affordable and accessible in order to meet the new standards put in place by cities and countries looking to ditch fossil fuels. The window for these types of decisions to have an actual effect on the future of the planet may be narrowing, as evidence seems to suggest that climate change is accelerating. Most nations are well behind their target goals established by the Paris Climate Agreement. Ditching fossil fuel burning cars would be a major step in the right direction. Hopefully the change isn't too little, too late.

More like this
Plastic Free July is the perfect opportunity to kick our pandemic habits
By AJ Dellinger
Amid daily reports of catastrophe, Americans are finally starting to realize climate change is bad
By AJ Dellinger
Bernie Sanders simply does not care about your archaic Senate rules
By AJ Dellinger
Stay up to date