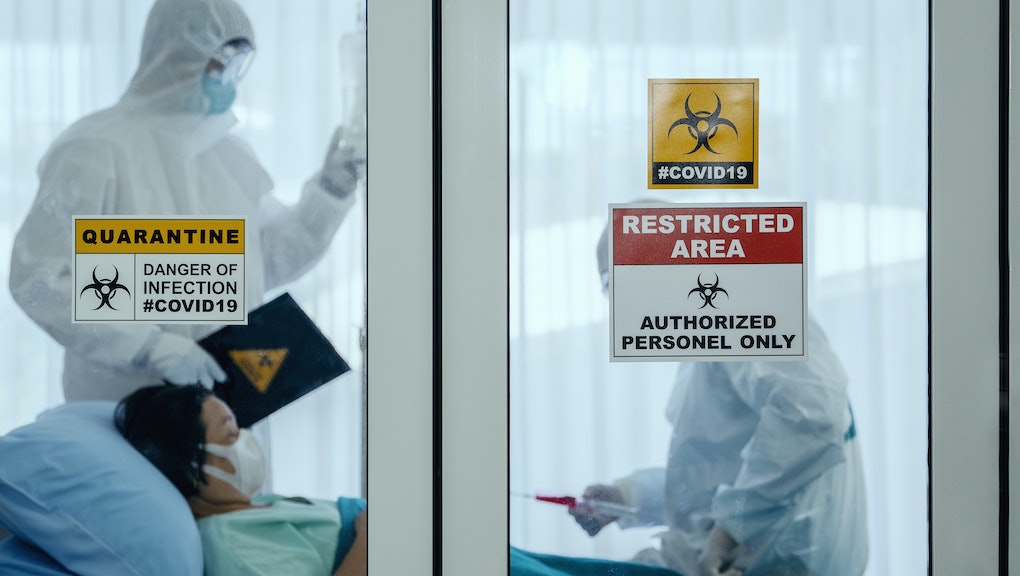 The U.S. just recorded 50,000 coronavirus cases in a single day

The United States may be in for a long, long summer. There have already been over 2.7 million cases and nearly 130,000 deaths due to coronavirus, yet somehow, the numbers are still getting worse. On Wednesday, the U.S. reported more than 50,000 confirmed cases of coronavirus, making a new daily record.

The new record was originally reported by The Washington Post. However, a John Hopkins University database also said that health officials reported about 50,700 new coronavirus cases. The previous single-day high was 45,300 cases, so it is a significant increase.

Last month, 10 states reported a record number of new coronavirus cases, including Arizona, Texas, California, and Florida. While President Trump has tried to blame increased testing for the surge of cases, health experts say that's not what's happening. To start, you wouldn't see numbers going up if people were social distancing as they should.

Dr. Jake Deutsch, founder of Cure Urgent Care in New York City, told NBC News that his clinics are conducting double the number of tests compared to the spring. Deutsch credits the fact that his clinics only get about a dozen positive tests each week to New York's delayed reopening.

For now, it seems the American epicenter of coronavirus has moved west and south out of New York. Rather than responding to the surge in cases, Trump moved ahead with his flop of a rally in Tulsa, Oklahoma, last month. At least eight campaign staffers at that event have since tested positive for the coronavirus. And this weekend, Trump is expected to appear at a July 4 fireworks show that experts fear could be a hotspot for spreading coronavirus.

Perhaps even worse, Trump is holding onto the idea that coronavirus will somehow disappear on its own. During an interview with Fox Business on Wednesday, Trump said, "We're headed back in a very strong fashion ... And I think we're going to be very good with the coronavirus. I think that at some point it's going to sort of disappear, I hope."

Throughout the pandemic, Trump hasn't heeded the advice of health experts. But ignoring a virus won't make it disappear. In fact, while he can't give exact numbers, Dr. Anthony Fauci, the director of the National Institute of Allergy and Infectious Diseases, warned that coronavirus cases in the U.S. could hit 100,000 per day if things do not get under control.

“I can’t make an accurate prediction, but it is going to be very disturbing, I will guarantee you that,” Fauci told senators while testifying on Capitol Hill. “When you have an outbreak in one part of the country, even though in other parts of the country they are doing well, they are vulnerable.”

Since the pandemic began, the Trump administration has focused more on appearances and the economy over actual lives, hence the rush to reopen businesses. While unemployment fell to 11.1 percent in June, that doesn't mean the outlook for the pandemic is looking good.

Unemployment rates may be falling, but what does that mean if those rates are just signifiers of the fact that people have no choice but to work even if it's still dangerous? During a pandemic, people should be able to stay home, period. But instead, the extended unemployment benefits doled out by Congress are set to run out by the end of the month. The Senate is sitting on the HEROES Act, which would offer people more aid, including a second stimulus check. And now, the Trump administration has decided to go after Obamacare when it's likely that people need health care more than ever.

As businesses reopen, there are racial dynamics to consider, too. Black people have been disproportionately impacted by coronavirus. In mid-June, surveys found that Black people were more likely to say a family member or close friend had died of the coronavirus or respiratory illness since March.

Remember too that work is racialized in the U.S. Research from the Current Populations Survey found that Black people are more likely to be employed in essential services than white people at 37.7% compared to 26.9%, respectively. As politicians rush to reopen businesses, communities that were already vulnerable are likely to be put at increased risk all over again.

Trump may "hope" that coronavirus disappears. But that isn't enough. Politicians are the ones with power. When you have the ability to act and refuse to do so, you don't get to fall back on hope.