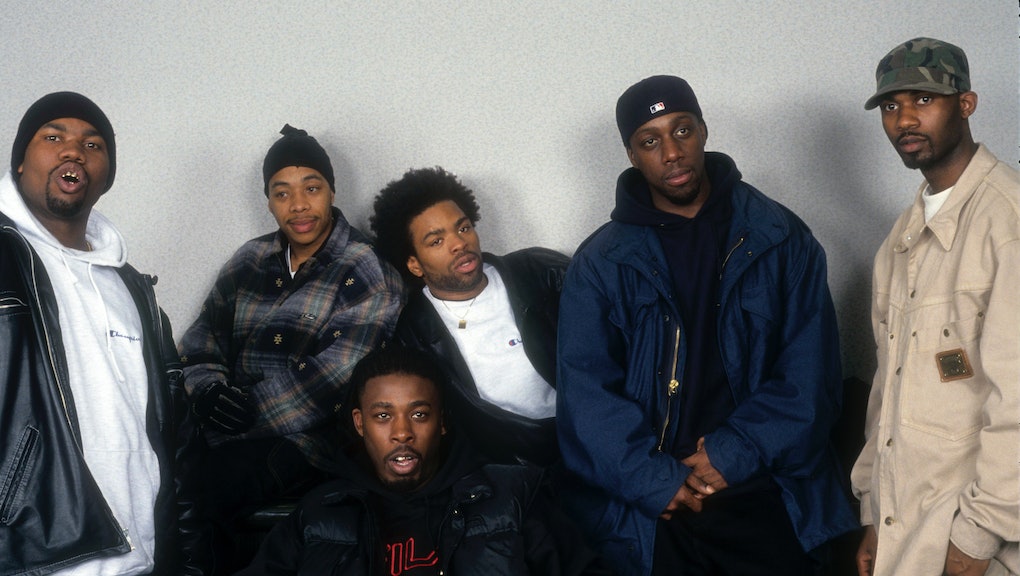 The U.S. just sold Wu-Tang Clan’s rarest album after targeting them for years

If you need any proof that no one writes a better script than God, look no further than what Wu-Tang Clan's Once Upon A Time in Shaolin has gone through over the last six years. This week, Jacquelyn M. Kasulis, the acting United States Attorney for the Eastern District of New York, announced in a statement that the U.S. government had successfully sold Wu-Tang Clan's Once Upon A Time In Shaolin to fulfill the debt owed by imprisoned hedge fund manager oft-known as "Pharmabro," Martin Shkreli.

Everyone reading this probably have thousands of questions. Who purchased it? How much was it sold for? Did government agents bump the Wu-Tang Clan album before turning it over to its new owner? Unfortunately, those questions are left unanswered for now as terms of the sale stipulated the buyer nor the price of the purchase could be publicly disclosed. However, court documents from April showed federal prosecutors stating that Shkreli still owed the government $2.2 million of the $7.36 million he was ordered to pay as part of his conviction for committing fraud. Speaking with The New York Times, Shkreli’s lawyer, Brianne E. Murphy, suggested the album sold for at least $2.2 million.

The U.S. government seized the album from Shkreli during his March 2018 sentencing, a move criticized by Wu-Tang Clan founding members Method Man and Ghostface Killah in a comedy sketch during an April episode of The Late Show with Stephen Colbert. During the sketch, Method Man and Ghostface Killah air their grievances to a cookie resembling former Attorney General Jeff Sessions, telling the cookie to give the album back because "that album belongs to the people."

Recorded over a six-year span starting in the late 2000s, a single, ornately-packaged copy of Once Upon A Time In Shaolin was sold to Shkreli in May 2015 for $2 million as part of an auction. From the moment the album was sold, key members of the group took issue with the handling of their music. Method Man hated the part of the sale which stipulated the album cannot be commercially released for 88 years from the date of the transaction. After blatantly telling XXL "fuck that album," he clarified himself. "When music can't be music and y'all turning it into something else, fuck that," he said. "Give it to the people if they want that shit." Ghostface and Raekwon voiced similar concerns, but ultimately saw how the end goal, which was getting adequate value for their art as musicians only made pennies from streaming services, justified the means to get there.

Shkreli rose to infamy as the face of all that was wrong with white male privilege after he hiked the price of parasitic infection treatment drug Daraprim by 5,000 percent overnight, and as a result raising the annual cost of treatment for patients who desperately needed it by hundreds of thousands of dollars. After finding out Shkreli was the one who purchased the album, RZA decided to donate some of the proceeds to charities such as the Bay Area's Hip-Hop Chess Federation. Even as much of a reprehensible slime ball as Shkreli is, he wasn't the strangest owner of the album — the U.S. government was.

When the U.S. government got its collective paws on the most valuable Wu-Tang Clan album ever, it was nearly 20 years after the Federal Bureau of Investigation began trying to build a case against Wu-Tang Clan as a gang and money laundering front. Detailed in the FBI's file on Wu-Tang Clan member Ol' Dirty Bastard released in 2012, the FBI heavily monitored the group until ODB's death in 2004. In an ironic twist, today's sale of Once Upon A Time In Shaolin, is another reminder of how the U.S. government has only valued Wu-Tang Clan's music in connection to criminality.

This entire ordeal would make for great film once director Paul Downs Colaizzo, RZA, and Netflix finally release their Netflix project, which was reported on last August. Until then, there are plenty of articles to read, and other timeless Wu-Tang songs to sharpen your samurai swords to.