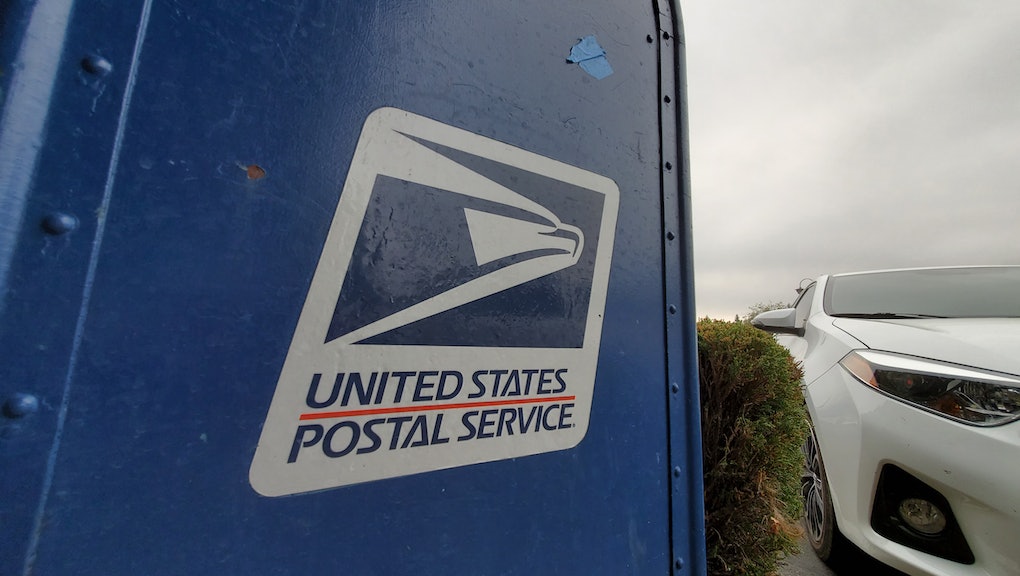 With the coronavirus pandemic still ongoing, millions of Americans are counting on the United States Postal Service to be able to cast their absentee ballot. However, this summer has brought numerous questions about whether or not USPS will be prepared for the influx of mail. Court documents submitted Wednesday and reviewed by CNN show that USPS removed over 700 mail sorting machines this year. That's the most machines removed in the past four years, despitethe fact that 2020 is an election year.

The past few months have illuminated President Trump's slow, sinister betrayal of the USPS. With the appointment of Louis DeJoy to postmaster general, workers were met with a slew of new guidelines that slashed overtime, branch hours, and essentially prevented them from doing their jobs.

Then last month, documents obtained by CNN showed hundreds of mail sorting machines were slated for removal in dozens of cities this year. On Wednesday, top-ranking agency officials submitted written testimony and documents to a federal court in New York confirming USPS removed 711 machines this year.

By itself, machines being removed isn't unusual. That happens when they become outdated. However, the sheer amount of machines removed this year is a dramatic increase from the past. CNN reported that USPS removed about 388 machines per year from 2015 to 2019, meaning the total this year is near double the usual amount. Although USPS official Jason DeChambeau wrote in the documents that the decision to remove machines predates DeJoy (who assumed his post this summer) and follows a significant mail decrease due to the coronavirus, it's still not looking good for anybody.

Because even if the decision predates DeJoy, it doesn't predate Trump, who has increased his war on mail-in voting this summer. Trump continues to falsely claim that widespread mail-in voting will lead to widespread fraud, in an attempt to delegitimize the election before it's even occurred. On Thursday, Trump tweeted, "Sending out 80 MILLION BALLOTS to people who aren’t even asking for a ballot is unfair and a total fraud in the making. Look at what’s going on right now!"

Regardless of whether the decision to remove machines predates DeJoy, he's the one in charge now and there have been lingering concerns around his appointment. Before becoming the postmaster general, DeJoy was a top GOP fundraiser who contributed over $1 million to the Trump Victory Fund. When asked about reinstalling mail-sorting machines at a virtual congressional hearing last month, DeJoy said, "There's no intention to do that, they're not needed."

Now, Congress is paying even more attention to DeJoy following a Washington Post investigation. The Post's report claims DeJoy pushed employees to donate to Republican campaigns and reimbursed them with salary bonuses — which, if true, is thoroughly illegal. In response, Trump said he would be open to an investigation although he said he wasn't familiar with any of the details.

It's possible that Trump may try to distance himself from DeJoy and let him sink with the ship. After all, Trump has been planning his re-election since the day he was inaugurated. He's unlikely to let anybody or anything stop him — hence his continued war against the USPS. While the House passed a USPS aid bill last month to fix Trump's damages, it's unlikely to get through the Senate. And besides, it'd be difficult to undo everything before the election occurs in just over 50 days.

More like this
Georgia's voter suppression law is bad, Coca-Cola and Delta have finally decided
By Rafi Schwartz
Republicans aren't even pretending to be interested in democracy anymore
By Rafi Schwartz
Is it time for America to have a legit third party?
By Rafi Schwartz
Stay up to date