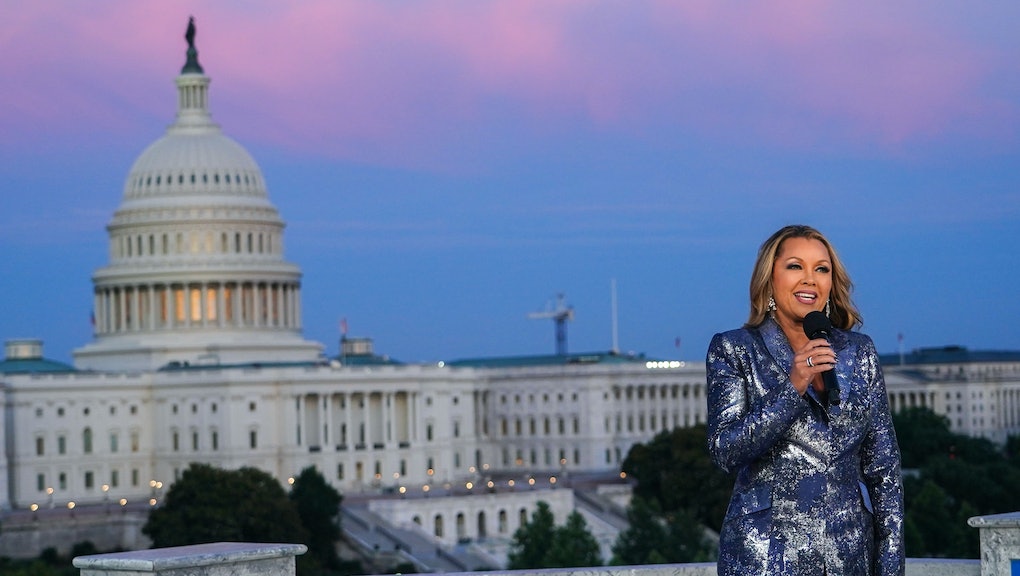 Over the weekend, singer and actress Vanessa Williams unwittingly stirred up controversy over her performance during PBS’s annual A Capital Fourth event celebrating Independence Day. Alongside "The Star-Spangled Banner," the nation’s anthem, Williams also performed “Lift Every Voice and Sing,” a historical hymn that is often referred to as the “Black national anthem.” Rather predictably, an online mob was stirred up.

Some ludicrously claimed that now every race would need their own anthem, and that Williams’s singing “Lift Every Voice and Sing” was somehow a tool of division and a sign of disrespect to the country. The hubbub was, as with all disrespecting-the-flag-type outrage, faux-patriotism masking racism.

The more telling aspect of the incident was that the entire controversy hinged upon the semantics of a headline, when The Hill tweeted that Williams would be performing the “Black national anthem” for the special. If Williams had simply performed the song for the special, sans Twitter headline, no supposed dirtying of the sanctity of America’s founding mythos would have been detected, which is to say: there is nothing divisive being done in the first place.

Moreover, Williams still performed the actual national anthem alongside “Lift Every Voice and Sing,” a performance that was intended to honor Juneteenth and its recent mark as its own (very American) official federal holiday. How might performing one historical American song alongside the anthem somehow diminish the latter? Of course, it doesn’t. But the celebration of Black history or anything not explicitly conforming to the mythos of white history, will always be framed as some sort of American-historical erasure, which in itself is a front for what is truly the output of an unfounded anxiety of white erasure.

The angered response, though, did well to exemplify a more honest truth: that this hero worship over the historical ideals of America, its legacy and what it represents, is what makes 4th of July such a dubious day of celebration. Beyond the fun excuse for family gatherings and fireworks, Independence Day is not an unassailable point of pride for many Americans.

To completely buy into the full-throated celebration of America’s founding is to inadvertently celebrate the nation's centuries-long trail of grave sins, its global web of horrors. But if anything, jingoism has always been synonymous with America, so the entire controversy was, in a sense, a thoroughly American incident, one that is more appropriate for the 4th of July than anything else.

More like this
Matt Damon would like your forgiveness now
By Brandon Yu
Why the buzz around Kanye West's new album feels different
By Brandon Yu
This restaurant's viral anti-vax stance is a sad, predictable sign of our culture wars
By Brandon Yu
Stay up to date