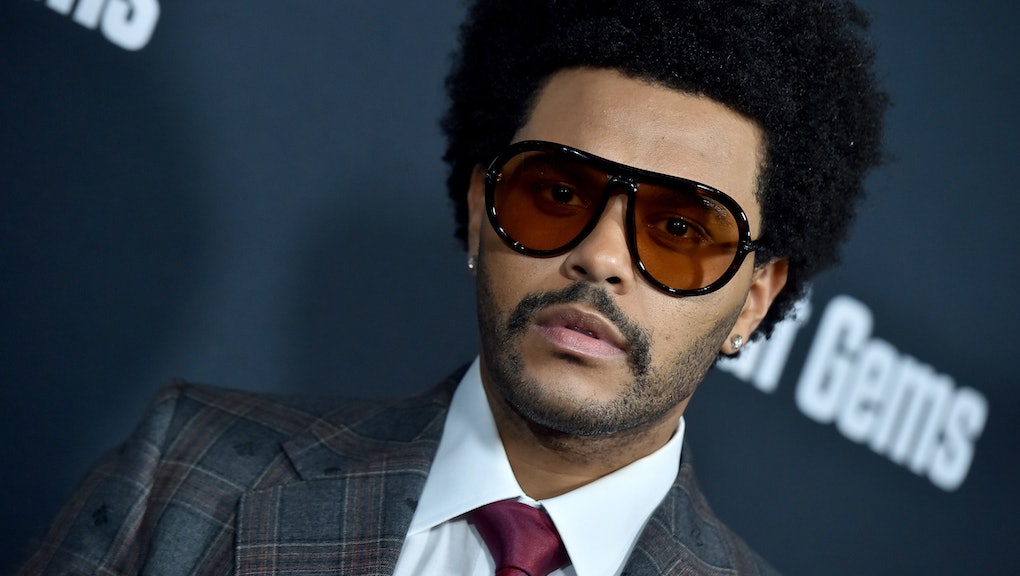 Has any artist ever kicked off their career as an anonymous R&B singer, almost singularly focused on coke and libido...and wound up at the Super Bowl Halftime Show just a decade later? No? When The Weeknd performs at the Halftime Show next February, this won’t be his only uncharted territory. It’s a baffling career arc, but well-suited for the first halftime show performer to take the stage during a rapidly worsening pandemic.

No matter how many years he’s been a bona fide pop star, there’s still no getting used to seeing earnest excitement from Abel Tesfaye. “We all grow up watching the world’s biggest acts playing the Super Bowl and one can only dream of being in that position,” The Weeknd said in a statement. “I’m humbled, honored and ecstatic to be the center of that infamous stage this year.”

Infamous is one reading of things: with the game set to take place in Tampa on February 7, we have every indication that COVID-19 could further spiral into the winter. The state of Florida removed capacity restrictions for live events in October, but the state’s three NFL teams voluntarily limit crowds at 25% capacity. If the NFL has any sense by this point, it’ll do away with fans completely and be content with the Super Bowl ad money — the bounty from a season that shouldn’t have happened in the first place.

While it’s amusing to imagine the decidedly family unfriendly content of the Weeknd’s biggest hits on the Super Bowl stage, he’s had kind of unprecedented staying power in a year that’s promised anything but. By virtue of little competition, his latest record After Hours and “Blinding Lights” have just lingered on the charts — with his smash single occupying a top 5 chart spot for 32 weeks, the longest such run in Hot 100 history.

In a year that’s found some of the biggest pop artists avoiding the pandemic outright, failing to recapture their old spark, or pursuing new directions entirely, the Weeknd just kind of makes sense for the gig. The Halftime Show is always something of an undesirable job for artists, and no more than when faced with the prospect of minimal capacity. A bloodied Weeknd taking the Super Bowl stage in an empty stadium during a plague is both the weirdest possible outcome and the only one that makes sense in this terrible year.