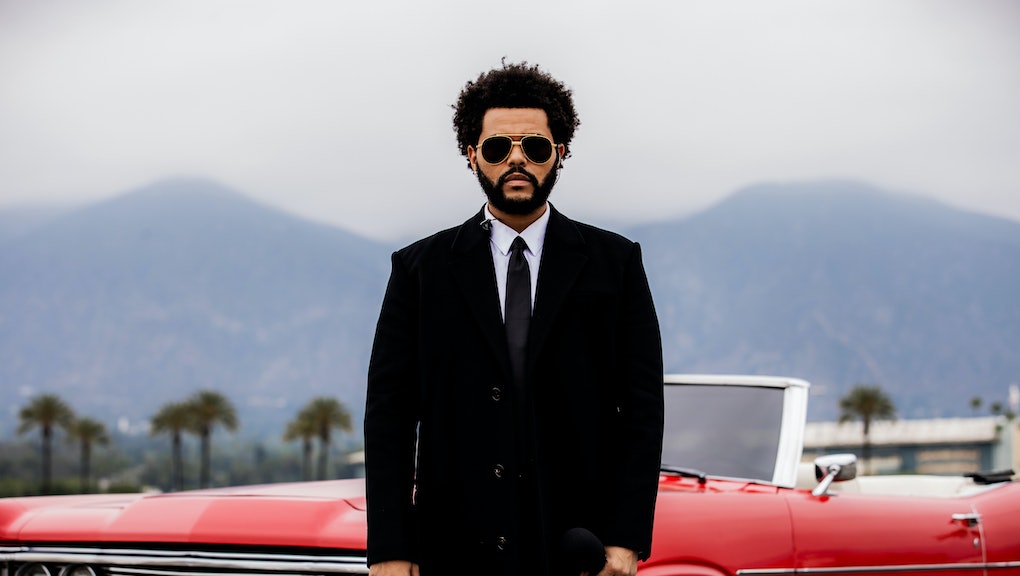 The Weeknd is diving deeper down the rabbit hole of darkness, and this time he's found himself in a cult. The Weeknd is set to star in and co-write his first TV show, HBO's The Idol, about a female pop singer who dates the owner of an L.A. club but also runs a secret cult on the side. And if you listened to any of The Weeknd's music, you know he's been singing like a cult leader for a decade.

Cult leaders are typically maniacal dictators who have a way with words so clever, they can convince people of an alternate reality that eliminates the leader's manufactured fears. Jim Jones convinced 900 people to consume poisoned Kool-Aid as an act of "revolutionary suicide" against government agencies coming to infiltrate the cult and murder its members, largely because he looked like he could be a movie star. The Weeknd may have not urged his fans to indulge in his conspiracy theories with mass suicide, he has made his name on cult-like lyrics.

On "Heaven or Las Vegas," the druggy crooner beautifully sings "They say they want God/ I say I have heaven/ I say I am God," with the conviction of a man with a god complex that's a prerequisite for leaders of successful cults. On "High For This," he tells a woman "you're going to want to be high for this" like a cocaine enchanter or like Jim Jones as he watched people shove poisoned purple drank down their throats. Let us also not forget, this is the same man who said in a recent interview his more drastic lyrics are him simply playing a character.

His latest album After Hours might have the closest connection to his upcoming TV show. The Idol is set in Los Angeles, so it'll more than likely focus on one's disillusionment with the glamor of L.A. After Hours, namely the accompanying music videos, tell the story of a man in Las Vegas going from partying and drinking to committing murder. Add in the fact has has consistently appeared in public as his red-and-black suit wearing, bandaged character, and you can see how The Weeknd has been preparing for The Idol for years, whether he knew it or not.

The show hasn't been shot yet and is already getting help from hit HBO series. He co-created the show with producer Reza Fahim, as well as Sam Levinson, the creator of HBO's acid trip masterpiece Euphoria. Mary Laws will write on the show and has written on HBO's best drama in years, Succession. If The Idol can marry Euphoria's phantasmagoric visual storytelling with Succession's penchant for highlighting the depravity in the decadence, The Idol could be an award-worthy show.

The Weeknd isn't new to delving into the dark corners of the world on-screen. He made his acting debut in the Safdie Brothers' maddening film Uncut Gems. In it, he plays himself in a cameo scene where he performs at a nightclub before fighting Adam Sandler's character Howard Ratner after The Weeknd entices Howard's girlfriend Julia De Flore (Julia Fox) to do some cocaine in the bathroom.

It's clear The Weeknd who used to release dark R&B mixtapes on the internet for free is now making a dark drama on HBO. At least, he's playing the role he's always played his entire career.

More like this
Dua Lipa has officially distanced herself from DaBaby
By Kara Weisenstein
The U.S. just sold Wu-Tang Clan’s rarest album after targeting them for years
By Keith Nelson Jr.
Britney Spears is one step closer to escaping her father's control
By Kara Weisenstein
Stay up to date