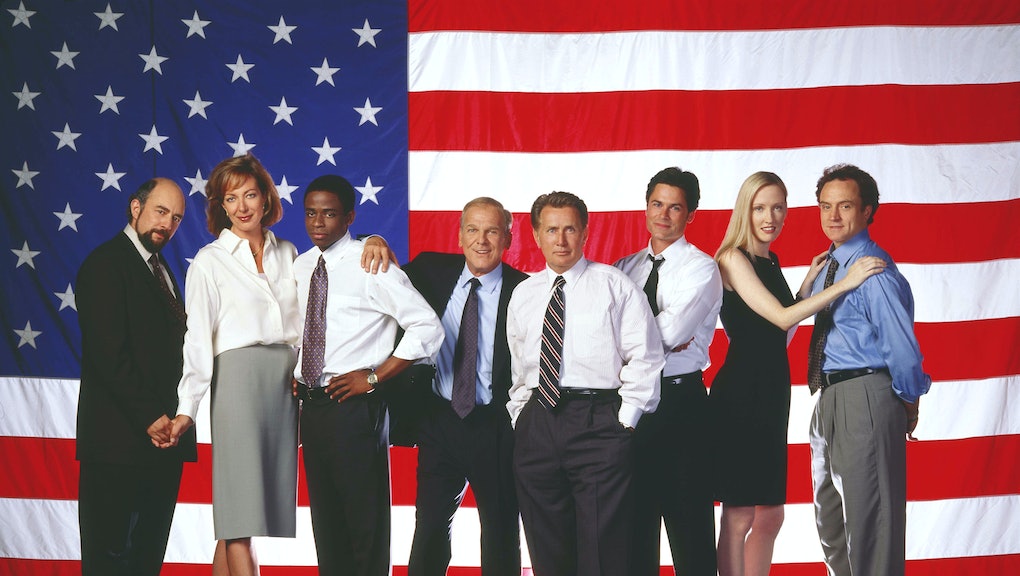 This is just a hypothesis, but you’d have to imagine the Venn Diagram of “fans of The West Wing” and people who’d voluntarily tune into a presidential debate is a flat circle. Nevertheless, HBO Max is rolling the dice on premiering its West Wing reunion special on October 15, the same day President Donald Trump and Joe Biden are set to take the stage for their second debate.

You’d be forgiven for thinking this is akin to liberals screaming VOTE into the void at each another on Twitter, but it should make for one of the higher-profile pandemic television reunions. That the cast won’t be united for the first time in 17 years on an awkward Zoom call, or with a weird postscript storyline is a victory alone. Over the weekend, Schiff shared a few face-shielded set photos to Twitter, proving this thing’s already well underway:

The debate night clash might have been a problem if it was set to air on NBC or a cable network, but the overlap should be fine for a streaming service. That’s the one benefit of a streamer — it’s not counterprogramming so much as seizing a moment and letting its shelf life run for a few days or weeks after its premiere. Still, it’s objectively hilarious to see The West Wing promote a voting campaign to a few million people who were almost certainly already onboard with the concept in the first place.