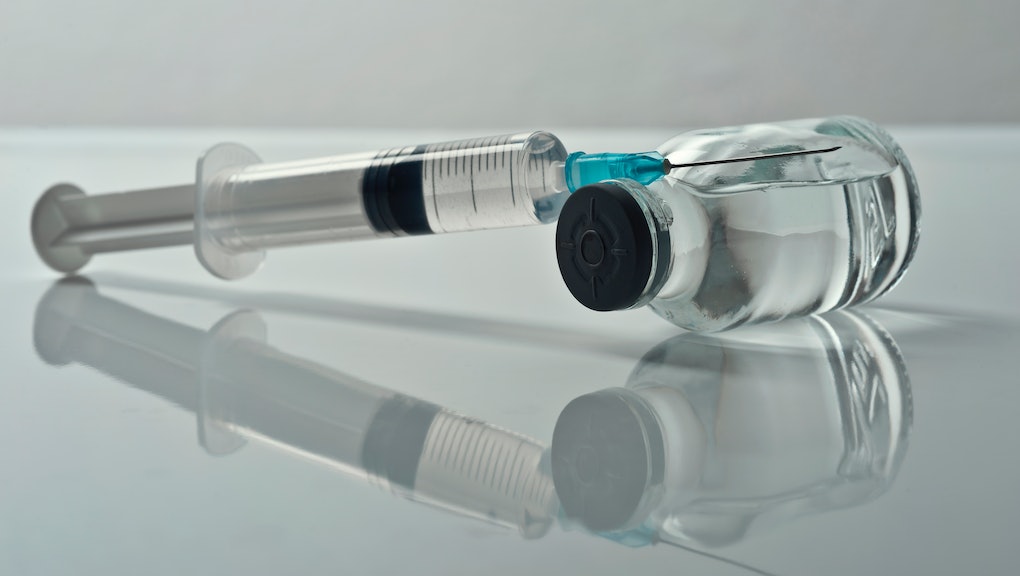 The White House approves the FDA's coronavirus vaccine guidelines, much to Trump's chagrin

The Food and Drug Administration released new coronavirus vaccine development guidelines on Tuesday, after White House officials had blocked the agency from doing so for two weeks, the New York Times reports. The guidelines would most likely prevent a vaccine from being authorized until after Election Day on November 3.

The White House’s Office of Management and Budget’s pulled the one-eighty a day after the Times reported on how White House officials were keeping them in limbo. President Trump essentially accused the FDA of trying to ruin his chances for re-election in a tweet on Tuesday night, in which he tagged the agency’s commissioner, Stephen Hahn, per the Times: “New FDA Rules make it more difficult for them to speed up vaccines for approval before Election Day.”

So far, four vaccines are in phase 3 trials, the final stage of clinical trials, in the U.S., and a fifth from Maryland-based Novavax could begin this month, the Times reports. Trump, however, seems dead set on a vaccine breakthrough by Election Day, and has even personally called drug companies, pressuring them to hasten their vaccine trials, according to CNN.

The FDA has been trying to accomplish the delicate balancing act of expediting vaccine development, but not so much that it would endanger those who’d receive it, according to the Times. On September 21, amid opinion polls revealing eroding public trust in what could end up being a hastily-developed vaccine, the FDA sent the new guidelines to the White House for approval. The guidelines are meant to assure vaccine developers that they’d all need to meet the same standards, and to strengthen Americans’ trust in a vaccine.

But the guidelines languished for two weeks, thanks partly to White House chief of staff Mark Meadows, those close to the situation told the Times. The primary source of contention? A recommendation to follow up on vaccine clinical trial participants for a median of two months after they receive the final dose before the vaccine can be approved, which would probably push emergency authorization past November 3.

FDA officials explained that researchers need the two-month follow-up to pinpoint any adverse effects and confirm that the vaccine actually safeguards people against COVID-19 long-term, the Times explained in their October 5 article. The new guidelines also require the placebo group to include at least five cases of severe coronavirus infection to demonstrate that the vaccine under study can prevent severe COVID-19, not only mild to moderate illness.

Meadows told Hahn the guidelines would essentially change the rules on drug companies mid-clinical trial, and hinted that FDA scientists held too much sway over Hahn, a senior administration official told the Times.

A October 2019 executive order that makes it harder to issue such guidance allows White House officials to interfere in them, the Times notes. Still, the FDA continued to share parts of its new guidance in letters to companies working on developing coronavirus vaccines. Johnson & Johnson, along with some other vaccine developers, publicly stated they’d follow the FDA’s guidance, with or without the OMB’s approval, the newspaper reported on October 5.

In an otherwise bleak news cycle, I’ll take the White House’s pushback against the President, whose fixation on rushing a coronavirus vaccine suggest a disturbing (but perhaps unsurprising) willingness to risk American lives to secure a second term. Approving vaccines takes time for a reason: to ensure they’re not only effective, but safe. Rushing the process might deliver a vaccine in time for the election, sure, but it might be one we feel uncomfortable taking, and endanger those who do decide to take it.