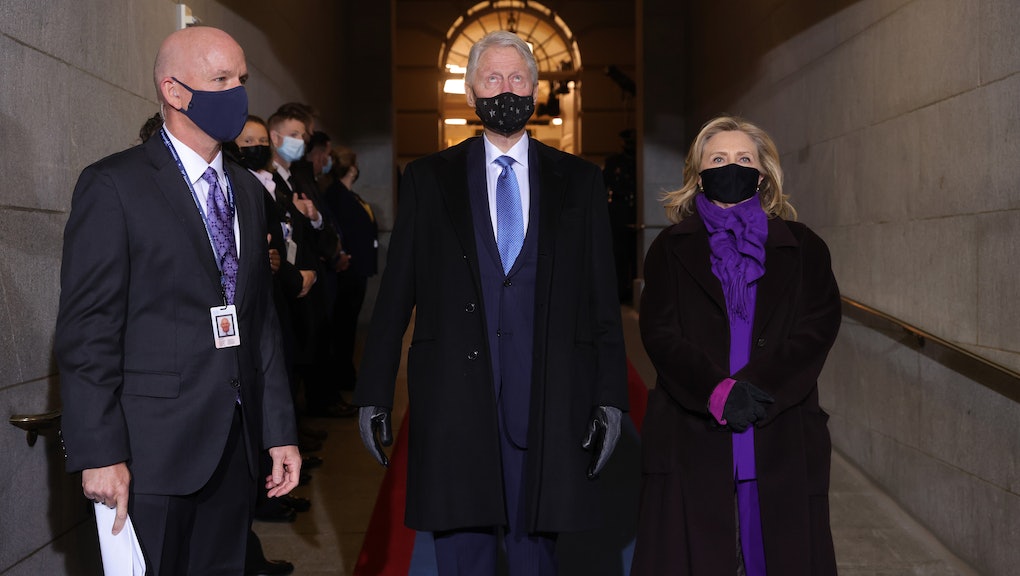 The inauguration of President Joe Biden has given Americans a strange feeling. Everything seems ... normal? And that sensation that has been felt so rarely in recent years has people celebrating even the smallest, simplest things, as if they are an accomplishment that we've spent a lifetime fighting for. Case in point: The White House website once again recognizes that climate change is real and caused by human activity after a full four years of climate denialism from the federal government, and people are hype about it.

You may have forgotten about it, because pre-Trump existence feels like a distant fantasy, but at one point, the executive branch believed in climate change. Under the Obama administration, the federal government trusted the scientific consensus that climate change is caused by humans pouring excessive amounts of greenhouse gases into the atmosphere. And then Donald Trump happened.

Once Trump took office, "climate change" was effectively removed from the vocabulary of the federal government. As soon as the Trump administration took office, it took steps to wipe references to climate change from the White House website. That was followed by orders forcing the Environmental Protection Agency to delete any mention of climate change on its site. The Department of Agriculture meanwhile banned the use of the term in its reports. These changes reflected the beliefs of Trump who, despite claiming to "know more about the environment than most people," called the very real threat a hoax that was "created by and for the Chinese in order to make U.S. manufacturing non-competitive."

Instead, the environmental priority for the Trump White House was to cut regulations, rather than clean up pollution or reduce carbon emissions. "President Trump is committed to eliminating harmful and unnecessary policies such as the Climate Action Plan and the Waters of the U.S. rule," his White House website read.

Now that Biden has been sworn in as the 46th president of the United States, the government once again believes what science has been screaming. Shortly after Biden took the oath of office, the White House website was updated to recognize climate change not only as a reality, but in fact as a priority of the incoming administration. "President Biden will take swift action to tackle the climate emergency," the White House site now reads. "The Biden administration will ensure we meet the demands of science, while empowering American workers and businesses to lead a clean energy revolution."

Biden put climate change front and center during his campaign, and he. has lined up a series of actions that he will take on his first day in office to address the issue. Those will be welcome and necessary changes, particularly after the last four years. But returning to the status quo and trusting scientific consensus should hardly be considered the gold standard. The bar has just been set so low that stepping over it while it is laying on the ground feels applause-worthy.