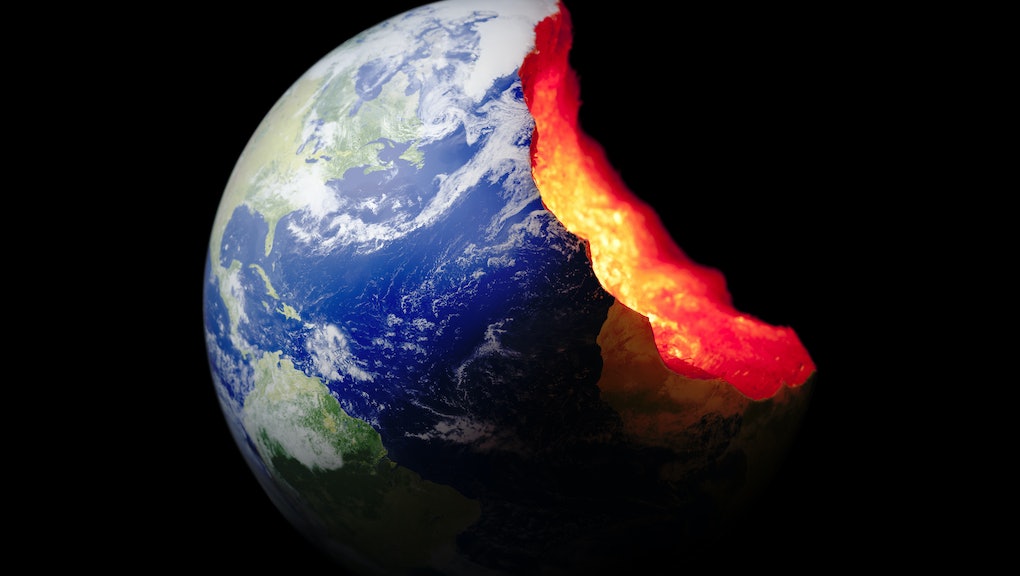 Beneath the Earth's crust, where the mantle meets the outer core, there is a collection of unexplainable rock blobs that are hundreds of miles long. This isn't the exposition for a sci-fi flick about monsters living under the planet's surface, it's a genuine mystery. These so-called "large low-shear velocity provinces" (LLSVPs) have been deep down in the planet's core for an unknown period of time, and new research suggests that they might be even bigger than we first thought.

These blobs, also sometimes referred to as thermochemical piles, are likely not new, but there is still much to learn about them. In 2016, researchers took a look at two of the largest blobs, which are hanging out beneath the Pacific Ocean and under Africa. The study estimated the rock piles accounted for nearly 10 percent of the mass of the Earth's entire mantle, but it turns out the blobs might be even bigger than that. A recent study published in the journal Science found that there are previously undiscovered features along the edges of the Pacific blob, described as being thousands of kilometers across.

Scientists discovered these previously unknown features by studying seismic waves, or sound waves that are generated by earthquakes. These waves are typically slowed down by the blobs, which are hotter and denser than other parts of the surrounding mantle. This is particularly true of the ultralow-velocity zones (ULVZs), which are found around the edges of the blobs.

To get a better idea of just how big these masses are, the researchers decided to create a new map of the ULVZs found around the Pacific Ocean blob. To do this, they used an algorithm known as "the Sequencer." While it was initially developed to find patterns in stellar radiation, the algorithm proved useful in mapping parts of the blob because of its ability to identify objects of different temperatures. Researchers collected 7,000 seismograms, which are measures of seismic waves, created by earthquakes that were recorded in Asia and Oceania between 1990 and 2018. All of the quakes were of magnitude 6.5 or greater. They ran those measures through the algorithm, which allowed them to trace the shape of the blobs, revealing more details about their size and structure. They found that the previously undetected ULVZs stretched for about 620 miles, reaching the Marquesas Islands in the South Pacific Ocean. Another part of the blob extended all the way to the Hawaiian Islands.

What this all means still isn't exactly clear, even to the researchers who discovered it. Based on their location, the experts reason that it is possible the newly discovered parts of the blob could feed into collections of hot rock in the upper mantle that cause volcanic hot spots on the Earth's surface. But understanding exactly what these blobs do and how they got there will require a lot more research. Even though the planet is more than 4.5 billion years old, we still have a lot to learn about it.

More like this
For the record, this lake in Patagonia is not supposed to be neon pink
By AJ Dellinger
Amid daily reports of catastrophe, Americans are finally starting to realize climate change is bad
By AJ Dellinger
This is what it looks like when a city floods in real-time
By AJ Dellinger
Stay up to date