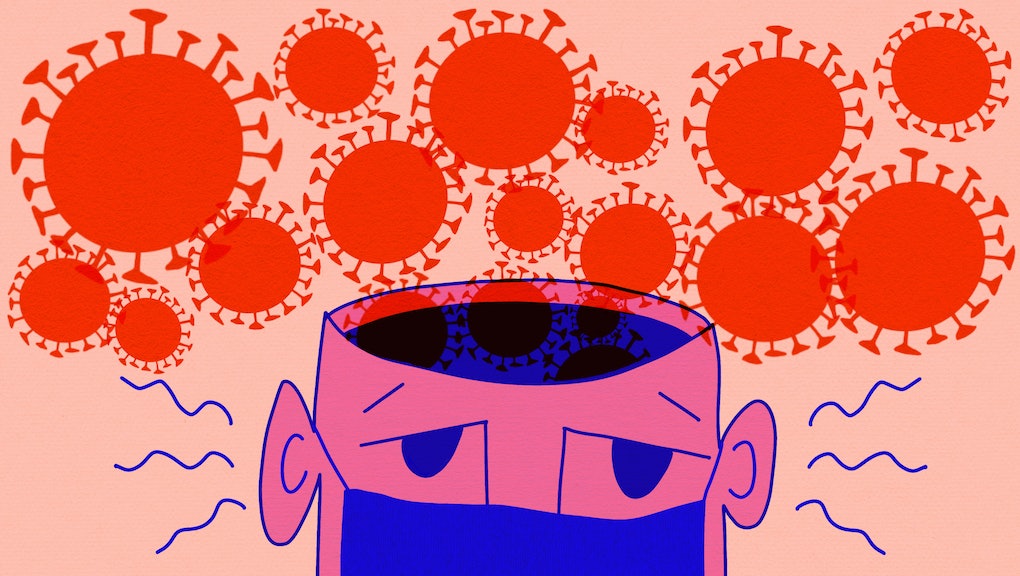 There’s a new COVID variant. Here’s what we know about Mu so far

Just like Donald Trump in the 2010s, COVID-19 keeps traveling the globe and reinventing itself — and none of us are rooting for it. This week, the World Health Organization (WHO) added yet another COVID mutation that could evade our current vaccines, Mu, to its growing list of “variants of interest.”

First things first, scientists can’t yet ascertain how deadly the Mu variant is, compared to other strains. That’s why it hasn’t yet been designated a “variant of concern”— or the most dire American designation, “variant of high consequence.” There simply isn’t enough information out there yet for us to know just how shook we should be. Trust me though, everyone is keeping an eye on it.

But here’s what we do know about the latest of these cursed variants. It was first identified in Colombia in January of this past year and then spread to 39 other countries, including the U.S. Luckily, Mu currently appears to make up only 0.1% of global COVID infections, although in Colombia, it makes up a staggering 39% of cases, according to the WHO.

WHO’s new report, which was released on Tuesday, noted that Mu has “a constellation” of mutations that could allow it to escape immune responses developed by vaccines or past COVID infections. What a poetic way to describe chaos.

A July report by Public Health England (PHE) found that Mu is at least as transmissible and resistant to vaccine immunity as the Beta variant but probably not as transmissible as Delta, according to The Guardian. Still, WHO pointed out that all of these findings need to be “confirmed by further studies.”

Even though WHO is closely observing the trajectory of Mu, the CDC has not yet added it to its own list of variants of interest and is still fixated on Delta, the variant currently terrorizing an overwhelming portion of the COVID cases in the U.S. WHO’s designation means that Mu has now joined four other variants of interest on the list: Eta, Lota, Kappa and Lambda.

As we painfully work our way through the Greek alphabet with these variants, you might be wondering how and why they crop up. Viruses are incredibly smart and continue to find new ways to survive, but they can’t kill or hurt us as easily if we’re vaccinated. The deeper we get into this pandemic, the more clear it’s becoming that there is truly just one way out of COVID hell.