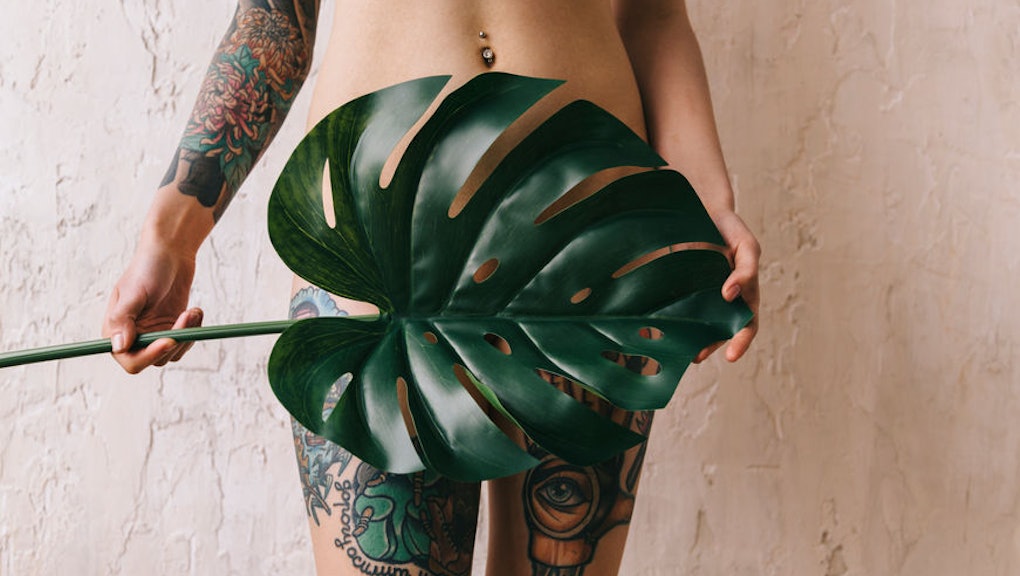 Over the past few years, scientists have tried to get everyone to pay attention to the very real effects of climate change by warning us that it will ruin, among other things, chocolate, vacations in Hawaii, high school football, maple syrup and (say it ain't so) beer.  But when scientists say that climate change will affect our sex lives, you know it's time to sit up and pay attention.

A new paper from the National Bureau of Economic Research, which tracked 80 years of data on the relationship between fertility and rising temperatures, found a link between hot weather and birth rates — namely, a decline in birth rates about eight to 10 months after days in which the temperature hit above 80 degrees Fahrenheit.

The researchers concluded that the decline in birth rates can be attributed to a decline in "coital frequency."

In other words: Hot weather makes people want to bone less, which means we have fewer babies.

To a degree, these findings are obvious. As anyone who's ever stood between two dudes on a crowded train during a heat wave knows, it's not exactly surprising that people are less interested in having sex when it's super hot out. Extreme heat causes people to sweat, which causes body odor, which causes your S.O. to make you sleep on the couch because you both smell like possums that have been lightly toasted in an oven and seasoned with toe jam.

And yet! The report has some pretty staggering implications for the United States economy at large. For starters, the researchers determined that hotter temperatures could potentially lead to a 2.6% decline in birth rate in the U.S., which could mean that, among other things, there will be fewer workers to fund Social Security benefits for retirees.

Further, a higher proportion of conception rates in the fall and winter when temperatures drop means that there will be more babies born in the summertime. This could be an issue, as both pregnant women and their babies are more vulnerable to conditions like dehydration and heat stroke in hotter temperatures.

So if you're one of those awesome, super-enlightened people who DGAF about climate change, or views it as an excuse to jumpstart your summer tanning, consider this a PSA of sorts: Global warming can negatively impact all aspects of your life, up to and including your ability to get it in. So start recycling and stuff.

This article was originally published on November 4, 2015

More like this
How youth climate activists pushed through the pandemic
By Vanessa Taylor
Biden's pledges aren't enough to avoid the worst effects of climate change, new study says
By AJ Dellinger
Somehow, a majority of Americans still don't think climate change will affect them
By AJ Dellinger
Stay up to date