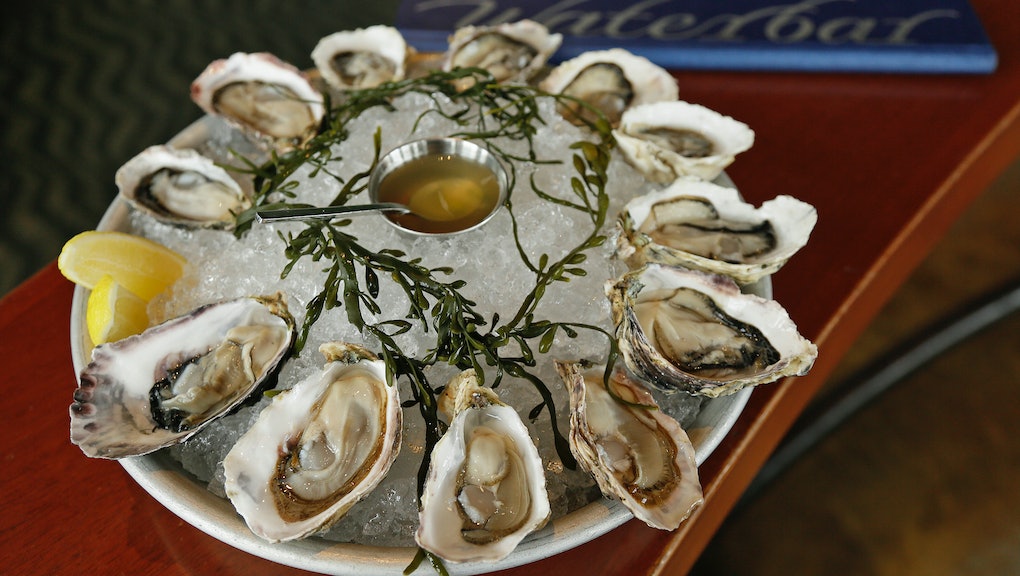 These are most environmentally-friendly fish you can buy

Seafood and sustainability go fin in fin. With 90% of the world's fisheries already over-exploited, exploited or collapsed, overfishing is a major concern.

Those who make their livelihoods from fishing and those who rely on fish for protein are already seeing major negative effects from overfishing, but the oceans and the overall environment will be, to put it gently, doomed without natural fish populations.

The good news is that education, regulations and awareness of the collapsing of our natural ecosystems can help restore some of the damage already created by overfishing. We talked to Adam Geringer-Dunn, co-owner of Greenpoint Fish and Lobster Co., a restaurant and seafood market that focuses on seasonal, traceable and sustainable seafood. To Dunn, sustainability in seafood means "not taking more out of the oceans than can be replenished."

According to Dunn, farmed shellfish like clams, mussels and oysters are the best types of seafood for the environment. "Farmed shellfish create a net positive impact on the environment," he explained. "They naturally filter the water and the shellfish farm sites create nurseries for juvenile fish species." That oyster happy hour you were debating going to? Go! You're helping future baby fish and seafood populations.

"Not all farmed fish is bad," Dunn said. "Whether we like it or not, farmed seafood will be a major if not primary source of seafood at some point in the future." While many fish farming practices are deemed bad for the environment and human health, there are some farming methods that are sustainable and preferable.

Farmed shellfish also don't go in and out of season like other fish. U.S. regulations manage when finfish populations can be fished, "allowing them to spawn and reproduce before they're harvested," Dunn said, but no such regulations exist for farmed seafood.

No matter what your seafood preference is, the key to eating sustainable seafood is knowledge. Dunn recommends asking your fishmonger about the origin of the seafood they're selling. The more information, the better.

"[Eating sustainable seafood] is important for the general health of the planet," Dunn said. "If species are wiped out, there will be greater implications and ripple effects."

Resources like the Monterey Bay Aquarium's Seafood Watch and Oceana's Sustainable Seafood Guide can also help educate consumers about which fish to avoid eating and which fish to prioritize enjoying, before it's too late for the oceans.

This article was originally published on Sep. 22, 2016

More like this
What is sploshing, the food fetish that's taking over TikTok?
By Melissa Pandika
A mother and daughter have been charged with murder after performing a back alley butt lift
By Melissa Pandika
This anxiety study is a really passive-aggressive reminder that wealth equals happiness
By Ian Kumamoto
Stay up to date