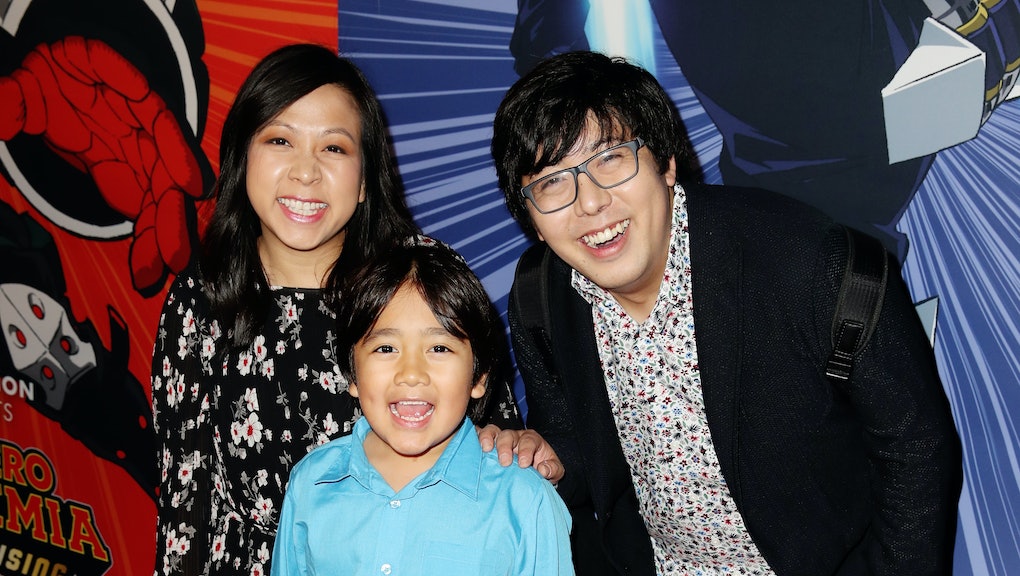 It’s never not shocking to learn that a child is making multi-millions reviewing toys on YouTube. Yet for the third year in a row, nine-year-old Ryan Kaji is YouTube’s top-earning star, according to Forbes. The youngster made $29.5 million last year from his so-called unboxing videos, where the charismatic kid removes toys from their packages and gives them a go.

Much like the lucky tykes selected to test-drive prototypes in Fisher-Price’s Play Lab for “research,” it seems like young Ryan has the sweetest gig on the planet. He also now stars in his own Nickelodeon series called Ryan’s Mystery Playdate. And there was a float based on his superhero alter ego in this year’s Macy’s Thanksgiving Day Parade. (He’s the first YouTuber ever featured in the spectacle.)

Since it’s nearly Christmas, that got me thinking it’s kind of like Santa Claus visits this kid every day. I mean, you’re supposed to behave all year so the big man leaves a few presents you really want under the tree. But “kidfluencers” live in a world where it’s Christmas year-round.

It’s not like toy companies are shelling out millions to get their product into Ryan’s small hands, however. Most YouTubers earn the majority of their money from ad revenue generated by their content. The kickback goes up when videos are family-friendly (which helps explain why so many top ‘Tubers are kids), in English, and more than eight minutes long.

Ryan (and presumably his parents) actually draw just a portion of their income from YouTube. They make most of their money from licensing deals on branded “Ryan’s World” merchandise sold at retailers like Amazon, Target, and Walmart. The line of more than 5,000 products — action figures, backpacks, bedroom decor, masks, toothpaste, and more — did $200 million in sales last year.

The Kaji clan have come under fire in recent years for not making it clear to viewers (again, we’re talking about young, impressionable kids) that all of this is sponsored content. In 2019, it was reported their enterprise was under investigation by the Federal Trade Commission (FTC).

It’s hard to say whether Ryan’s life off camera is as leisurely as it looks. Despite putting the bulk of their lives on the internet, the Kaji family has given few glimpses behind the curtain. We do know the family owns several properties, including a six-bedroom home in Cypress, Texas, worth an estimated $995,000, or 1/230th of what Ryan made last year.

More like this
Dua Lipa has officially distanced herself from DaBaby
By Kara Weisenstein
Sex workers deserve to eat well. And Meals4Heels delivers
By Lovely Brown
Long COVID may qualify as a disability — if only we could define it
By Vanessa Taylor
Stay up to date