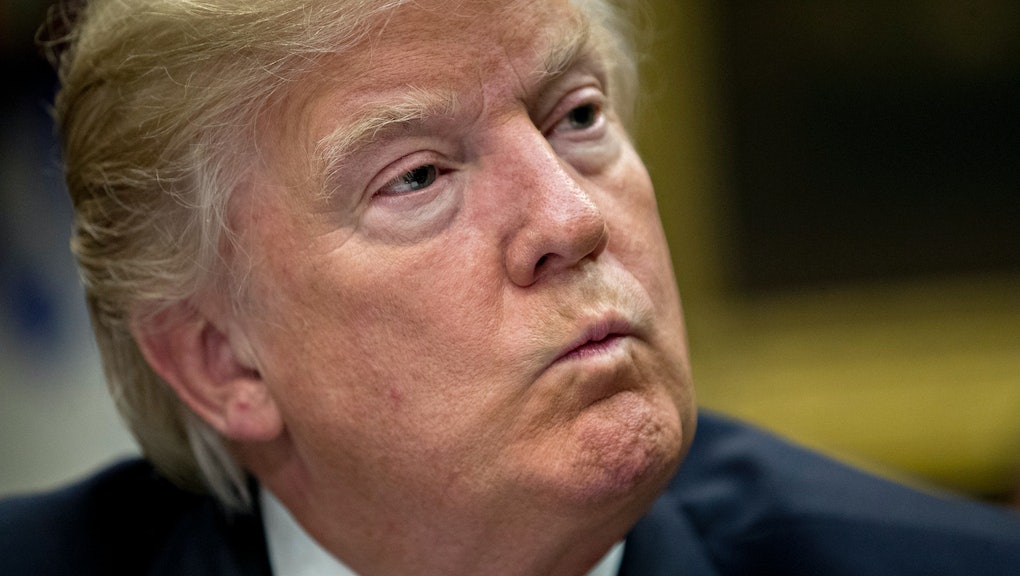 This Friday the 13th is very unlucky for Trump, who is still not the president

The so-called "Trump reinstatement theory" (if you really want to call a bunch of reality-adverse weirdos making things up out of the blue a "theory") has been bubbling in the murkier corners of the MAGA-verse for a while now, and has seen a number of notable conservatives throw their weight behind the totally imaginary prediction that Trump will return to the White House in mid-August. Among them is bedding salesman and cyber goofus Mike Lindell, who this past July claimed:

The morning of August 13 it'll be the talk of the world, going, "Hurry up! Let's get this election pulled down, let's right the right, let's get these communists out, you know, that have taken over."

Former Trump attorney Sidney Powell has also pushed her own brand of reinstatement nonsense, telling a crowd of of QAnon cultists that the former president "can simply be reinstated" although "there's not going to be credit for time lost."

Even Trump himself has reportedly bought into the hype, which isn't hugely surprising considering he has the attention span of a magpie on low-grade trucker speed and simply believes whatever is most convenient and affirming for him at any given moment.

The details, such as they are, of why Trump and Co. believe he'll be back in office today aren't worth going into. It'd be like trying to explain to a parakeet that bananas are actually Nintendos. It's all jibberish, and doesn't really matter to begin with. What's important here is that as loony as this all is — and boy is it! — there are still enough people who actually buy into it that there's a very real chance that something bad could happen when it doesn't actually pan out. According to a Department of Homeland Security bulletin obtained by ABC News and sent to law enforcement agencies around the country:

As public visibility of the [reinstatement] narratives increases, we are concerned about more calls to violence. Reporting indicates that the timing for these activities may occur during August 2021.

The memo notes that the government "[lacks] information on specific plots or planned actions." If I had to guess, I'd say today's inevitable disappointment will probably have two immediate results:

Either way, Donald Trump began the day as not-president, and he will end the day in exactly the same position. That's nice for everyone, except, well, him.

More like this
Trump thinks Robert E. Lee would have been great in Afghanistan
By Rafi Schwartz
Biden just took a swing at the terrible house of cards Trump left behind
By Rafi Schwartz
Insurrection enthusiast and acid trip 'Batman' villain Roger Stone got served court papers on live radio
By Rafi Schwartz
Stay up to date