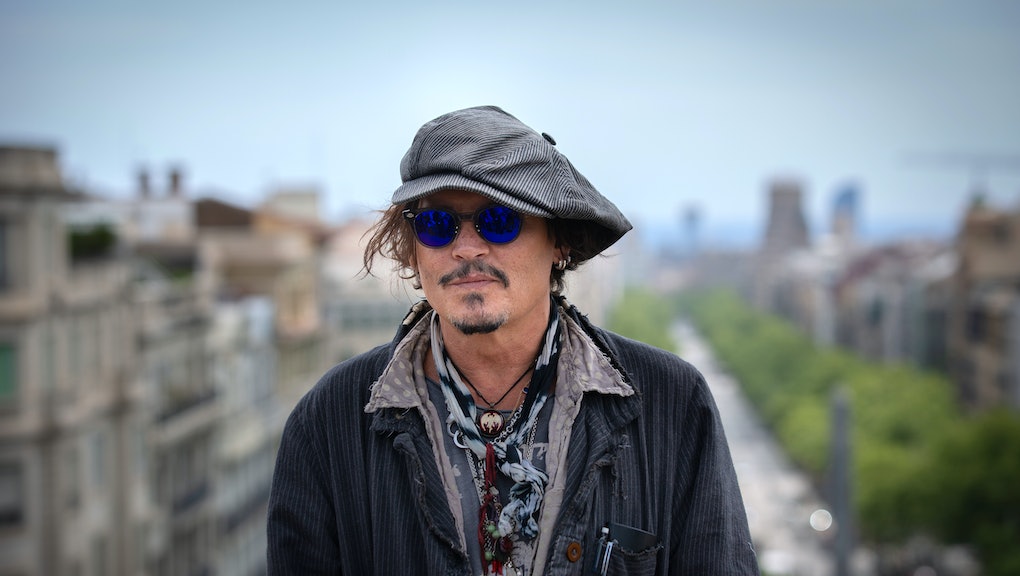 This is how men like Johnny Depp come back

Just days after Spain’s San Sebastian Film Festival announced that it would award Johnny Depp a lifetime achievement award, another festival has followed suit. The Karlovy Vary International Film Festival, the Czech festival that is considered the premiere cinematic event in Central and Eastern Europe, will honor the actor as an “icon of the contemporary cinema.” Both awards come as a surprise and shock, at the very least to those in America and in Hollywood, where Depp has, in recent months, ostensibly fallen into pariah status following the messy string of allegations and lawsuits over his relationship with the actress Amber Heard.

After years of back-and-forth of accusations of abuse levied from both Depp and Heard (another defamation trial is scheduled for 2022), a tipping point for the industry came last November when Depp lost a libel lawsuit against the publisher of the British tabloid The Sun, which had characterized him as a “wife beater.” According to the court, “the great majority of alleged assaults of Ms. Heard by Mr. Depp have been proved.” Days after the ruling, Depp revealed on Instagram that, as per a request from Warner Bros., he had resigned from his role in the Fantastic Beasts franchise.

The verdict, and his public ousting from a high-profile role that he had already taken on in two blockbuster entries, seemed to be a nail in the coffin for Depp. And yet, it’s hard to say how long he’ll stay gone. With these two recently announced honors, just months after being seemingly blacklisted from Hollywood, Depp already seems to have found institutional corners of the film world that will side with someone who is, according to the courts themselves, an abuser.

For these big festivals to choose Depp, knowing the controversy he is currently mired in, feels curious and deliberate: the Donostia Award that Depp is receiving from the San Sebastian Film Festival, for instance, has never had any issue luring high-profile guests to come to receive the award, from Meryl Streep to Denzel Washington to Robert DeNiro. Why choose someone like Depp, considering his past? (Female filmmakers in Spain asked this as well, vocalizing their dismay about essentially glorifying someone like Depp.)

Considering the double-honors, Depp’s involvement in the behind-the-scenes feels apparent and part of his hopes for a redemption arc. Of course, these are awards from Europe and not Hollywood. But this, it seems, is how men like Depp return. The back-to-back nature of these announcements may just be a coincidence, but one can envision a domino effect that follows a blueprint of how some men lay the groundwork for returning to power and the industry’s good graces. One prestigious award leads to another, which leads to the green lighting of his return to certain films, and so on.

Granted, it’s early, and if anything, Hollywood does keep a long-term clock on when they’ve determined it’ll look acceptable to welcome back terrible people (see: Mel Gibson, Roman Polanski, etc.). But it’s nevertheless troubling that there’s a hint of this sort of trajectory with this recent news. It has indeed been a stunning fall from grace for Depp, but what’s less surprising is that it’s altogether likely he’ll find a way back.