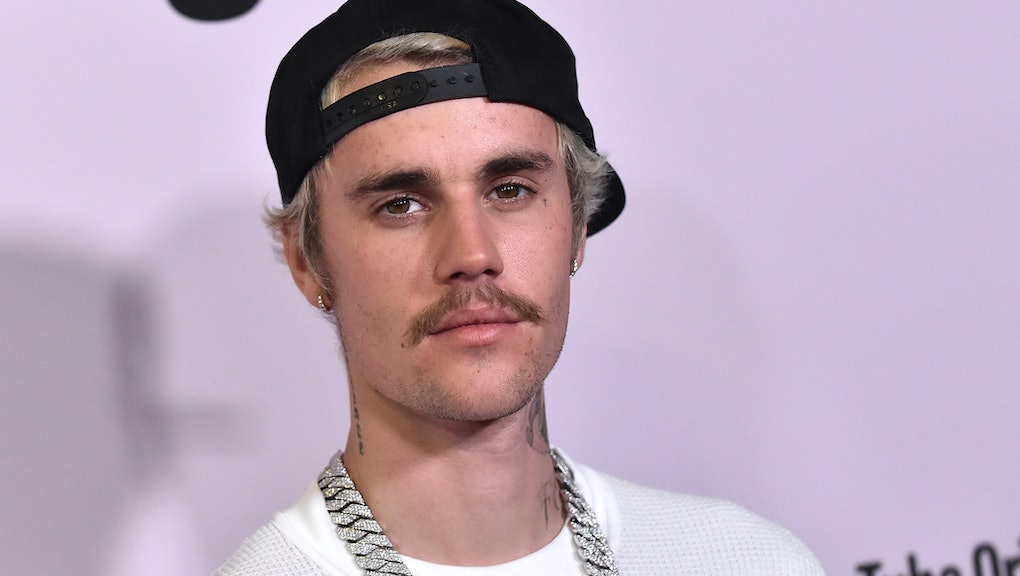 This is Justin Bieber's weird justification for sampling MLK

The new Justin Bieber album, Justice, isn’t going to right the world’s wrongs. The pop star acknowledged that, at least: “I know that I cannot simply solve injustice by making music,” the singer wrote on his socials when he announced the record. “But I do know that if we all do our part by using our gifts to serve this planet, and each other, that we are that much closer to being united. This is me doing a small part. My part.”

There’s obviously a dissonance between Bieber’s slickly packaged pop songs, all of them seemingly about his wife and God, and his decision to sample the words of Martin Luther King Jr., however. Most listeners concurred that the album is pretty good — aside from the MLK stuff.

Anyhow, a fan asked Bieber about the MLK stuff on Clubhouse on Tuesday and the singer partly blamed his nationality. "Being Canadian... they didn't teach us about Black history. It was just not a part of our education system," he told nearly 8,000 listeners, according to Billboard. Bieber blamed insensitive jokes he’d made in his younger years on ignorance, which is why the star felt it was prudent to use his platform to share MLK’s message. The civil rights leader’s daughter, Bernice King, did grant Bieber permission to use her father’s speeches and thanked the pop star for his “support” and the album’s charitable donations to the King Center and other action-based social justice organizations.

On Clubhouse, Bieber said he wasn’t trying to draw comparisons between himself and MLK. He also said if he had to endure a criticism for being a white savior and performing “slacktivism,” it was worth it to spark a conversation. "I want to keep growing and learning about just all social injustices and what it looks like for me to be better, what it looks like for my friends to be better,” the singer said. “And I know I have a long way to go.”

More like this
In an emotional statement, BTS opened up about the racism they’ve faced
By Kara Weisenstein
DMX, the intense, gruff-voiced rap legend, has died at 50
By William E. Ketchum III
Queen Rihanna marched with the people against Asian hate this weekend
By Kara Weisenstein
Stay up to date