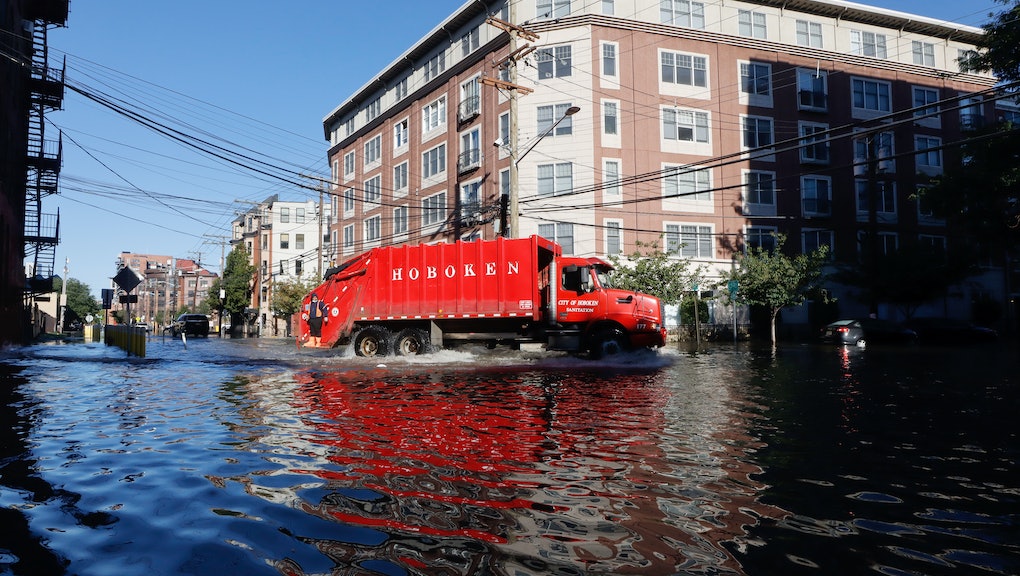 This isn't a preview of cataclysmic climate change. It's the actual show

At least 14 people are dead and scores more hurt, stranded, and desperate in the Tri-State region after the remnants of Hurricane Ida thrashed the mid-Atlantic on Wednesday night, bringing the floods and devastation Ida unleashed in Louisiana earlier this week to yet another major metropolitan area.

Ida, the second hurricane to hit the Northeast in as many weeks, is already being described as a "record breaking" event which, per newly instated New York Gov. Kathy Hochul (D), "only happens every 1,000 years." But while her attempt to highlight the significance and severity of the storm is understandable, her framing is, unfortunately, wildly inadequate. If anything, it's actually indicative of the sort of mindset that's brought us to this point in our intensifying climate catastrophe: one which looks at images of flooded streets and collapsed buildings and sees an exception to old norms, rather than the new rule.

Because if there's any clear lesson to take from the onslaught of horrifying scenes coming from the Gulf Coast, and Northeast at once, it's that we're not previewing the future of climate change. It's that we're living in the opening acts of the main event.

Despite Hochul's protestations to the contrary, there were in fact those who predicted – at least in part — how bad Wednesday evening's cataclysmic weather would be. More to the point, the failures of both infrastructure and imagination that led to the scenes of chaos and devastation in Ida's wake are proof positive that this country — to say nothing of the rest of the world! — is still wholly unprepared for our new reality, despite years of warnings. Instead, there is a prevailing mindset that our theoretical cataclysmic future is still that: the future, and not, as has been made abundantly clear, our obvious present, here and now. It will likely get worse, of course, but to think of what two major metropolises have gone through in just a few days as being some sort of fluke is to simply deny what has already happened under all our noses.

Already, the ripple effect has begun to spread well beyond places like New York and New Orleans, where the impact of our irrevocably shifted weather patterns is easy to capture in images of shoulder-deep water flowing through city streets and buildings reduced to slabs of lumber. As The New York Times highlighted Thursday, the "repeated shocks" of climate-induced disasters have been particularly devastating to rural communities that lack the robust economic structures (to say nothing of media attention) that fuel the "we'll bounce back stronger than ever" narratives that inevitably follow hurricanes, floods, and fires in larger cities. In particular, those smaller communities offer a perfect example of the cascading death spiral climate change brings — not only in terms of blunt force destruction, but in more subtle, equally damaging ways as well.

"We were a small town before the hurricanes, we're much smaller after the hurricanes," Fair Bluff, North Carolina, town planner Al Leonard told the Times. "Fair Bluff's recovery will go as far as someone else's money will take us."

Put simply, small towns — many of which are reliant on a single industry — risk not only an increased physical damage, but also fatal economic strangulation that accumulates faster and faster with each successive weather event.

We're well beyond a point of no-return when it comes to climate change. We've moved past "inevitability" and into the realm of "ubiquity." The question is no longer one of how will we stem the tide of climate collapse. Instead, it's become something even more dire and depressing: What, if anything, can be done to make maximize survival and adaptation while the world changes around us?