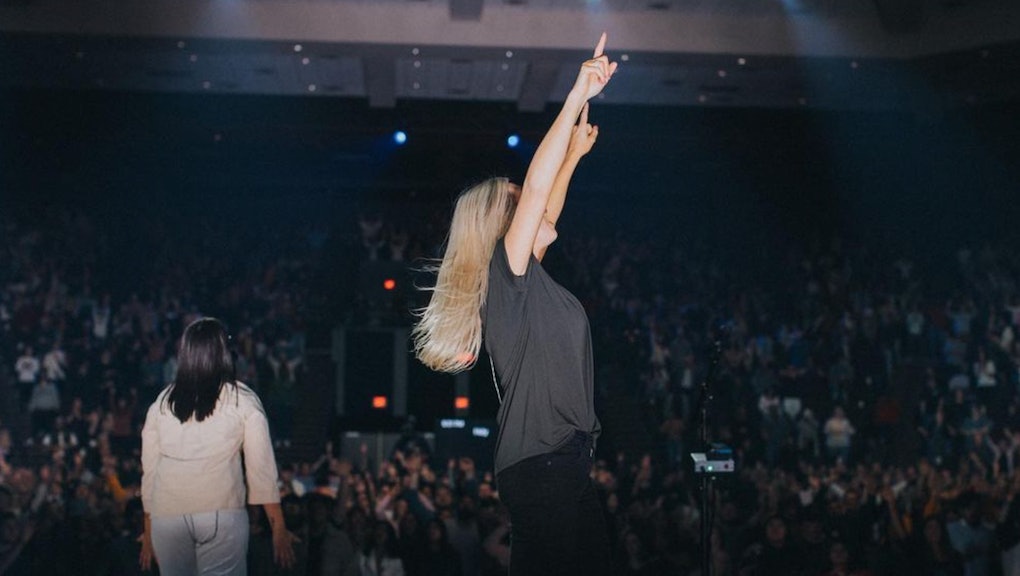 As churches around the country are asked to limit in-person gatherings in an effort to stop the spread of the deadly coronavirus, an Oklahoma-based megachurch thought it would be a great time to host an indoor concert with thousands of attendees. Bethel Music, a music group from Bethel Church in Redding, California, had reportedly rented out the Victory Church in Tulsa for the show. Video from inside the event, which was hosted on Tuesday night, showed 2,500 mask-less concert-goers singing their hearts out and standing very close together.

It seems pretty obvious that this was a bad idea, since the country is struggling to get the pandemic under control, but when asked why they would host such an irresponsible event Pastor Paul Daugherty of Victory Church offered this explanation to a local news outlet: “We are a church. We’re not going to reject people and push people out because they take their mask off.” Daugherty also added that they chose not to fill the space to capacity.

But that's not the end of it, Victory Church posted on Facebook that it plans to host a "Friendsgiving" later this week. To make matters worse, the post asked people to "come share a meal with us & BRING A NEIGHBOR." Clearly this goes against the CDC’s guidelines that urge people not to celebrate with anyone from outside their immediate household. The US reported 1 million new coronavirus cases just this week, and many fear that Thanksgiving could turn into a super-spreader event.

Unfortunately, this behavior is not surprising. As the Daily Beast pointed out, Bethel Church and its school were found to be the primary epidemiological source of hundreds of COVID-19 infections in its community. Unfortunately, the recent and future events are also putting the city of Tulsa at risk while it is in the midst of a major COVID-19 surge.

In a Facebook post shared by the Daily Beast, a local resident expressed their frustration. “Tulsa needs to STOP with the super-spreader events. This is foolish. It’s wrong. It goes against everything Christians teach about loving your neighbor. NO ONE likes the masks or the social distancing, but as a nurse, I am begging you to be responsible and avoid events like these.”

Still, not everyone shares the same concern. One attendee of Tuesday’s event, seemed to not have any regrets. “In reality, we just need to enjoy life, go forward with life, live by faith, and go forward," Kamran Karimi told KJRH-TV.