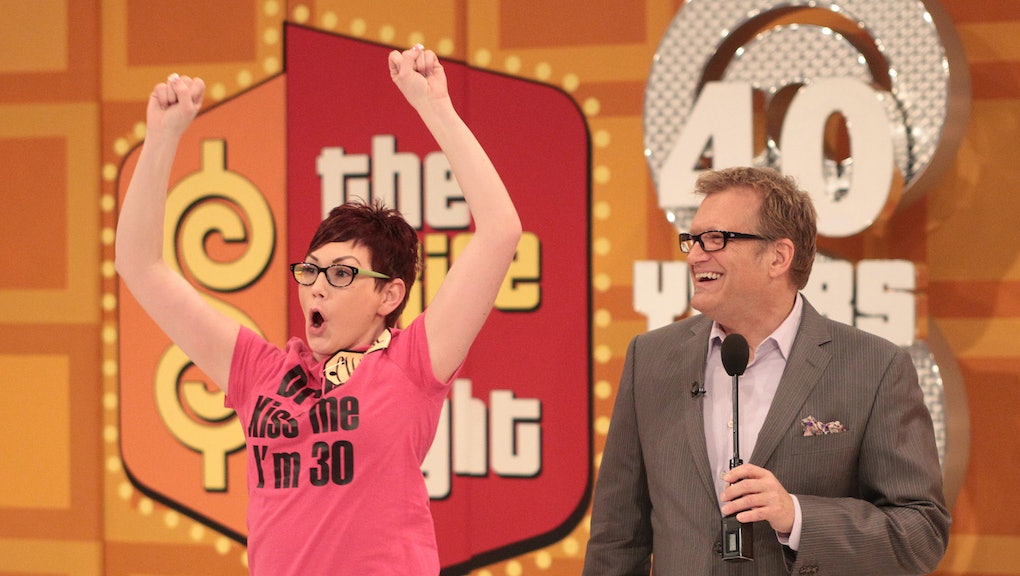 In one of those moments when you don’t know you’ve always wanted something until you find out it’s happening, the game shows that millions of us grew up watching will be joining a museum for the first time ever. The Strong National Museum of Play in Rochester, N.Y. recently announced plans to house the first-ever National Archives of Game Show History (NAGSH) as a way to preserve what remains of classic game shows like The Gong Show and Wheel Of Fortune.

While the museum has their sights on old tickets to live tapings, posters and other fan memorabilia, NAGSH will be built from the game show industry, inside-out. The curators will initially focus on acquiring materials and documents from the professionals involved “in all facets of game show development, production, marketing, and distribution,” according to the statement, in order to tell a full story of both the game shows that entertained us and the industry that made it so. The Strong National Museum already houses both the National Toy Hall of Fame and World Video Game Hall of Fame, which have Shirley Temple dolls from the 1930s and arguably the first arcade video game ever, 1970’s Computer Space. And they plan to be just as meticulous with NAGSH’s collection.

The archive will source everything from the set design pieces and props that made each show legendary, down to marketing plans and scripts that were needed behind the scenes. That means any and everything is up for grabs. “The wheel from ‘Wheel of Fortune’ would be iconic,” Chris Bensch, vice president for collections at The Strong Museum, said in a recent interview.

Game shows have never left our televisions, but there’s been a thirst for the game shows of old in recent months. The CW ordered a revival of Nickelodeon’s gem from the 1990s, Legends of the Hidden Temple (LOTHT) in May, with adults battling each other instead of children. Only two months earlier, ViacomCBS flooded its new Paramount Plus with nostalgia with the addition of old episodes of LOTHT, in addition to other Nickelodeon game show favorite Guts and Double Dare. A few months after that, Netflix decided to randomly release 15 episodes of the classic Supermarket Sweep, the one 90s game show people still secretly play in their heads while shopping.

That should be all the motivation that the curators of NAGSH need to get their hands on a bucket of slime from Nickelodeon’s Slime Time Live and Olec, the talking rock from Hidden Temple. There surely shouldn’t be a shortage of materials that would instantly conjure up memories of lazy Sundays watching people compete for money. The magnificently bold numbers of the Price Is Right wheel, Alex Trebek’s perpetually pristine suits on Jeopardy, and the 3x3 square alignment on Hollywood Squares instantly come to mind. Simply seeing a chair next to a curtain hiding three other chairs would elicit memories of The Dating Game.

For people like Wink Martindale, host of 1970s game show staples Gambit, High Rollers, and Tic Tac Dough, NAGSH is more than a new attraction in a museum. It may be the main way a distinct part of American pop culture’s lineage continues to live on. “Without this initiative, many primary resources relating to these shows, as well as oral histories of their creators and talent, risked being lost forever,” Martindale said in a statement announcing NAGSH.

The museum hasn’t made it known when NAGSH will be finished and available to the public as of yet. The museum does expect to add 90,000 square feet to its location by 2023, which could be the perfect time to unveil what could be the most comprehensive archive of game show history that anyone has ever been able to put together. And there surely will be lots of people who grew up on these shows, waiting to walk through a history that shaped them.