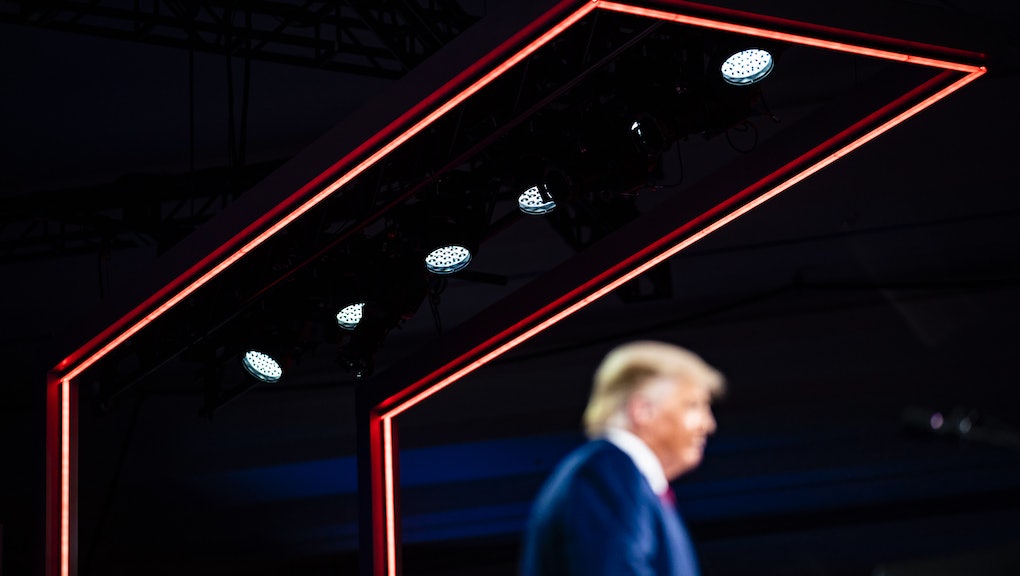 This new poll of registered voters is an extremely wild ride

By all indications, former President Donald Trump has a busy summer ahead of him. He's launching a speaking tour with fellow sexual predator Bill O'Reilly, he's staring down the barrel of a seemingly inevitable criminal indictment, and, at least by his apparent telling, he'll be back in the White House by August.

That last one is, admittedly, a liiiiiittle iffy — which is to say, total bullshit. Nevertheless, according to a new Morning Consult/Politico poll released Wednesday, a shockingly high number of Republican voters seem to believe it.

When asked "how likely do you think it is that former President Donald Trump will be reinstated as U.S. president this year, if at all?" nearly 20% of all voters agreed it was either "very" or "somewhat likely." That number leapt to a whopping 29% among only Republican voters. Fewer than half of GOP respondents said it was "not likely at all" that Trump would be reinstated.

Among Democrats, a bafflingly high 7% of respondents indicated that Trump would "very likely" be back in office. Which is, uh, well, let it never be said that Dems lack imagination, I guess?

Notably, when split along generational lines, millennials were the most inclined to believe that Trump would return to office this year, with a full 17% of respondents saying it was "very likely," compared to 10% of Gen Z, 10% of Gen X, and just 6% of Boomers.

In a perhaps unsurprising moment of relative agreement, however, sizable portions of both Republicans and Democrats agreed that "America's democracy is currently being threatened," at 82% and 77% respectively. I would venture to guess, however, that if probed on what and who exactly is doing the threatening (to say nothing of who is being threatened), those answers would likely diverge precipitously.

All told, the poll, conducted from June 4-7 among 1,990 registered voters, shows a country still very much fractured by the former president's time in office. And it appears his cultivated base of supporters has only grown more fervent — and possibly more delusional — since his electoral loss in 2020.