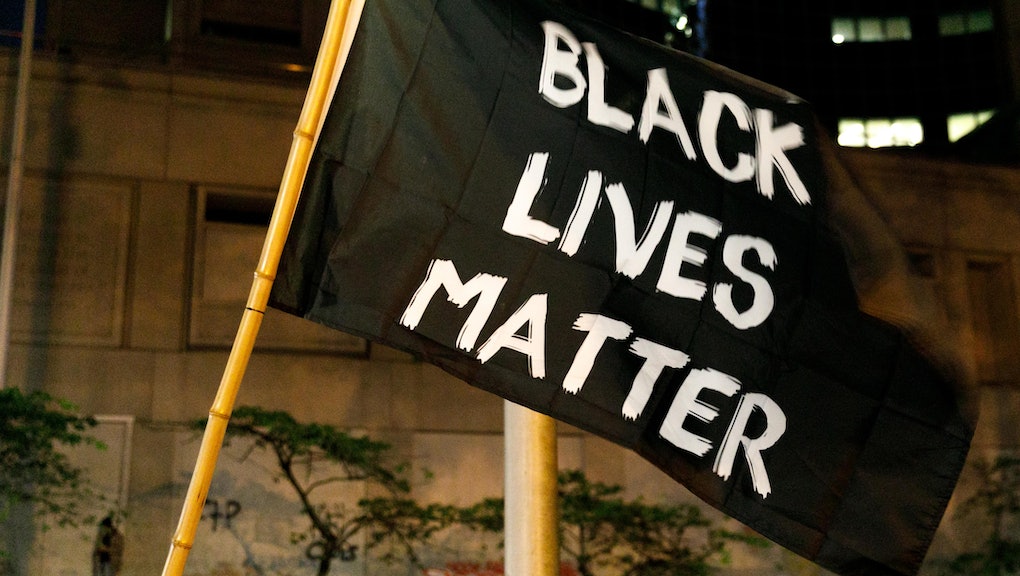 By unanimous vote, the city council of Asheville, North Carolina, approved reparations for Black residents late Tuesday evening. Heralded as "extraordinary" and "historic," the effort to atone for the role Asheville played in enslaving African people, segregating Black people during the Jim Crow era of the South, and later incarcerating Black folks comes amid a national reckoning with the ways U.S. structures of power treat Black people.

"Hundreds of years of Black blood spilled that basically fills the cup we drink from today," said councilman Keith Young. "It is simply not enough to remove statues. Black people in this country are dealing with issues that are systemic in nature," Young said.

Unlike what other calls for reparations propose, the city of Asheville will not be providing direct cash payments to Black residents. Instead, the resolution demands that the city formally apologize for the system and legacy of enslavement of African people. It also aims to help build Black generational wealth by "increasing minority homeownership and access to other affordable housing" as well as "increasing minority business ownership and career opportunities." The city council further acknowledged that the systems that locked Black families out of developing generational wealth contribute to current-day disparities in health care, education, and employment.

The resolution says that city will create a Community Reparations Commission to make policy recommendations about how best to execute targeted economic programs to help Black residents. The resolution underscores that economic disempowerment created the social and economic realities in the city today: In Asheville, just 1.7% of businesses are Black-owned, and just 37% of Black families own their homes compared to more than half of white residents.

The Asheville-based Racial Justice Coalition, which provided recommendations and data to the city council prior to Tuesday's vote, writes that Black residents have been prevented from purchasing homes and achieving economic stability because "years of Black codes, Jim Crow segregation, red lining, and predatory lending left the Black community with limited capacity to build wealth."

Another notable element in the resolution is the city council's call to the state and federal government to "initiate policy-making and provide funding for reparations at the state and national levels." Despite the national momentum for change, the idea of reparations for Black people is still largely unpopular among white Americans.

There are champions for reparations on Capitol Hill, like Democratic Texas Rep. Sheila Jackson Lee. Her bill on the matter has sat unaddressed for decades, and given the national priorities in tackling coronavirus-related issues, it's not likely that legislators will take up the issue anytime soon. During this year's Democratic presidential primary, a number of candidates cited the importance of reparations, though the bill that many of them have co-sponsored calls for the formation of a committee to explore reparations; it does not outline a series of reparations actions itself.

Though Congress may be slow to take action, more and more local institutions, including colleges and universities, are heeding the call. Georgetown University students voted last year to address the harms of the school's past with slavery by creating a $400,000 fund for descendants of the people the university sold in 1830.

While it's easier for private institutions like Georgetown to provide reparations, the federal government has issued reparations before. Victims of racist medical testing known as the Tuskegee experiment were provided millions of dollars in reparations in 1974. In 1988, Congress passed the Civil Liberties Act, which provided reparations to survivors of Japanese internment and their families. In each of these instances, Congress provided one-time payments to victims that could potentially recreate wealth that was lost.

Black people have waited centuries for equitable opportunities to develop wealth, the Asheville resolution states. Still, the city's historic bill notes the reality: "Systemic racism was created over centuries and will take time to dismantle."

More like this
Rick Santorum's explanation of America's founding is a masterclass in ignorance
By Rafi Schwartz
Marjorie Taylor Greene's reaction to the Chauvin verdict was to compare BLM to the KKK
By Rafi Schwartz
Nearly half of Asian Americans have experienced at least one racist incident, per a new survey
By Rafi Schwartz
Stay up to date