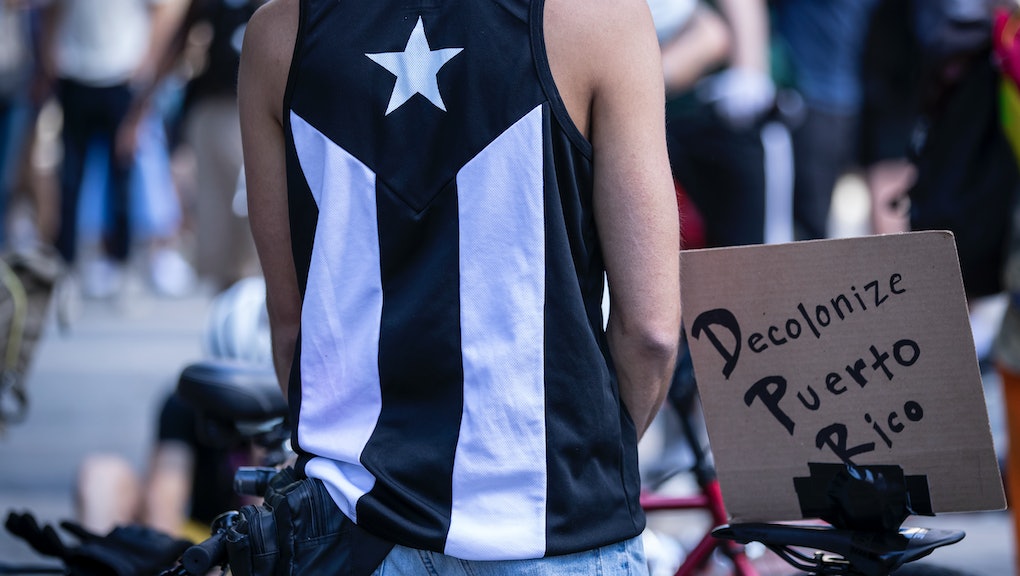 A new bill introduced by Democratic members of the House of Representatives would create a convention to determine the future of Puerto Rico. Citing a history marred by a colonial relationship with the mainland United States, New York Reps. Nydia Velázquez and Alexandria Ocasio-Cortez said they feel it's time Puerto Ricans decide if they want "statehood, independence, free association, or any option other than the current territorial arrangement."

Velázquez was born and raised in Puerto Rico, while Ocasio-Cortez was born in New York to a Puerto Rican family. In an op-ed outlining the intention of their bill for NBC News, Velázquez and Ocasio-Cortez wrote, "It would be an affront to that goal for the U.S. Congress to blindly push the island toward one political solution without Puerto Ricans’ full participation. Rather, Congress must establish a mechanism to allow the proud people of the island to chart their own course forward."

That "own course" could take a number of directions, including cutting ties with the United States altogether, but the point is that Puerto Ricans should decide their own future. According to the legislation, after select participants of the so-called "Status Convention" determine the "course forward," Puerto Ricans will be able to vote on the proposal. Given that statehood has been on the ballot a number of times before — and passed a number of times before — it appears that this proposal is an effort to correct for the top-down process by which Congress has approached the island's autonomy. Instead of having lawmakers in Washington, D.C., decide the island's fate and that of its residents, the bill reasons that the people should decide. (Puerto Rico's liaison to Congress doesn't have a vote either.)

The proposal is positioned as an attempt to resolve the issue from the "ground up." It comes over a century after the onset of the colonial relationship with the island, which began in 1898 after the U.S. military invaded Puerto Rico. The U.S. annexed the island as a territory, which is part of the reason those born in Puerto Rico are technically U.S. citizens but yet receive very few of the rights and privileges that come along with it. As Velázquez and Ocasio-Cortez wrote, "Puerto Rico’s unique, long-standing colonial status ... has resulted in the island’s residents being treated as second-class citizens."

The proposal isn't supported by all legislators, however. Ritchie Torres, who will likely replace José Serrano as the congressional representative from New York's 15th District, said that the process outlined in the proposed legislation is unnecessary. "Let the people vote directly via an election. Period. A convoluted convention whose rules are prescribed by Congress ... is a mockery of self-determination," Torres, whose father is from Puerto Rico, tweeted. Torres is currently a member of the New York City Council, has spoken out before about his beef with how Congress has historically not honored the will of Puerto Rico's voters. As he wrote in July: "The process of self-determination matters more than particular proposals: Congress should codify the will of the people on the island, whatever it may be."

Florida Rep. Darren Soto (D) agreed that what Puerto Rico wants for itself has already been determined by voters, and that it's up to Congress to fulfill its obligations to admit the island to the union, rather than to create a new panel to debate the matter. The self-determination bill might not even be needed, he said. "We have a plebiscite on the island coming up this November," Soto tweeted. "If the people of Puerto Rico choose statehood, then the next steps for Congress are pretty clear. We vote to admit them to the union."