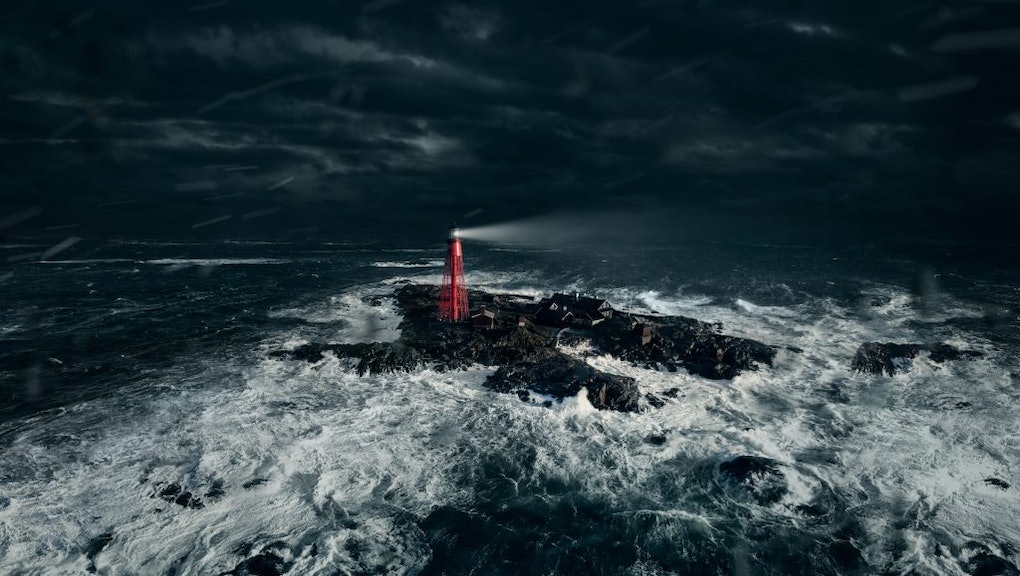 Scandinavia’s biggest film festival usually draws more than 160,000 people to the Swedish city of Göteborg, on the nation’s western coast. But in light of the ongoing pandemic, which has obviously disrupted moviegoing and gatherings of all sizes, the Göteborg Film Festival is doing things differently this year. In what might be the ultimate social-distancing experiment for cinephiles, the festival is inviting one guest to spend a week alone in a lighthouse in the North Sea, with only the ocean and tons of films for company.

The festival is setting up its “Isolated Cinema” on the island of Pater Noster, a windswept and inaccessible outpost off the Swedish coast. Interested film fans can apply on the Göteborg festival website to spend a week staying at the island’s stately, crimson, century-old lighthouse and screen the 60 films from Göteborg’s 2021 lineup. To be clear, the selected cinephile won’t be holed up in some weatherbeaten shack watching movies on a laptop or anything. The lighthouse is now a luxury boutique hotel (a stay for one costs around $600 USD, normally) with its own screening room.

"You have everything you need — great food, great drink, a nice bed — this isn't about survival,” Göteborg festival artistic director Jonas Holmberg told the Hollywood Reporter. “But you can't bring anything with you: no phone, no computer, not even a book. You can watch the waves and you can watch the films."

Whoever is chosen to screen Göteborg’s lineup in the lighthouse will also have to record a daily video diary the outside world can follow, reflecting on the experiment. Holmberg added that the perfect applicant will “have to be a film enthusiast [...] and they have to be emotionally and psychologically suited to spend a week in this kind of isolation." The festival is setting up a few more “isolated cinema” experiences around Göteborg in spaces that’d normally host crowds. For example, one lone guest will get to screen films inside a cavernous 12,000-seat hockey rink.

Fittingly, the theme of this year’s festival is “Social Distance,” with filmmakers converging (mostly digitally) to explore what the movies mean to us now. "We are all watching films in isolation now and that changes our relationship with movies," Holmberg said. "We have seen new types of films resonate in this lockdown period, and films take on a different meaning. A scene where people hug a stranger feels very different in a moment when you can't do that yourself."

At the very beginning of 2021, most folks are bracing for a few more months of isolation and sickness, before warmer weather and the vaccine rollout makes socializing possible again. In the meantime, the impulse to hunker-down and hibernate (aided by lots and lots of quality films) seems like the right move. It’s so very on-brand for the Swedes to take things a step further and spirit one lucky soul away to an island in the wintry sea to experience maximum hygge whilst still isolating. Plus, that far north, the sun will barely peek above the horizon every day — all the better for binging five dozen films in the span of a week.

More like this
'Exterminate All the Brutes' is a messy, ambitious documentary that ties together genocide, white supremacy, colonialism ... and Josh Hartnett?
By Nicholas Russell
'The Nevers' will be so much better when Joss Whedon has nothing to do with it
By Kara Weisenstein
Lena Waithe on empowering marginalized creators and being unafraid to "ruffle feathers"
By Kyla Marshell
Stay up to date