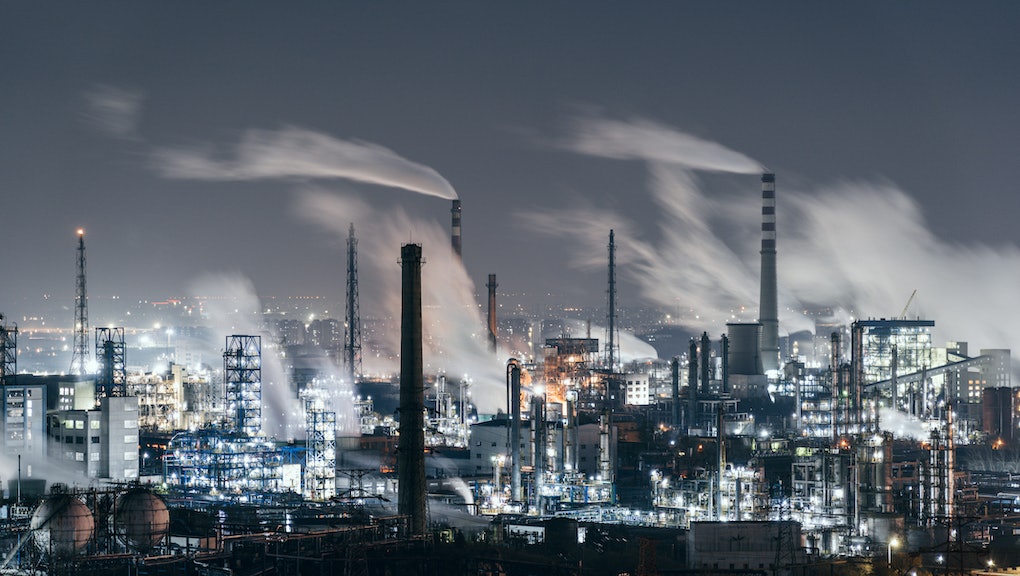 For decades following the end of World War II, the greatest perceived threat that the world faced was the use of nuclear weapons. Today, the threat is something more innocuous in daily use but no less deadly in the long run: the constant pumping of fossil fuel into the atmosphere. Living through the hottest year on record in 2020, which was rife with destructive and costly natural disasters, has many leaders scrambling to take long-overdue action. Cities across the US are looking at a solution similar to the one that nations sought out in 1968 to avoid nuclear catastrophe by signing onto the Fossil Fuel Non-Proliferation Treaty.

Launched last September by an international collection of activists, academics, and policy wonks, the Fossil Fuel Non-Proliferation Treaty has three goals: end new exploration and production of dirty-burning fuels like coal and oil, phase out existing stockpiles of fossil fuels, and transition to clean alternatives. The treaty recognizes the looming reality of climate change, which threatens the very existence of humanity on Earth, and treats fossil fuels as the new nuclear weapons.

“New fossil fuel projects are coming online, even as the world already has more fossil fuels developed than it can possibly extract while staying below 1.5 degrees,” Carroll Muffett, the president of the Center for International Environmental Law, told Grist. “And so the Fossil Fuel Non-Proliferation Treaty emerged from the recognition that the world is facing a threat of truly global, historical proportion.”

For the Fossil Fuel Non-Proliferation Treaty to work, it needs major signatories. Just as the Treaty on the Non-Proliferation of Nuclear Weapons would not have worked if the world's two biggest nuclear superpowers, the US and USSR, hadn’t signed on, this agreement to phase out fossil fuels will fail unless the biggest polluters embrace it. Last October, Vancouver, Canada became the first city in the world to endorse the agreement. Now, cities in the US are exploring the possibility of getting on board.

In December, the New York City Council held a virtual hearing to consider the possibility of endorsing the agreement. Should the city join the initiative, it would become the first in the US to do so, and the decision would carry both historical and modern-day significance. In 1979, the New York City Council passed a resolution calling on President Jimmy Carter to end the nuclear arms race and dismantle the destructive weapons. In 2021, New York City's participation in the treaty would be more than just symbolic: the bustling metropolis has the third-largest carbon footprint in the world.

If New York City is not the first American municipality to sign on to the Fossil Fuel Non-Proliferation Treaty, there is a chance it’s because Los Angeles beat it to the punch. The city's council took up the issue last year and, according to the Los Angeles Times, is poised to endorse the plan. Los Angeles has the second-largest carbon footprint in all of the country and the fifth-largest globally, and signing the treaty would give the agreement a major boost in legitimacy and potential impact.

Regardless of which city signs first, assuming both go forward with what appear to be tentative plans to join the pledge, if the two biggest polluters on each coast of the world's second-largest emitter of greenhouse gases add their names to the Fossil Fuel Non-Proliferation Treaty, it will provide real legitimacy to the movement. There is no reason for these cities and others in the US not to follow, either. As Trump has undermined national efforts to address climate change, cities have picked up the slack. When Trump pulled the US out of the Paris Climate Agreement, more than 30 major cities across the country committed themselves to the pledge, dragging the country toward the necessary reduction in emissions even without support at the federal level. These cities will no longer be alone in their emissions reduction goal when Joe Biden takes office, as the president-elect has pledged major commitments to addressing climate change, including a goal of getting the country to net-zero emissions by 2050.