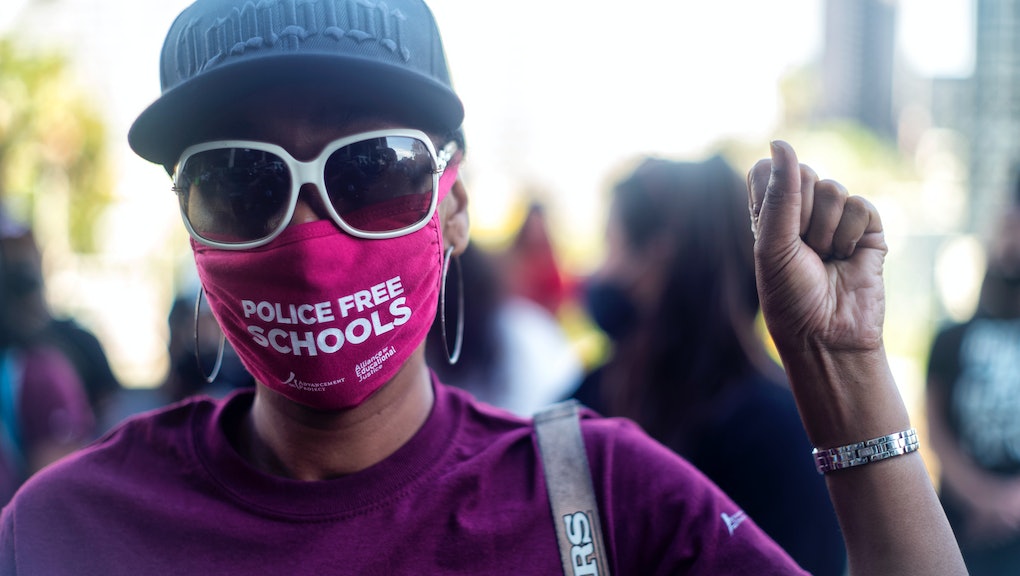 During last summer’s Black Lives Matter protests, it felt as though the U.S. was about to undergo a seismic change in its approach to policing. Calls to defund the police after George Floyd’s murder were met with loaded promises from city councils around the country to redirect the sometimes exorbitant amount of police funding into public services.

But in places such as Minneapolis, those promises were delayed, if not outright broken. In an exciting recent development, the city of Alexandria, Virginia committed to re-directing police money into mental health services for students, according to the Washington Post.

What’s happening there feels radical, but the concept of defunding the police really is not. One year after Floyd’s murder, the term has taken a radioactive tinge, even for progressives. But at its essence, this is what it is: reconsidering where funding is best used for the good of the community.

During his campaign, Joe Biden insisted that he didn’t support defunding the cops and actually, his criminal justice plan involved investing $300 million in community policing. But outcries from students of color around the country who said they felt uncomfortable with a police presence at their schools never stopped. In May, the school system in Alexandria finally committed to removing cops from school hallways. The system is actually following through and plans to re-allocate $800,000 from a budget used to fund “school security” by police to mental health services for middle and high school students. This will reportedly include hiring new therapists.

Getting cops out of schools is an essential part of addressing the corrosive and relentless school-to-prison pipeline. According to studies, Black students make up only 15% of the national student population but make up 31% of students “arrested or referred to law enforcement.” It’s been shown, time and time again, that when cops are present, students of color get into legal trouble for something that wealthier, whiter students might just get a mild slap on the wrist for. Then, those Black and brown students end up with criminal records that prevent them from finding a job or even going to college, placing them at a major deficit before their adult lives begin.

Alexandria and other school systems — Denver, Minneapolis, Los Angeles, to name a few — are re-allocating police funding to where it’s truly needed (mental health services are especially crucial right now) will hopefully set a positive example for others.

What’s even more exciting about all of this is that the district’s model of re-distributing police money into mental health services could be extended beyond schools and into everyday life, helping us re-imagine what it means to repurpose what is taken away from police departments. Today, Americans are still, bafflingly, told to call 911 on anything that makes them uncomfortable, including non-violent mentally ill people.

As a result, those with untreated mental illness are up to 16 times more likely to be killed by law enforcement, according to a study by the Treatment Advocacy Center. Investing in mental health services instead could allow people to get help versus getting tased or shot.

It is worth remembering that we still live in a country that puts more people in prison per capita than any other place in the world. On top of that, the U.S. spends about $180 billion a year on policing and incarceration — but doesn’t guarantee mental healthcare for its most vulnerable. Hopefully, what’s happening in Alexandria will be just the beginning of much-needed change.