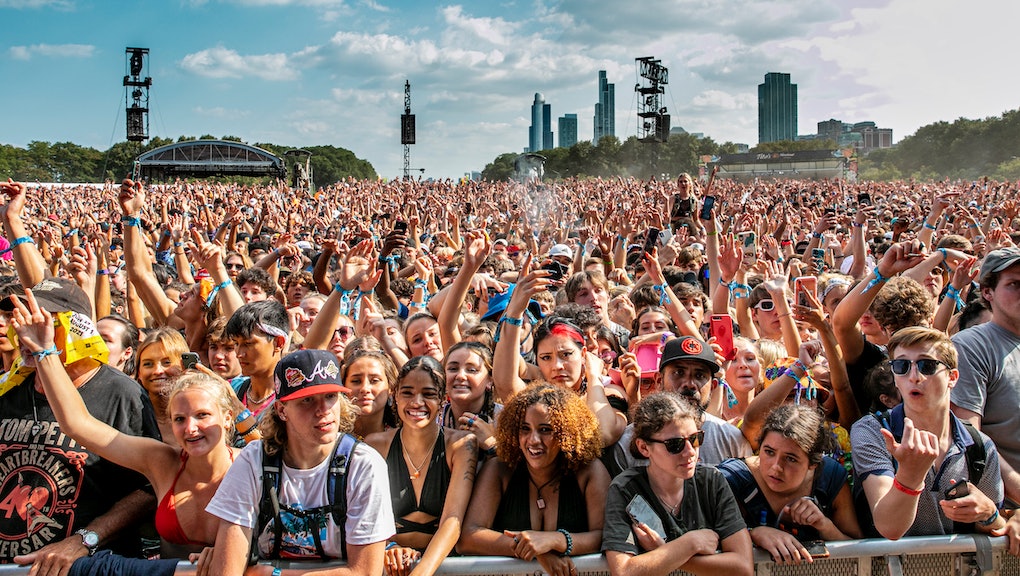 This year's festivals aren't the post-pandemic escape we hoped for

It was supposed to be our Hot Vax Summer, months of heady revelry after a year and a half of isolation and fear. But anti-vaxxers and the Delta variant have put a damper on things, plunging a lot of us into the fresh despair of knowing there's a way to end the pandemic but that a lot of people just don't feel like doing their part.

When guidelines for vaccinated adults were relaxed a couple of months ago, the live music industry roared back to life. It was nearly impossible to score Phoebe Bridgers tickets when her fall 2021 tour went on sale. Coachella 2022 passes sold out within hours in June. Lollapalooza drew something like 100,000 people to Chicago's Grant Park each day of the four-day festival, making it one of the largest gatherings in America since the start of the pandemic. Everyone allowed in had to prove they were vaccinated or recently tested negative for the virus. But the risk of catching Covid-19 has also been on the rise again, and the photos of so many people packed so closely together made a lot of folks feel anxious.

It's really unclear what's safe at this point, even for the vaccinated — though experts agree that having the shot protects against most serious illness and death. Because the wheels are already in motion, it's likely many forthcoming festivals will go ahead as planned, Delta be damned (though most are implementing rules akin to Lolla). Milwaukee is hosting Summerfest for three straight weekends in September, headlined by the likes of Green Day, Weezer, Chance the Rapper, Dave Chappelle, Megan Thee Stallion, Miley Cyrus and more. Bonnaroo led by Lizzo and Tame Impala is during Labor Day Weekend. Pitchfork in Chicago, Life Is Beautiful in Las Vegas, Firefly in Delaware, Governor's Ball in New York and others are all slated for September, too. Austin City Limits in early October is facing calls to #CancelACL amid a surge of cases in Texas.

Increasingly, the decision to rock or not is falling on fans and artists. Stevie Nicks, who is 73, cancelled all her remaining 2021 performances this week, citing coronavirus concerns. She was supposed to have two gigs at Austin City Limits and one at the New Orleans Jazz Festival — which was also cancelled this week, amid a surge of illness in Louisiana. But unlike demand for life-saving vaccines, the demand for live music is huge. The live music industry is seeing record ticket sales, even as the pandemic rages on.

Basically, going to a show at this point involves some degree of risk, but that may be a reality of public life for a long time to come. "I don't think that the events should be canceled. I know that there are calls for them to be," Leana Wen, an emergency physician and public health professor at George Washington University, told NPR. "We have to recognize as a society that we're now going to be living with risk, that nothing that we're going to be doing at this point is zero risk from COVID-19, from spreading COVID, from getting COVID."