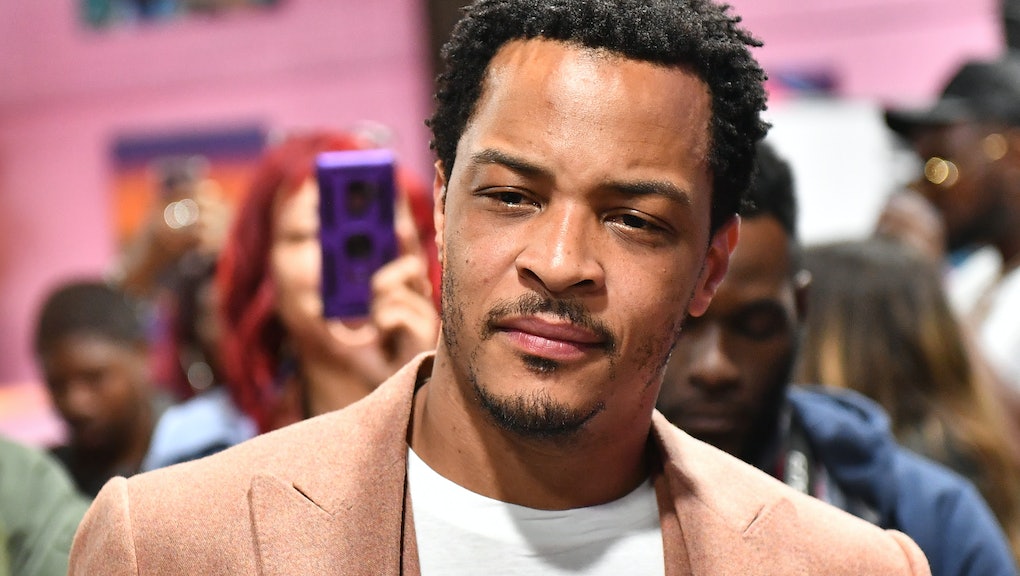 T.I.’s retirement announcement is nothing more than cowardly victim blaming

One of the most elusive luxuries of any entertainer or athlete is being able to control your end. Kobe Bryant and Dwayne Wade knew when their last seasons in the NBA were, so they had farewell tours. Jay-Z thought The Black Album was his final hurrah, so he sold out Madison Square Garden. T.I.’s deciding to end his career as a hip-hop legend that has fallen victim to an FBI-level conspiracy theory ripe with extortion, character assassination, and conveniently, no accountability on his part.

While facing a defamation lawsuit and an LAPD investigation into dozens of sexual assault allegations dating as far back as 2005, T.I. decided he’s had enough with music and announced he’s releasing his final album Kill The King in the video for his latest music video and anti-apology “What It’s Come To.”

In an Instagram post from January 25, 2021, former family friend of T.I. and Tiny’s, Sabrina Peterson, alleged the rapper once convicted of gun possession held a gun to her head in front of children at a 2009 birthday party. Soon after, she posted 30 detailed anonymous accounts from alleged victims of T.I. and his wife Tameka “Tiny” Harris drugging and sexually abusing them on her Instagram story. Days later, the couple denied the allegations through a spokesperson, alleging that they have had difficulties with Peterson for a decade. Subsequently, 17 more accusations of rape, kidnapping, and drugging between 2005 and 2018 at the hands of the T.I. & Tiny: The Family Hustle couple surfaced. An investigation into the allegations was launched by the LAPD in May.

T.I. remained relatively silent about the allegations until May 31, when he shared an Instagram post laughing off Peterson’s Instagram Live from days earlier, where she said she would drop her defamation lawsuit against T.I. and Tiny if he agreed to apologize and tell the truth about their situation. It seems subliminally belittling abuse accusers on social media was as diplomatic as it was going to get from T.I.

The “What It Comes To” music video paints T.I. and his wife as victims of a conspiratorial plot to take them down, featuring a woman looking over a board of news clippings and photographs of the couple like detectives trying to crack a case on The Wire. He implies the anonymous sexual abuse victims are nothing more than extorters by featuring a tasteless scene where the woman supposedly representing Peterson asks who wants to make money and stay anonymous after he blatantly claims extortion is Peterson’s motive earlier in the song. At one point, he even describes his current ordeal as “COINTELPRO Part 2,” referencing the illegal covert operations by the FBI between 1956 and 1971 to dismantle American political movements such as The Black Panthers.

T.I. alleges in the song that the plot against him is motivated by wanting to undo the public speaking he’s done for the people. Now, T.I. has been involved in social justice work in recent years, and was named to Atlanta Mayor Keisha Bottoms’s transition team shortly before Peterson made her initial allegations. But it’s highly unlikely that anyone wants to silence the man who seriously compared Atlanta to the fictional land of Wakanda in an effort to urge actual protestors to stop the violent riots of late May 2020 that left CNN Center damaged. He also has shown a deluded sense of entitlement when it comes to the bodies of women he cares for, proudly revealing that he had his teenage daughter’s hymen checked annually to make sure she wasn’t having sex without telling him. He responded to the backlash from that similarly to how he’s responding now: deflection, appealing to the good he’s done for people, and attacking critics. The man even went on Jada Pinkett-Smith’s Red Table Talk show and said he had heard about patriarchy but didn’t know it was “a thing,” as if it was a new TikTok dance challenge he was too out of touch to know about.

Clifford Harris cannot be convicted in the court of public opinion. But T.I. can, and with this retirement announcement video, his only defense to the jury is victim blaming.

More like this
“Exhilarating, joyful, and of course pretty scary": Musicians on the pressures of returning to the stage
By Kelly McClure
Billie Eilish doesn't have to answer to us about who she loves
By Kara Weisenstein
Megan Thee Stallion terrorizes a conservative senator in the 'Thot Shit' video
By Kara Weisenstein
Stay up to date