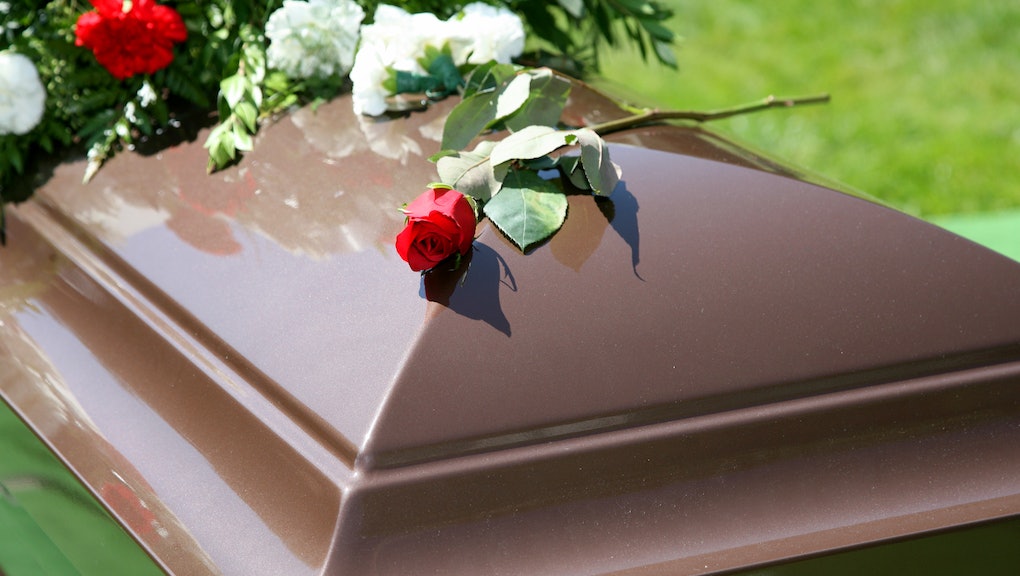 To stop police shootings of people with mental illness, I asked them what everyone could do to help

After Shukri Ali Said left her house during a mental health crisis on April 23, 2018, her sister called 911 for help. Police found Said standing at an intersection holding a knife. Officers shot her five times in the neck and chest, killing her.

That same month, in New York, officers answered a 911 call about a black man waving something that looked like a gun. In fact, it was a pipe. But when Saheed Vassell, a 34-year-old father with mental illness who was well known in his Brooklyn community, pointed it at police, they shot him dead.

Vassell and Said are among the hundreds of people with intellectual disabilities or mental illnesses in the United States killed by police every year. According to The Washington Post, 142 of the 752 people shot by police so far in 2019 have had a mental illness.

Police are almost always the first responders in cases of mental health crises in the United States, as they are in criminal and medical emergencies.

But the police — who are trained to give orders and use force when they feel endangered — are generally ill-equipped to handle people with mental health challenges.

From deinstitutionalization to disarray

As a disability and ethics scholar who focuses on criminal justice, I know this country has long failed to justly and humanely care for people with psychiatric and intellectual disabilities.

For most of American history, people with mental health disabilities were locked away in hospital-like institutions, many of them state-run. Starting in the 1950s, the physical and sexual abuse common in these facilities, as well as other inhumane practices, spurred a decades-long effort to close them down and return residents to the community.

This process, called deinstitutionalization, was meant to replace institutions with local mental health centers that would provide community-based mental health treatment and assistance for those recently released from institutions.

However, in 1981 Ronald Reagan cut most funding for these centers. And since other existing community services — like schools, housing and health services — were not adapted to meet the needs of these new community members, many were left jobless, homeless, and unable to get a good education.

Today, the 15% of Americans with these disabilities still have very little support.

Some people are fortunate enough to live with their families or in one of the United States’ roughly 500 private residential facilities — places that can cost up to $60,000 a year. Others end up homeless, in poorly run facilities or even in jails.

But everyone with these disabilities is at high risk of interacting with police. Too often, these interactions go poorly.

'Nothing about us without us'

In hopes of identifying practices that prevent avoidable deaths, I’ve been interviewing people with intellectual and developmental disabilities about their experiences with the criminal justice system. Under the terms of the academic ethics boards overseeing my research, the names of all my interview subjects are protected.

One reason police encounters can go wrong, I’ve learned, is that people with intellectual disabilities often struggle to comprehend spoken instructions — particularly in a high-stress situation.

“People who don’t have [an intellectual disability] don’t have a hard time understanding what the police are asking them to do,” one man told me. “It’s different for me.”

Being overwhelmed can cause people with psychiatric and intellectual disabilities to shut down. If this behavior is interpreted as obstinate, it can lead to arrest, detention, or police aggression.

People with these disabilities are also often disbelieved by the police. A woman I interviewed — who communicated slowly due to her disabilities — said she called 911 on her boyfriend for hitting her. But the police believed the boyfriend’s story that she was the violent one and arrested her instead.

“When they find out that you’re not capable of understanding what’s going on, it’s a free for all,” another interview subject told me.

People with intellectual disabilities may struggle in court, too. When one interviewee didn’t understand a judge’s question, he told me, he was sentenced to three months in county jail for disorderly conduct.

Judges and lawyers “need to listen to people that’s on disability,” said the woman arrested after calling 911 on her abusive partner, urging patience.

Recognizing that they struggle to handle people in mental crisis, many U.S. cities are making efforts to improve outcomes.

New York City trains some officers in crisis intervention and recently mandated that a social worker must accompany officers to such cases. Denver is looking to adopt a mobile crisis intervention program started in Oregon that ensures medics and crisis workers, not police, respond to mental health calls.

These and similar efforts nationwide are a step in the right direction. But my research indicates they may not go far enough.

Police frequently encounter people with psychiatric disabilities when someone calls 911 about a person acting unusually in public. If police perceive that person as potentially violent, the situation can quickly escalate.

That’s how Anthony Hill, a black veteran found wandering around his Atlanta apartment complex naked, died in 2015. Hill, who had gone off his medication, ran toward Officer Robert Olsen, who shot him. Olsen was sentenced to 12 years in prison on Nov. 1, 2019, for aggravated assault and violating his oath of office.

Nor do laws targeting police violence address the factors that lead people with mental health disabilities to need emergency assistance in the first place.

Despite growing recognition of the stigma around mental illness, people with mental health disabilities are often still feared, pitied and associated with violence in TV and movies. This social stigma can lead to societal rejection and isolation. And the difficulties people with mental health challenges face finding adequate housing, health care and employment all increase their risk of involvement with the criminal justice system.

One lesson from the history of American mental health care is that reforming just one problematic aspect of the system doesn’t work. To serve this population’s needs, other institutions — from education to housing — must also be made more flexible, responsive, and accessible.

This article was originally published on The Conversation by Jennifer Sarrett. Read the original article here.