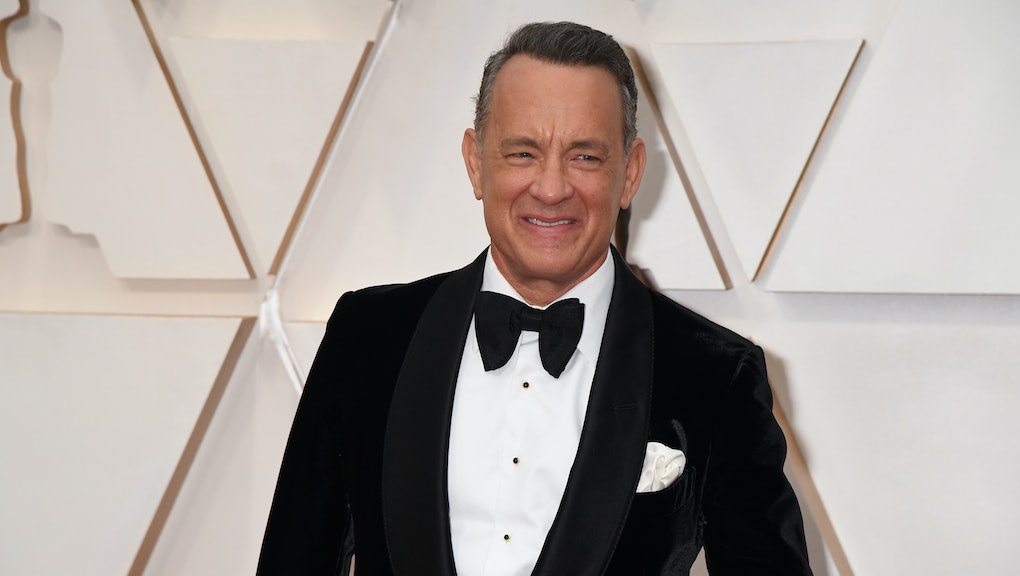 It’s hard to say with certainty what makes it into the history books after all of this, but Tom Hanks has definitely cemented himself as a central character in the coronavirus pandemic stateside. When Hanks and wife Rita Wilson announced that they’d tested positive for COVID-19 in March, it was among the first indications that we were in for a serious, society-altering pandemic. Since recovering from the virus, Hanks has been a vocal champion of responsible prevention and a harsh critic of the insufficient American response.

Doing a fresh round of press to promote his new WWII movie Greyhound ahead of its Apple TV+ release on Friday, Hanks stopped by the Today Show on Tuesday morning. Hanks, as he’s been known to do since recovering from the virus, ran through how simple it is to follow basic distancing and mask-wearing guidelines. “It’s a mystery to me how somehow that has been wiped out of what should be ingrained in the behavior of us all,” he said.

The Larry Crowne star didn’t mince words for skeptics or anyone who isn’t taking the pandemic seriously at this point. “Look, there’s no law against ignorance. It’s not illegal to have opinions that are wrong,” he says. “But there’s a darkness on the edge of town here, folks…and let’s not confuse the fact — it’s killing people.” After channeling peak Springsteen, he took aim at one of the most common early nitpicks with COVID-19 death tolls. “And you can say, ‘well, traffic accidents kill a lot of people too.’ But traffic accidents happen because a lot of drivers aren’t doing their part. They’re not using their turn signals. They’re driving too fast, they’re not paying attention.”

While Hanks and Wilson weren’t in severe condition during their quarantine in Australia, he’s sure to highlight that it was a deeply unpleasant illness. “We felt rotten,” Hanks said. “I had body aches — crippling, cracking body aches.” So if that’s what it feels like while being treated with the best medical care that money can buy, he’s correct to note that even cases which don't result in death can still leave an immeasurable toll.

Hanks has been getting progressively more blunt toward naysayers as the pandemic wears on. During a press conference last week for Greyhound, he was pretty unsparing about people who fashion themselves above mask-wearing, hand-washing, and proper distancing. “Shame on you. Don’t be a pussy, get on with it, do your part,” he said. Hanks sounded all too prepared to shove someone into a locker, so just listen to the man!

More like this
“A.I. is actually the fastest path to communism,” and other thoughts from Grimes that make no sense
By Rafi Schwartz
Harry Styles, king of gender neutral style, is working on a line of cosmetics
By Kara Weisenstein
Calm app will pay tennis players' fines for skipping press in support of Naomi Osaka
By Kara Weisenstein
Stay up to date