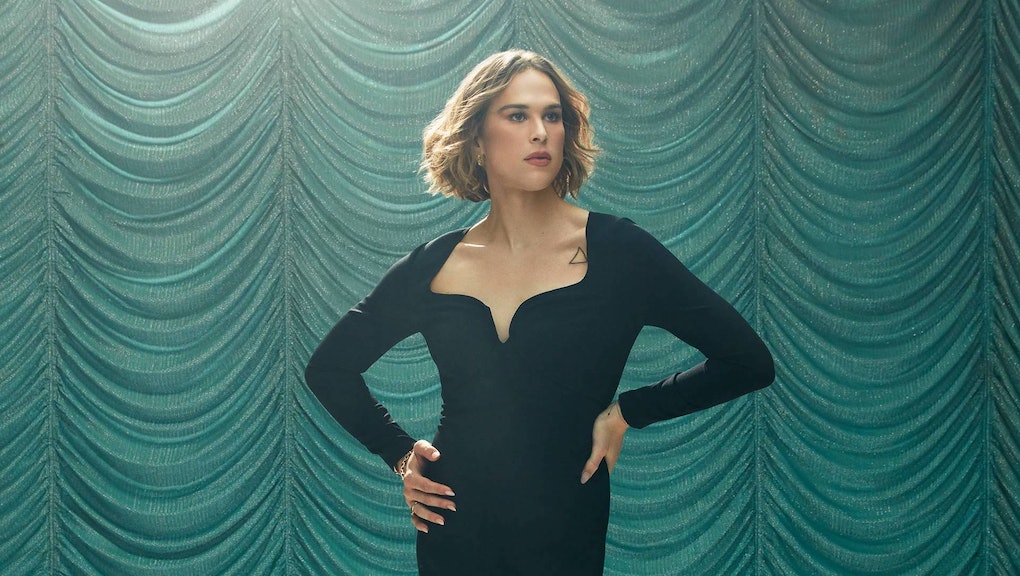 Photograph by Gizelle Hernandez for TIME

Tommy Dorfman has reintroduced herself

"This is an evolution of Tommy. I’m becoming more Tommy."

In conversation with her friend, the novelist Torrey Peters, in TIME magazine, actor Tommy Dorfman reintroduced herself as a transgender woman on Thursday. "For a year now, I have been privately identifying and living as a woman — a trans woman," Dorfman said. She has documented her shifting style and appearance on Instagram in that time and offered no public explanation. But the speculation and comments about her body "began to feel overwhelming."

Dorfman said she didn't want to make a big deal about her gender identity. The announcement is intended to simplify things. "It’s funny to think about coming out, because I haven’t gone anywhere," she explained. "I view today as a reintroduction to me as a woman, having made a transition medically. Coming out is always viewed as this grand reveal, but I was never not out. Today is about clarity: I am a trans woman. My pronouns are she/her. My name is Tommy."

Dorfman also explained why she's keeping her name: "I’m named after my mom’s brother who passed a month after I was born, and I feel very connected to that name, to an uncle who held me as he was dying."

The actor acknowledged she's "most recognized for playing a bitchy gay poet on a soap opera," but said she's not interested in playing male characters anymore. "Except for maybe in a 'Cate Blanchett playing Bob Dylan' way," Dorfman said. "Sometimes you just have to say, 'No, this is just who I f-cking am.'"

When Dorfman didn't feel ready to talk about coming out, she let her changing appearance speak for her. "I recognize that transitioning is beautiful. Why not let the world see what that looks like? So I kept, on Instagram, a diaristic time capsule instead—one that shows a body living in a more fluid space," she told Peters. "However, I’ve learned as a public-facing person that my refusal to clarify can strip me of the freedom to control my own narrative."

Photographed by Gizelle Hernandez for TIME in gorgeous gowns evoking the Golden Age of Hollywood, Dorfman has finally set the record straight, so to speak. "It is not transition. Or it is, but not as an idea of going somewhere. Just that I am actually myself," she said.

More like this
Colin Kaepernick's new Netflix documentary highlights the man behind the icon
By Keith Nelson Jr.
The bittersweet success of 'Shang-Chi' after a year of pandemic-fueled Asian hate
By Brandon Yu
Even in death, Michael K Williams was, and still is, Brooklyn for life
By Keith Nelson Jr.
Stay up to date