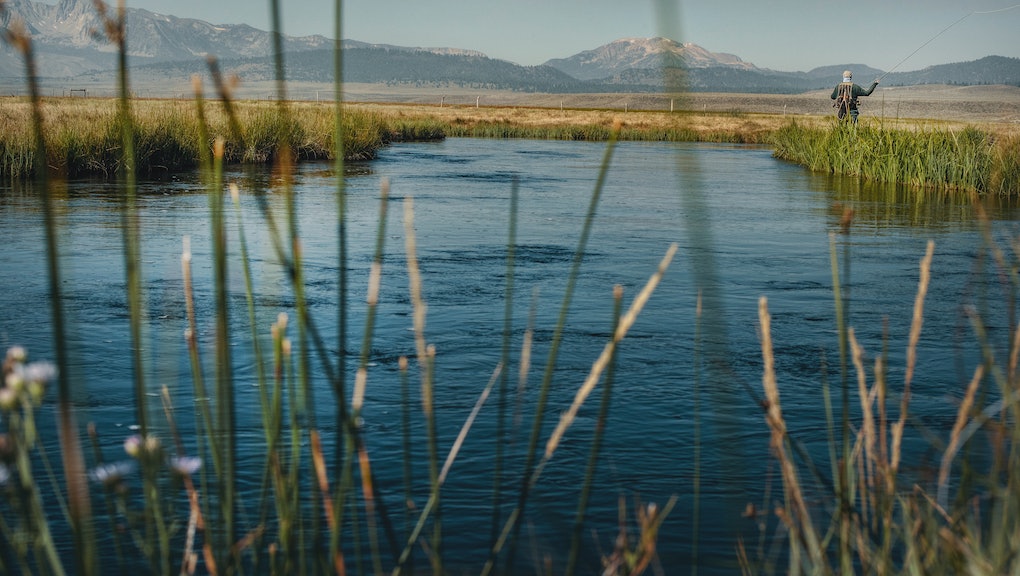 When the Trump administration ends — whether that be in 12 months, five years or, god forbid, longer than that somehow — one of its lasting legacies will be the dismantling of environmental protections. The latest part of the country to be opened up to polluters and malicious actors are rivers, streams, and waterways — all of which will be left unprotected thanks to the Trump administration finalizing new water rules that repeal the Obama-era Waters of the United States regulation. Despite the pervasive sense of incompetence some feel is given off by much of the government's actions under President Trump, his administration has become particularly proficient at undoing rules meant to protect America's unique natural fixtures.

The Waters of the United States (WOTUS) rule, also known as the Clean Water Rule, has been in the crosshairs of Trump and his fossil fuel-adjacent cabinet members basically from the moment he took office. Passed by President Obama in 2015, the ruling set out to make clear what streams, rivers, and wetlands fall under federal jurisdiction and are therefore protected by federal regulations. The rule probably should not have been a controversial one: Politico described it as a "largely technical document" and its primary goal was to clear up much of the vagueness that was present in existing laws that did not explicitly state which waterways have federal protection and just how far upstream those protections go. With the clarity provided by the WOTUS rule, everyone from factory operators to farmers would have a much better idea of what protections are extended to a given waterway and how they would be able to interact with it.

With the new definition of what waterways are under federal jurisdiction, the ruling also extended protections of the Clean Water Act to those areas. With that protection, there are additional regulations required of anyone operating near those waterways. That includes factories, power plants, farmers, and land and home developers, among others. With the Clean Water Act protections in place, there are limits on how much pollution or run off anyone can contribute to the waterways and restrictions on preventing the flow of water. A developer can't fill up a federally protected creek to build a house on it, for instance. There are also standards put in place that require an operation like an oil refinery to provide clear plans on how it intends to minimize spills and discharges that could harm the nearby waterways.

It's worth noting that all of those protections — the ones provided by the Clean Water Act — are not new. That law has been in effect since 1972 when it was passed by Republican president Richard Nixon. The only changes made by the WOTUS rule is establishing which waterways get those protections — something that previously had been largely left up to judgment calls to be made by the Environmental Protection Agency and the Army Corps of Engineers. The lack of clarity on these rules resulted in a number of court cases, including one that got on the radar of the Supreme Court. That case, Rapanos v. United States, was heard in 2006 and somehow managed to provide next to no clarity as the judges were split on how exactly to define the reach of federal protections for wetlands. Given that all previous efforts had failed to clear these things up, the Obama administration sought out to establish clear definitions with the WOTUS rule.

Simple as that rule seems, it caused a considerable amount of pushback and hyperbole. In an effort to reduce confusion about how and where environmental protections are enforced, the Obama administration went too far in extending federal protection to waterways, according to critics. Then Speaker of the House John Boehner, a Republican from Ohio, called the waterway defining rule "a raw and tyrannical power grab that will crush jobs" and claimed that it was "being shoved down the throats of hardworking people with no input, and places landowners, small businesses, farmers, and manufacturers on the road to a regulatory and economic hell.” Similarly, cries of government overreach started emanating from industries that feel overburdened by these types of protections — having to abide by rules that restrict pollution or the degradation of waterways that are necessary for providing drinking water, for instance. It also generated outrageous, nonsensical claims, like Republican Senator David Vitter of Louisiana stating that the government was going to start regulating puddles and ditches.

These beliefs were decidedly untrue. The point of the law was to make clear which waterways would be protected, rather than leaving it up to a case-by-case basis. The EPA had zero interest in trying to protect manmade fixtures like puddles and ditches. Similarly, the idea that the government was trying to use the rule to push its way into farmlands so it could strangle agricultural operations was also largely unfounded. A study analyzing the EPA’s jurisdiction over farms under the rule found the agency's reach actually shrank with WOTUS in place. Experts also noted that the rule made basically no changes to exemptions made available to farmers and other operators who might be affected.

No matter the facts, though: Trump latched on to the criticisms of the rule — especially the unfounded ones — and ran with them. He railed against the rule at rallies and promised to repeal it soon as he took office. While it took him a little while to get around to it, Trump has now made good on his promise. After calling the rule “horrible,” “destructive” and “one of the worst examples" of federal overreach, his administration crafted a new rule that would effectively undo the WOTUS rule. Not only does it walk back the protections, but it also lifted requirements for landowners to get permits from the EPA before interacting with a waterway.

With WOTUS upended, much of America's waterways will be opened up to pollution. An E&E News report from 2018 found that the EPA believes as much as 18 percent of streams and 51 percent of wetlands will be without protection with the WOTUS rule repealed. Everything from potentially toxic runoff from fertilizer and pesticides to the dumping of chemicals is now on the table for those areas. It also rolls back the clear definition of areas under federal jurisdiction, which can have a negative impact even on waterways that retain protections. When a small waterway is polluted, those chemicals and waste can eventually drain into larger bodies of water that may have federal protection. The entire point of WOTUS was to make sure that all waterways large and small could remain in as pristine and healthy condition as possible.

Protecting waterways like these is essential to fending off floods, preventing contamination of drinking water, and fending off pollution that can destroy habitats for plants and animals native to the region. Much of that has now been undone, all in the name of making life easier for polluters. While Trump and his cohorts can pretend this is a move to help farmers, it is that very population who may suffer the most when pollution and runoff start having an adverse effect on their land. Really, this move is for fossil fuel industries and land developers — two groups that have a clear ally in the White House.