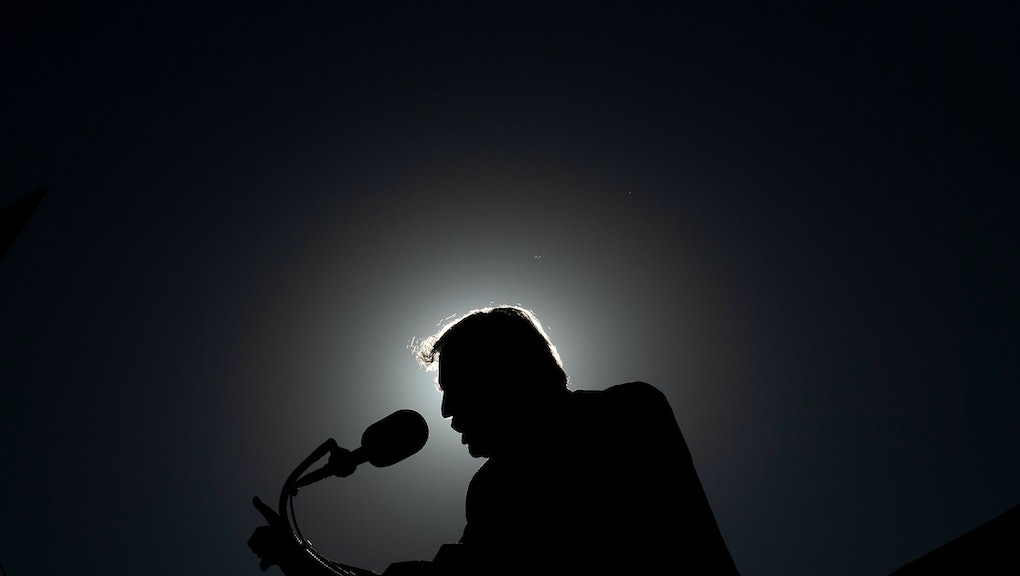 Aside from describing someone as a "dog," there is perhaps no greater insult for President Trump than claiming one of his many, many, many nemeses and adversaries is (gasp!) "low energy."

One who is low energy, in Trump's mind, might as well be one with no energy; a total waste of space who simply cannot keep up with the president's alleged virility and superhuman endurance.

That, at least, is the image the president — a notorious fan of the iconic "power of positive thinking" self-help philosophy that espouses visualizing success before actually, y'know, doing anything — would like to project. And it is likely in this spirit of hyper-energized mania that the president is reportedly planning to hold a staggering 17 separate campaign rallies in the next 72 hours, between Friday afternoon and Monday evening, per CNN's Kevin Liptak.

That's so many. Perhaps even too many for a technically obese 74-year-old man who eats like a shitty teenager and is newly recovered from a life-threatening viral infection.

You see, the same day that the 17-stop blitzkrieg was announced, CNN released the results of a study showing viral infections spiked in over 80% of the counties that held one of 17 Trump rallies from late August to late September. What's more, on Friday, a separate study published in the journal Science Advances showed that "states with the highest level of fatalities were about 3% less likely to support President Trump’s re-election in the presidential race against Democrat Joseph R. Biden."

Let's do the math:

Of course, for the president, better to leave a trail of death and disease in his wake than even risk being labeled "low energy," right?