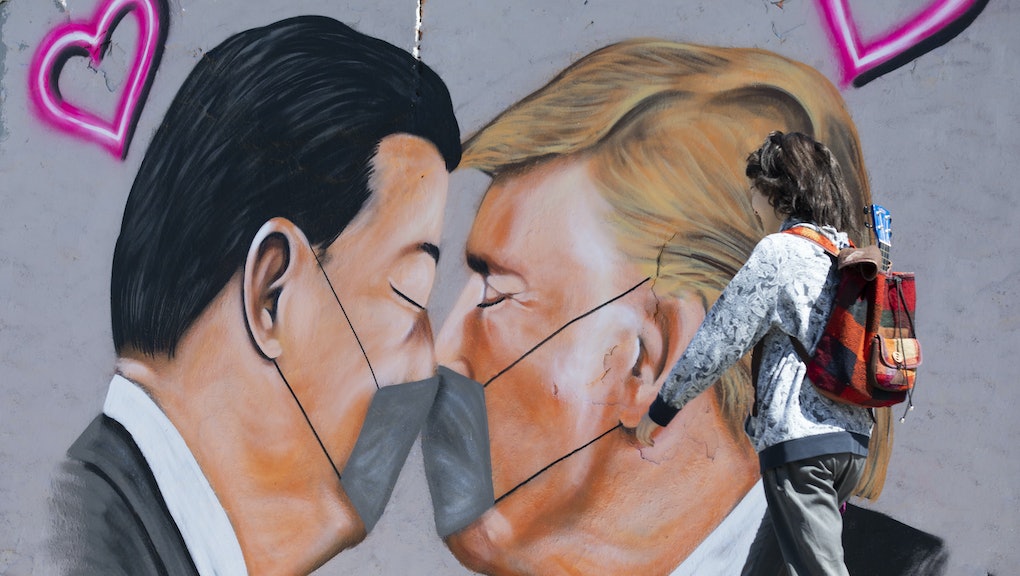 Trump is reportedly laser-focused on "punishing China" for coronavirus

If there's anything resembling consistency in President Trump's grotesquely bungled handling of the coronavirus pandemic over the past few months, it's been his pathological need to shift the blame away from his own obvious failures as both a leader and decent human being, and onto whomever is the most convenient scapegoat on that day.

To that end, the president has alternately blamed: the Obama administration for paradoxically leaving him "broken" COVID-19 tests, years before the virus ever existed; blue state governors for not being "appreciative" of his woefully inadequate pandemic response; and above all others, China, source of the "Chinese Virus" as he and his surrogates insisted coronavirus be called, despite the obvious racism — and the dangers it represents — implicit in his moniker.

Now, the president appears ready to elevate that xenophobic blame-shifting to a new level, with four senior administration officials telling The Washington Post that the White House is readying plans to get revenge on China for its role in the pandemic's outbreak. As one senior adviser put it to the Post: "Punishing China is definitely where the president’s head is at right now."

Cautioning the Post that "the discussions are preliminary and that little formal work has begun on turning these initial ideas into reality," the officials claim that options being considered range from stripping sovereign immunity from China — thus allowing Americans to sue the country for damages — to simply refusing payment on an unspecified amount of the massive U.S. debt that China currently holds. (White House economic advisors were quick to insist that the U.S. would never default on its debt obligations.)

While there is evidence to suggest that China's initial reaction during the early stages of the COVID-19 outbreak may have hampered a more forceful response down the line, its overall handling of the pandemic has earned a number of positive (or at least, mixed) accolades. At the least, a punitive attack on China on the part of the United States — which is currently the number one infectious hotspot on Earth — seems like a massive overreaction, which could, in turn, prompt an equally severe response.

These allegedly proposed retaliatory measures align with the president's earlier efforts to financially punish the World Health Organization for, among other things, his claim that the organization was influenced by China at the pandemic's outbreak.

If the president does follow through with some sort of action against China, the question becomes whether he actually deletes his January tweet praising the country for its "efforts and transparency" around coronavirus, or just leaves it up and pretends like it doesn't exist.

Only time will tell.