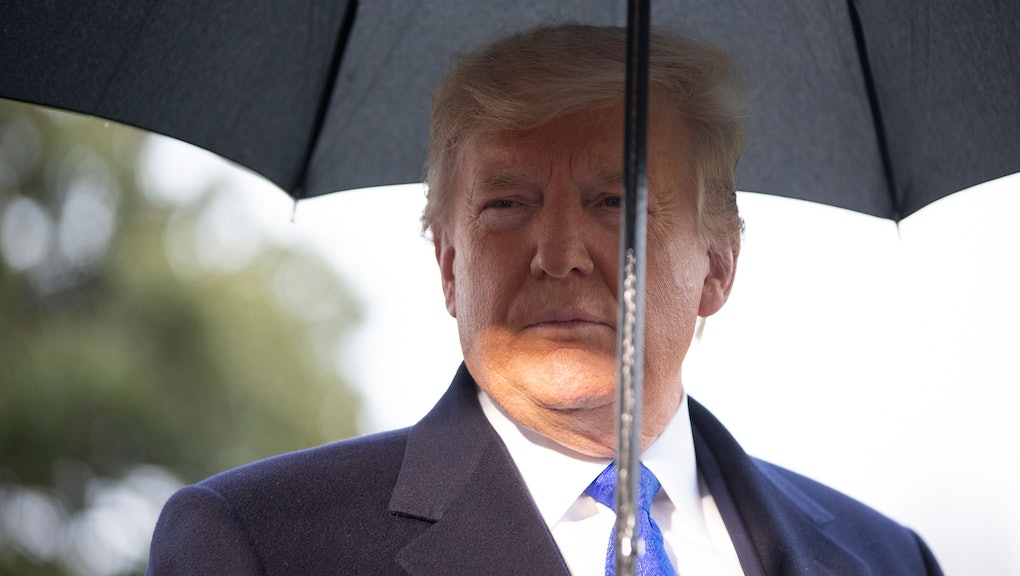 The Trump administration has approved a rule that removes hundreds of thousands of people from food stamps, just in time for the holidays. It’s just another dreary day in the government’s dystopian assembly-line deconstruction of the social safety net. After ignoring hundreds of thousands of public comments, the administration has approved a rule that forces states to more strictly enforce work requirements for people to receive food stamps. The decision is expected to kick nearly 700,000 people off of the federal Supplemental Nutrition Assistance Program (SNAP).

“Government can be a powerful force for good, but government dependency has never been the American dream,” Sonny Perdue, the agriculture secretary, said. “We need to encourage people by giving them a helping hand but not allowing it to become an indefinitely giving hand.”

The rule in question was first proposed in February by the Department of Agriculture. It stops allowing governors to waive requirements for able-bodied adults without children to work in order to receive food stamps. According to the Trump administration, the economy has improved so much that poor people no longer need help, and the job market is strong enough that there's no reason to help unemployed people.

This kind of deeply condescending thinking ignores the fact that millions of people are trapped in a cycle of poverty that can’t just be magically bootstrapped away. Work requirements aren’t helpful “encouragement” for people who are too poor to own a car to get to work, or who couldn’t afford to attend college and obtain the degree that opens up many employment doors.

Powerless to fight against the decision, Democrats harshly criticized the move.

“The Trump administration is driving the vulnerable into hunger just as the Christmas season approaches,” Senate Minority Leader Chuck Schumer (D-N.Y.) told The New York Times. “It is heartless. It is cruel. It exposes a deep and shameful cruelness, and hypocrisy in this administration.”

The proposal is just one part of a larger attack on food stamps from the Department of Agriculture. The agency has floated another rule, which, if approved, would kick more than 3 million more people off the program. The suggested rule would stop allowing people with an income of more than 200 percent of the federal poverty level from receiving assistance. This works out to around $50,000 for a family of four, according to the Times. It would also strip food stamp benefits from people with more than $2,250 in assets.

There’s nothing much to say about this proposal beyond that it’s extremely bad. In fact, it’s especially grim that the administration removing life-sustaining benefits from millions of people feels almost run-of-the-mill, likely to disappear in the news beneath the latest Trump scandal or impeachment boondoggle. Poverty has been criminalized, and misery has been mainstreamed.

More like this
Donald Trump is EXTREMELY not into coups, so don't even ask!!!
By Rafi Schwartz
The Trump/O'Reilly fashapalooza is putting up some sad ticket sales numbers
By Rafi Schwartz
In a rare moment of honesty, Trump admits he "became worse" after impeachment
By Rafi Schwartz
Stay up to date