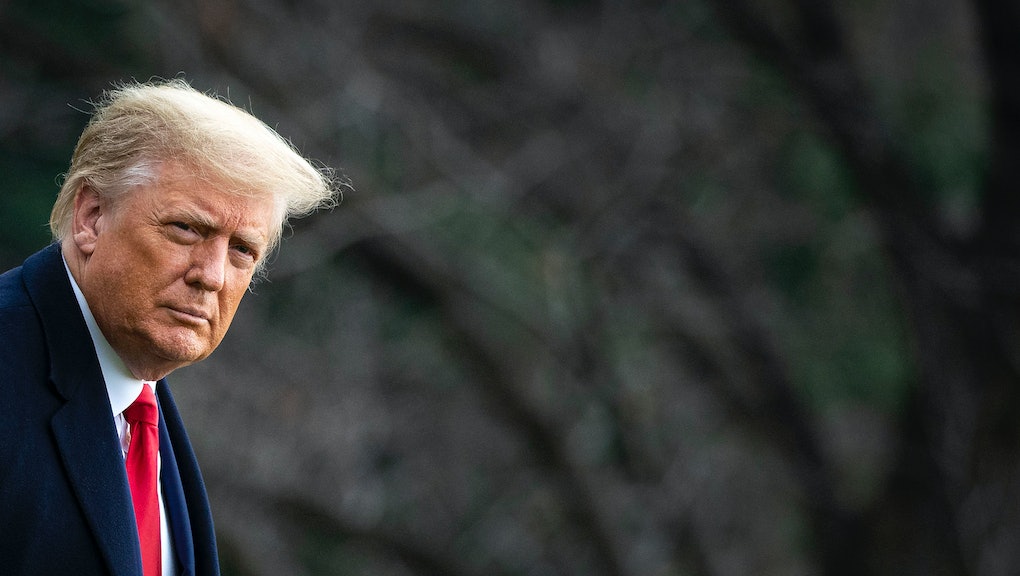 There is a lot that can be said to define President Trump and his administration. With the end of his term approaching, Trump is rushing to perform a few final acts to cement his legacy. And this week, Trump's decision to pardon the infamous Blackwater security contractors set yet another dark mark on his administration.

On Tuesday, Trump granted a total of 15 full pardons to individuals and commuted part of or all of the sentences for another five people. Those who received pardons include three infamous Republican former members of Congress: Duncan Hunter, who pled guilty to misusing more than $250,000 in campaign funds; Chris Collins, who was the first House member to endorse Trump in 2016 and who was convicted of insider trading; and Steve Stockman, who faced multiple felony counts of financial crimes. He also pardoned Igancio Ramos and Jose Compean, two Border Patrol agents who shot an unarmed person fleeing arrest and tried to cover it up.

But the pardons that stand out the most are those of Nicholas Slatten, Paul Slough, Evan Liberty, and Dustin Heard. Each of the men are former government contractors for the private military firm Blackwater. They were involved with the Nisour Square massacre in Iraq, in which a tactical support team called "Raven 23" fired on Iraqi people from an armored convoy. At least 17 people were killed, including 9-year-old Ali Kinani who was shot in the head.

CNN reported that an FBI investigation found 14 of those deaths were unjustified. For their part in the massacre, Slough, Liberty, and Heard were convicted on multiple charges of voluntary and attempted manslaughter. These convictions carried a sentence of 30 years in prison for each of the men. Because Slatten was found to have started the shooting, he received a conviction of first-degree murder and received a life sentence. All of that was wiped away by Trump.

In the original Blackwater trials, defense lawyers tried to argue that their clients returned fire after being ambushed by Iraqi insurgents. The White House leaned on this excuse again in a statement explaining the pardons, writing, "the lead Iraqi investigator, who prosecutors relied heavily on to verify that there were no insurgent victims and to collect evidence, may have had ties to insurgent groups himself."

However, perhaps the most damning part of the statement is simply the grammar the White House uses to discuss the massacre. The White House referred to the massacre as a "situation [that] turned violent," as if the guns magically shot themselves. There is no acknowledgement of the reports that the Blackwater contractors first opened fire on a car driven by a couple and their child simply because it did not get out of the convoy's way in traffic.

In a Twitter thread, Paul Dickinson, a lawyer who represented families in a civil lawsuit against Blackwater for the killings, wrote how Kinani's family's car was "riddled" with bullets. Still, his family thought nobody in their car was harmed. But after the shooting stopped, one of Ali's cousins riding in the car told Kinani's father, who was driving, that Ali had been shot.

"His father opened the door after seeing blood on the window — and Ali's brain fell out onto the pavement between his father's feet," Dickinson wrote. "Nicholas Slatten. Dustin L. Heard. Evan S. Liberty. Paul A. Slough. The Blackwater guards convicted of killing Ali Kinani and over a dozen other innocent Iraqi civilians were pardoned today by Donald Trump."