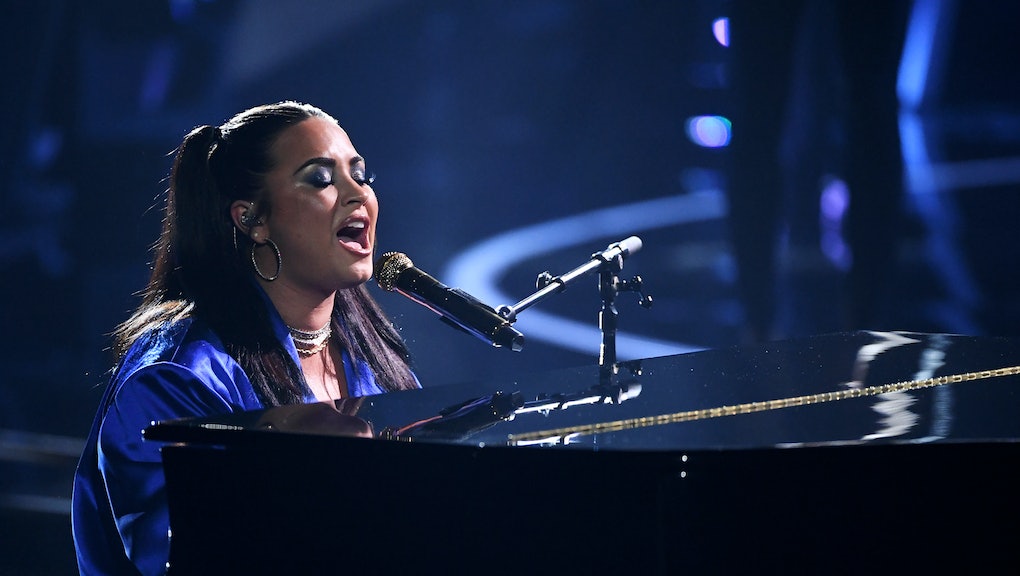 Trump takedown songs are the soundtrack for the 2020 election

The past four years have been filled with plenty of anti-Trump anthems. From YG’s “Fuck Donald Trump” to Fiona Apple’s “Tiny Hands,” musicians have not been quiet about their views of the president. So, it’s not surprising that the most contentious election in a generation has spawned a slew of new Trump takedowns from Demi Lovato to De La Soul.

“If I did the things you do, I couldn't sleep/ Seriously, do you even know the truth?” sings Lovato on her track “Commander in Chief” taking direct aim at Trump. After its release last month, she added on Instagram, “I literally don’t care if this ruins my career.”

Like Lovato, artists spanning genres from jazz to hip-hop have felt the urge to contribute to the discourse surrounding a potential Trump second-term. According to Dorian Lynskey, music critic and author of 33 Revolutions Per Minute: A History of Protest Songs, songs about the country’s current events started gaining popularity again during the Ferguson uprisings in 2014, with tracks like Kendrick Lamar’s “Alright” becoming the anthem of the Black Lives Matter movement.

Trump taking office has inspired a number of songs directly dissing the 45th president. And as Americans got ready to cast their ballots, musicians increasingly stepped up to the mic.

“This is a period in which the discourse around music is intensely political and major pop stars aren’t shying away from expressing their views,” explained Lynskey over email. “With Black Lives Matter and then Trump, the last six years have been another period when artists are rewarded for addressing political concerns because audiences demand it.”

While some tracks take a more abstract approach to broaching Trump’s presidency like Mick Jagger’s track “Pride Before a Fall” others like De La Soul’s “Remove 45” are blatant pleas to unseat the president. "Fire 45 and Mike Pence/ 'Cause it don't make sense (Get 'em outta here)/ We need a better alternative," raps the legendary hip-hop trio’s lyrics.

It’s been a growing trend during this election cycle for celebrities (including musicians) to use their platforms to implore the importance of voting out Trump. While the tradition of political songs dates back centuries, in recent years the music industry has further entwined itself with the democratic process through initiatives like Rock The Vote and HeadCount, which has heavily relied on concerts and festivals to register voters. Now, since the pandemic has cancelled most live events, songs have become a way to reach potential voters.

“Politically active artists want to express their opinions through their art but they also want to help affect change when they get the chance, and an election is a great opportunity. It doesn’t necessarily pay off — Marvin Gaye and Neil Young both released anti-Nixon songs during the 1972 campaign and Nixon won in a landslide — but it’s a great focal point,” said Lynskey. “An election is one of the few times that a song can actually have a practical impact.”

While we have to wait until all the votes are counted to know the full effect of anti-Trump anthems like Lovato’s “Commander in Chief,” her music video has already racked up more than 6 million views on YouTube, proving people are definitely listening.

More like this
How late night TV marked the Derek Chauvin verdict
By Kara Weisenstein
Caitlyn Jenner is officially running for governor of California for some damn reason
By Rafi Schwartz
How “stoopers” turned New York City sidewalks into trendy, sustainable thrift shops
By Jasmine Vojdani
Stay up to date