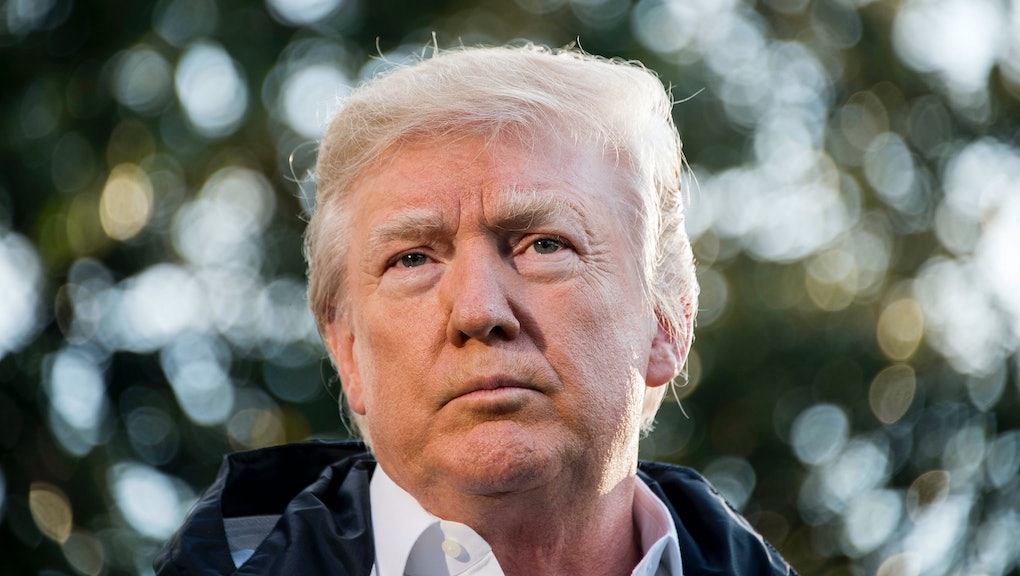 In an exclusive interview with The New York Times, a former acting homeland security secretary under President Trump revealed that Trump considered "selling" Puerto Rico in the aftermath of Hurricane Maria. The storm devastated the island territory, which is home to more than 3 million people, in September 2017.

"The president’s initial ideas were more of as a businessman, you know,” Elaine Duke, the former acting secretary of homeland security who assumed the post after John Kelly became Trump's chief of staff, told the Times. Duke described Trump's thinking at the time: "Can we outsource the electricity? Can we sell the island? You know, or divest of that asset?"

The Times noted that selling the island was "never seriously considered or discussed" after Trump floated it." But Trump built his presidential campaign in 2016 on the idea that he, as a lifelong businessman, could bring entrepreneurial principles to American politics, so it's not far-fetched to imagine him as eager to sell off Puerto Rico rather than provide relief to the American citizens who live there.

Hurricane Maria was the strongest storm to hit the island in 50 years, and came just a few weeks after another hurricane touched down. The death toll is officially recorded at 3,000, though many say that the number is likely higher, given how many people could have passed away after the hurricane due to secondary causes. Almost half of Puerto Ricans, who are by law U.S. citizens, live in poverty, and years after Maria, 45,000 continue to live under "blue roofs" — tarps installed in homes by the Federal Emergency Management Agency.

In times of crisis, it's the president's job to roll out a swift, comprehensive strategy for providing support to devastated communities. Yet Duke's revelation contextualizes how Trump actually responded to the crisis three years ago, when he arrived to Puerto Rico amidst devastation and tossed rolls of paper towels into a crowd of onlookers, as if distributing resources was some sort of game.

The alleged comments also hint at the long-standing inequitable relationship Puerto Rico has with its parent country. In the aftermath of the hurricane, Puerto Rico's debt ballooned, much of which is owned by U.S.-based companies. Trump has criticized the island for its growing debt, but because the island is not a state, it doesn't have other avenues to declare bankruptcy or rely on the federal government for aid. Some argued in the wake of Hurricane Maria that if Puerto Rico had been granted statehood, the federal government's response would likely have been much quicker and more robust.

Instead, Trump's response was largely seen as inadequate, if not outright callous — an approach Americans are reliving now, as coronavirus infections continue to climb while the president has largely moved on from the crisis.

More like this
Donald Trump, king of scams, says Bitcoin is a scam
By Rafi Schwartz
Marco Rubio wants to give survivors of domestic terrorism … one year of student loan relief?
By Rafi Schwartz
Newly uncovered IRS documents reveal exactly how the rich swindle the rest of us
By AJ Dellinger
Stay up to date