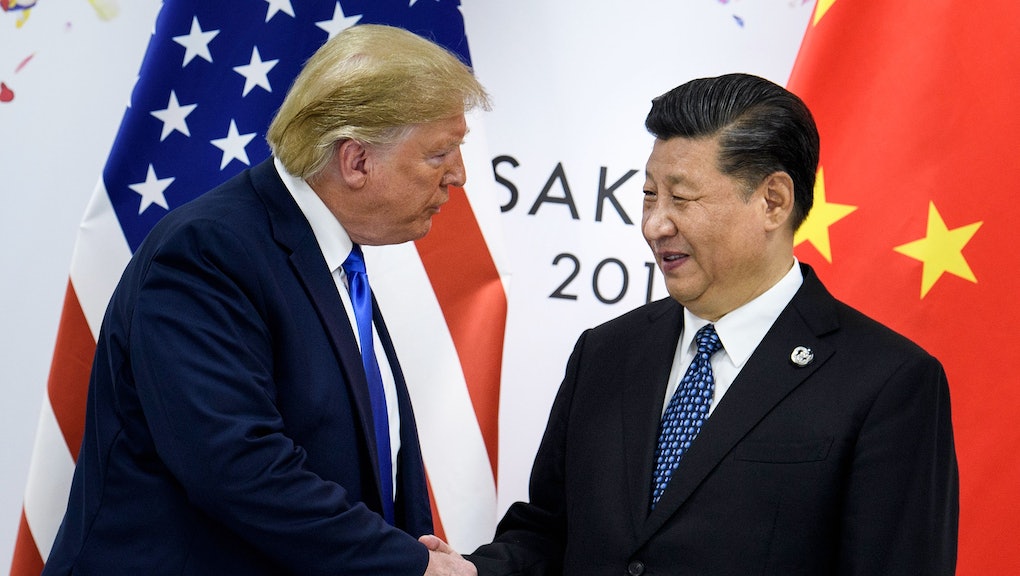 The United States and China are waging a PR war, using funding for the World Health Organization as a proxy battlefield. On Monday, at a WHO meeting, President Xi Jinping of China announced that his country would be funding the group to the tune of $2 billion over the next two years, as well as sending doctors and medical supplies to Africa. According to The New York Times, his generosity was understood by American officials to be a message beyond charity: Xi, the newspaper contends, wants to buy enough global goodwill to deflect rising criticism of his country’s coronavirus response and curtail demands for an investigation into the genesis of the pandemic. President Trump, meanwhile, is eager for a rousing election year message and leading the charge to blame China.

“In China, after making painstaking efforts and sacrifice, we have turned the tide on the virus and protected lives,” Xi said at Monday’s forum. “We have done everything in our power to support and assist countries in need.” Trump has by contrast vilified the world health agency, and Xi's donation is more than twice the amount of funding that Trump withdrew from the organization.

After Xi’s announcement, Trump posted a letter to Dr. Tedros Adhanom Ghebreyesus, the director of the WHO, on Twitter. In it, he doubles down on his criticism of the organization, noting its “alarming” close ties to China. “It is clear the repeated missteps by you and your organization in responding to the pandemic have been extremely costly for the world,” Trump wrote. He said that he will permanently end U.S. funding for the health organization unless it can “commit to substantive improvements within the next 30 days.” Although he did not outline what changes would be required for the U.S. to retain membership in the WHO, Trump did specify that “the only way forward for the World Health Organization is if it can actually demonstrate independence from China.”

However, experts told Vox that Trump’s blame game deflects from United States culpability. Prior to the pandemic, the United States gave 10 times more funding than China to the WHO, which begs the question of why China is any more responsible than we are for any failings the organization may have made in the pandemic’s early days.

In fact, continued dependence on Chinese funding seems far more likely for the organization, especially since Xi doubled the United States’ prior commitment. The funds are just part of China's ongoing attempts to position itself as a global leader, filling in the power vacuum left by Trump’s antipathy towards global institutions. This is a dynamic that precedes the current pandemic; over the past decade, China has lent billions of dollars to fund infrastructure projects in 70 developing countries as part of its Belt and Road Initiative, an ambitious exercise in using soft power to exert influence and topple the United States from its perch atop the global order.

Now, that project is reeling as poor nations struggle to repay their loans, and China has become the target of a vicious backlash over its perceived coverup of COVID-19. Over 100 countries have joined on to a resolution, sparked by demands from Australia, which called for an "impartial, independent, and comprehensive evaluation" of the World Health Organization’s “coordinated international health response to COVID-19." While this resolution does not specifically name China (in order to encourage a broader range of countries to sign on, according to CNN) it is widely interpreted as calling for a probe into how the country allowed the virus to spread initially.

Last week, China's ambassador to the U.K., Liu Xiaoming, said that the country was willing to allow such a probe, with certain conditions. "We're open, we are transparent, we have nothing to hide, we have nothing to fear,” he said. “We welcome an international, independent review, but it has to be organized by the WHO."

In other words, China is only open to an investigation by the same body it’s now pumping full of money. It’s understandable why many countries, including the United States, may be critical of the country’s perceived attempts to use the WHO as a shield to prevent oversight.

At the same time, the United States pulling back from an organization like the WHO to make a political point seems like a potentially dangerous avenue to go down, with coronavirus continuing to cost lives and a vaccine many months away at a minimum. And it’s a clearly political attempt to cast blame elsewhere, distracting from the harsh fact that 100,000 Americans have died as a result of the Trump administration’s lethargic, bungled response to the pandemic. In the middle of the world’s worst crisis in a generation, superpowers treating the WHO as a political football does not feel especially healthy.

More like this
New York will finally offer vaccines to all inmates, after a judge's order
By Vanessa Taylor
Jailhouse lawyer Johnnie Cook is fighting for pandemic justice
By Mai Tran
New York has set aside a massive, first-of-its-kind fund for undocumented workers
By Rafi Schwartz
Stay up to date