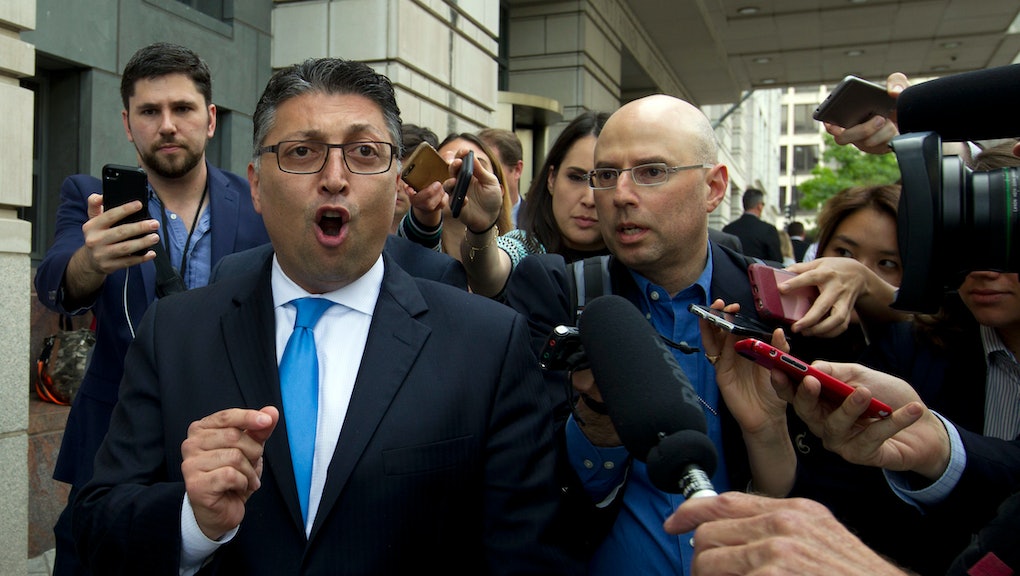 The Department of Justice and Federal Trade Commission are gearing up to start investigating big technology firms for potential antitrust violations. There's just one problem: some of the key appointments made by President Donald Trump have some significant conflicts of interest — including Trump's antitrust chief in the DOJ. Those issues could create hurdles in properly regulating some of the biggest and most influential companies in the world.

On Tuesday, Senator Elizabeth Warren called for the Assistant Attorney General for the Justice Department's antitrust division, Makan Delrahim, to recuse himself from any investigations into Google and Apple. In a letter, Warren noted that Delrahim accepted more than $100,000 in income from Google in 2007. During that year, he lobbied on Google's behalf to convince federal antitrust officials to allow the company to acquire online advertising company DoubleClick. The investment certainly paid off for Google as its advertising business generated $32.6 billion in ad sales during the fourth quarter of 2018.

In addition to working on Google's behalf, Delrahim was also hired by Apple to lobby on the company's behalf on patent reform issues. Delrahim was on the Apple payroll in 2006 and 2007. Reuters reported in 2017, when he was appointed to his role in the Justice Department, that Delrahim had also lobbied on behalf of semiconductor company Qualcomm and telecom giant Comcast during his time in the private sector.

Delrahim is far from the only person in the Trump administration whose credentials call into question just how much scrutiny they will apply when investigating tech firms. Over in the Federal Trade Commission, the head of the Bureau of Consumer Protection, Andrew Smith, has his own extensive list of former clients he is now tasked with looking into.

After being appointed to the FTC last year, Smith's financial disclosure forms were made public via a Freedom of Information Act request. It revealed that he accepted money from a number of major companies who have come under fire for anti-consumer behavior. While working as a lawyer for the D.C.-based law firm Covington & Burling, Smith represented Facebook, Uber, Equifax and just about every major financial institution imaginable, including the constantly troubled Wells Fargo. He also represented convicted racketeer and payday lender Scott Tucker, who was fined $1.3 billion by the FTC for illegal and inflated fees issued to consumers.

Smith has had so much involvement with companies under the watch of the FTC that the agency has required him to recuse himself from any case involving 120 different companies. Among them are Facebook, Amazon, and Microsoft. In some of the biggest cases facing the FTC, the person who is supposed to be the leading protector of consumers is effectively toothless and unable to perform his duties because of his previous dealings with many of those firms. Remington A. Gregg, counsel for civil justice and consumer rights at watchdog group Public Citizen, the organization that published Smith's financial disclosure forms, put it simply in a statement last year: "Andrew Smith is literally not able to do his job."

While it's possible that investigations into tech firms could be organized to avoid the conflicts of interest that afflict some of the higher-ups in both agencies, it appears that the government will lean into those issues instead. Reuters reported that the Justice Department, where Delrahim operates, will handle investigations into Apple and Google — both companies that have paid Delrahim for lobbying work. Meanwhile, the FTC will head up probes into Amazon and Facebook, two companies that Smith is prohibited from looking into himself because of his prior relationships to those firms.

More like this
There are QAnon NFTs now, because one grift deserves another
By AJ Dellinger
Biden's new office to fight for environmental justice already faces an uphill battle
By AJ Dellinger
Scientists are potty-training cows in an effort to save the planet
By AJ Dellinger
Stay up to date