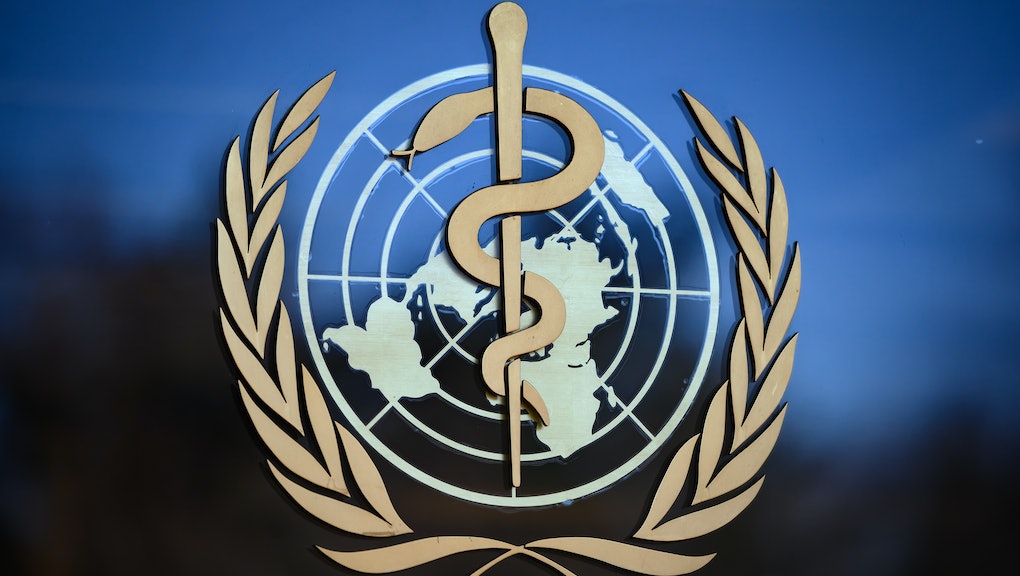 Consistent with the President’s general disdain for international cooperation, the Trump administration is officially withdrawing the U.S. from the World Health Organization. Critics of the move point out that it couldn’t come at a worse time, as the numbers COVID-19 cases and deaths continue to grow around the world.

The administration has notified Congress and the United Nations of its decision, CNN reports. A State Department official confirmed submission of the U.S.’s notice of withdrawal to the UN Secretary-General, effective July 6. A source told the news outlet that the document starts a one-year timeline for the process, but couldn’t say with certainty whether they saw the final version

The decision follows Trump’s announcement in April that, pending review, the U.S. was cutting off its funding to the WHO, which made up about 15% of the organization’s budget, according to NBC News. He voiced his desire to formally break ties with the WHO for the first time about a month later, per CNN, alleging that it helped China conceal how the novel coronavirus emerged.

Although House GOP members also believed the WHO allowed the Chinese government to cover up this information, they opposed withdrawing from the organization in a report published last month, CNN explains. Members of the GOP China task force also strongly cautioned against the withdrawal, which they said could limit the U.S.’s ability to enact the reforms it wishes to see.

Trump’s withdrawal plan aligns with his antagonistic stance toward global organizations, who he suspects of exploiting the U.S., CNN reports. He’s called U.S. funding to the UN and NATO into question, withdrawn from the Paris climate accord, and more.

There’s one glimmer of hope in all this: If Trump loses the presidential election in November, the withdrawal can be overturned, a UN diplomat told CNN.

Unlike other countries that have started reopening over the past two months, the U.S. has failed to curb a resurgence of COVID-19, and it now comprises around 25% of daily new cases, the New York Times reports. In the midst of what many have criticized as basically a dumpster fire of a response to the pandemic in the U.S., withdrawing from the WHO “won't protect American lives or interests — it leaves Americans sick & America alone," tweeted New Jersey Senator Robert Menendez of the Senate Foreign Relations Committee on July 7, per CNN. What might look like an “America First” approach could endanger us, and the rest of the world, even more.

More like this
California could ban nonconsensual condom removal. Why isn't this already illegal?
By Melissa Pandika
Delta might be the last COVID nightmare variant we get
By Ian Kumamoto
Studies suggest that Pfizer is no longer the cooler vaccine
By Ian Kumamoto
Stay up to date