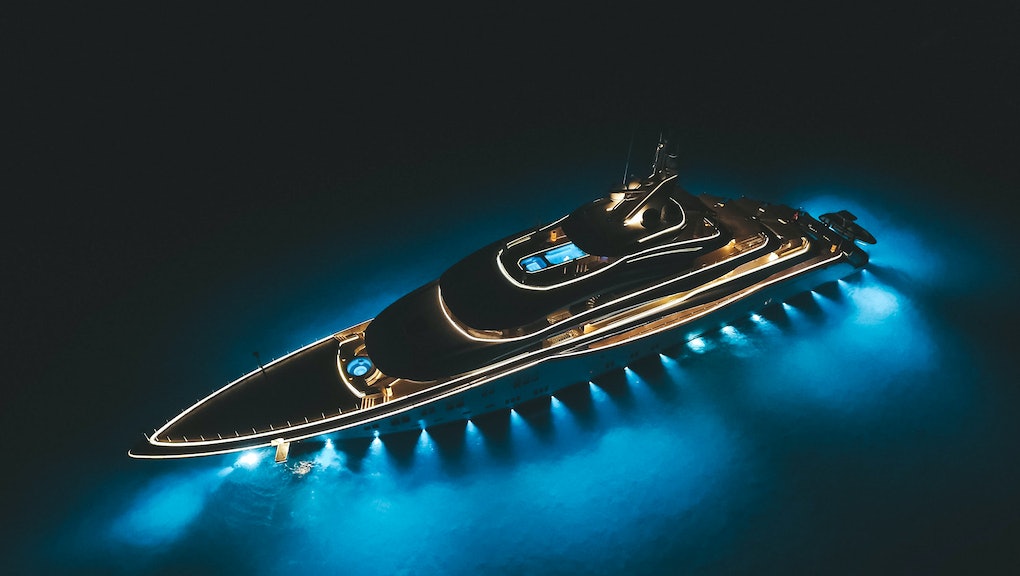 Trump's opportunity zones are supposed to help the poor. But billionaire GOP donors cashed in instead

A Trump tax break designed to help impoverished neighborhoods has lined the pockets of wealthy Republican donors. President Trump and congressional Republicans passed new tax legislation in 2017, introducing one provision in particular that was supposed to encourage business owners to invest in poor neighborhoods. Under the code, these communities are labeled opportunity zones, and if a developer builds anything in these zones, they receive a tax break. This reward is for new projects only.

At least, that’s how it’s supposed to work.

Instead, it appears that former Florida Gov. Rick Scott (R) bent the rules for a few of his wealthy friends, ProPublica reported Thursday. Scott, now a senator for the Sunshine State, designated the Rybovich superyacht marina an opportunity zone at the request of owner Wayne Huizenga Jr. Huizenga Jr. is the son of Wayne Huizenga Sr., the late billionaire co-owner of Blockbuster Video and founder of Waste Management.

“The existing Rybovich operation is the cornerstone of a community-based initiative that will be bringing hundreds of jobs and new marine related businesses to the immediate area,” Huizenga Jr. wrote in a letter to Scott. The marina is located in West Palm Beach, Florida.

Scott also helped out Related Group chairman Jorge Pérez and Equinox part-owner Stephen Ross, who owns a quarter of Related. The company will partner with Rybovich to develop the area surrounding the marina; Huizenga Jr. has said he wants to build luxury apartments around the property. Both Pérez and Ross have donated to Scott in the past, ProPublica noted.

Trump is proud of the program and insisted it helped marginalized people, namely African Americans. "One other thing we did, aside from criminal justice reform: opportunity zones. And they are doing unbelievably well,” he said during an August press conference. “And the biggest beneficiary there is African Americans.”

While bequeathing the tax break on the highly exclusive marina, Scott rejected bids from poorer parts of West Palm Beach, ProPublica reported. A spokesperson for Scott defended his decisions in a statement Thursday, per Florida Politics.

“Then-Gov. Scott and [the Florida Department of Economic Opportunity] wanted every county in Florida to have an opportunity zone, however, the federal government was very clear on what communities could be considered,” the statement read. As such, per the statement, "Scott's focus was on supporting job creation in low-income areas in the state, based on federal requirements and what would offer the best return on taxpayer dollars. That’s what guided every decision he made.”

Rybovich President Carlos Vidueira released a statement insisting the company “has never planned the use of any opportunity zone tax deferment for its property," claiming the reason it applied for the break "was to create incentives for redevelopment by third parties in the surrounding neighborhood. The letter was not motivated by an attempt to create incentives for Rybovich."

Congress is in conflict over the opportunity zone program.

On Wednesday, House Majority Whip Jim Clyburn (D-S.C.) and Reps. Alma Adams (D-N.C.) and William Lacy Clay (D-Mo.) introduced legislation to prevent “sin list” businesses, like casinos, from benefiting from the initiative, according to The Hill. They also want to terminate any designations that are not in low-income areas and make the qualifications stricter.

"This program needs to be tweaked if it is to accomplish its stated purpose, and this legislation makes the necessary reforms to ensure it is making an impact in the communities that need investments the most,” Clyburn said in a statement.

Senate Finance Committee Ranking Member Ron Wyden (D-Ore.) also proposed a bill to “terminate just 2% of opportunity zones that are not low-income, allowing states to designate replacements that better meet the intent of the program," according to his spokeswoman Ashley Schapitl.

"Sen. Wyden’s goal is to ensure that this incentive spurs new investments in truly low-income communities,” Schapitl said in a statement, “rather than provide windfalls to the wealthy and connected at taxpayer expense.”