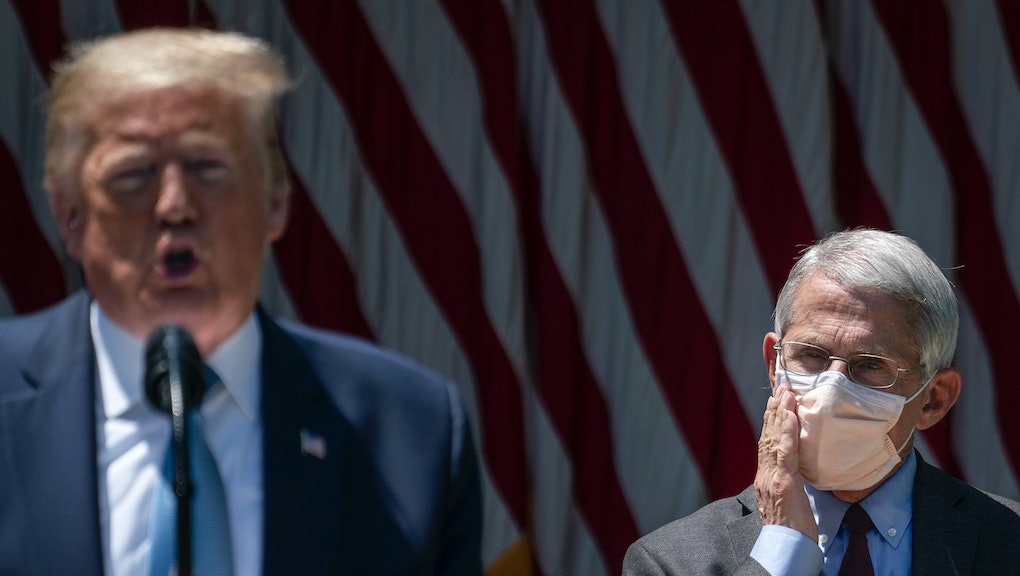 As coronavirus rates skyrocket across multiple states in what could either be called a second wave of the pandemic or — perhaps more accurately — a grotesque continuation of the first one, the Trump administration is going to extraordinary lengths to sideline and discredit the medical experts best suited to address the catastrophic plague sweeping the nation.

This week the White House confirmed that COVID-19 patient data from hospitals around the country will no longer be sent to the Centers for Disease Control and Prevention, and will instead be collected directly by the Department of Health and Human Services — that is, the Trump administration, itself — in what HHS spokesman Michael Caputo described to The New York Times as a "streamlined all-of-government response."

But medical professionals worry that by bypassing the CDC, the Trump administration could effectively lock down data that should be made widely available in the interest of public health.

"What logic does this have, other than to take away the data from the epidemiologists that are the best in the world at looking at this data, making sense of it, translating it for people," CNN's Dr. Sanjay Gupta asked during a recent broadcast.

"Historically, [the CDC] has been the place where public health data has been sent," Jen Kates, the Kaiser Family Foundation's director of global health and HIV policy, told the Times. "This raises questions about not just access for researchers but access for reporters, access for the public to try to better understand what is happening with the outbreak."

But the Trump administration isn't simply redirecting and restricting the flow of crucial pandemic data — it's also actively working to discredit its own medical professionals who are seen by some within the White House as going against the president's push to re-open the country regardless of the consequences.

Earlier this week, White House trade adviser Peter Navarro published a transparent hit piece against Dr. Anthony Fauci, the director of the National Institute for Allergy and Infectious Diseases, in USA Today. In his op-ed, Navarro claimed that the administration's highest profile coronavirus expert "has been wrong about everything" and that "when you ask me whether I listen to Dr. Fauci’s advice, my answer is: only with skepticism and caution."

Whether Navarro — who is technically a doctor, of economics — had the White House's blessing to go after Fauci is something of an open question. Administration officials have been quick to insist that the column was written outside the "normal ... clearance process" and represented "the opinion of Peter alone."

"Navarro went rogue and the White House does not stand by these unauthorized opinions," one administration official told The Wall Street Journal.

Emphatic protestations aside, it's hard to imagine Navarro feeling comfortable publicly attacking Fauci unless he knew the president would in some way have his back — a reasonable assumption on Navarro's part, given that just days earlier Trump had retweeted a number of messages questioning his own administration's medical experts, including the CDC, and "our doctors." And more explicitly, Trump himself told Fox News host Sean Hannity recently that Fauci is "a nice man but he’s made a lot of mistakes."

In other words, Navarro's column itself may have been unauthorized, but its message doesn't seem to have been all that "rogue" after all.