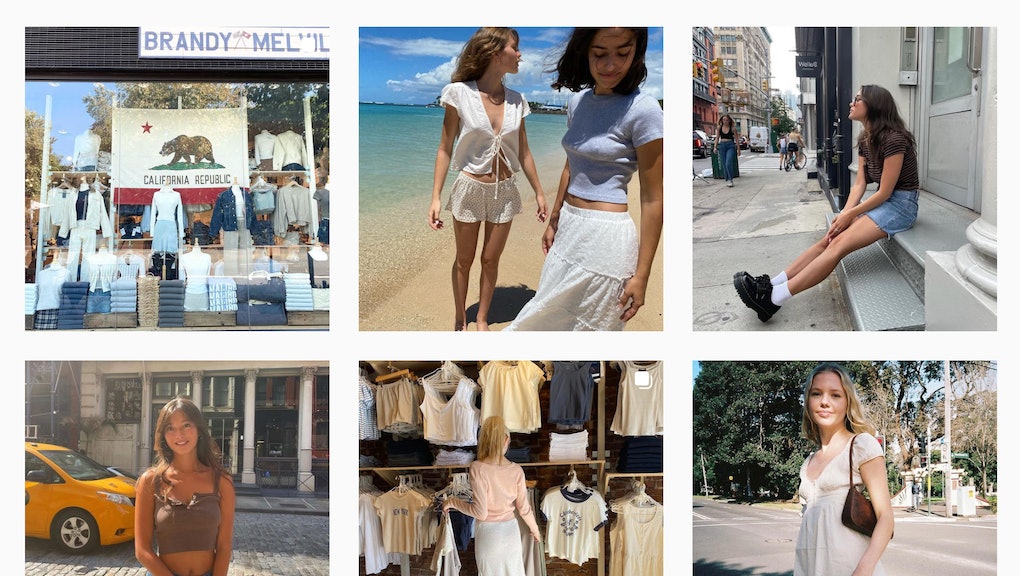 Brandy Melville is basically a retail cult — the go-to fast fashion brand for the types of Gen-Z women obsessed with Coachella, TikTok and Bella Hadid. But behind the cheap crop tops and mini skirts and "90s style" low-rise flares (clearly a misnomer, since the pants are a throwback to the early 2000s, duh) is an insidious, sexist, racist and literally fascist corporation run by one awful-sounding guy: Stephan Marsan, its founder, owner and CEO.

The details divulged to Insider are horrible. Publicly, Brandy Melville projects a brand image of young, thin, pretty whiteness. Its Instagram almost exclusively features models who fit that archetype, and the comments are full of angry criticism. This exclusionary image isn't anything new, really. Just picture the sort of hunky whiteness promoted by retail behemoths like Abercrombie and Hollister.

But Brandy Melville takes exclusion, fat-shaming and racism to another level. Firstly, the clothes only come in one size, the equivalent of an XS/S, which definitely isn't "one size fits most." Employees at Brandy Melville retail outposts are required to send full-body selfies to the brand's executives on a daily basis. Some of them are as young as 14. If Marsan doesn't like what he sees, he'll order the employee fired on the spot. "In retrospect ... it's really fucking weird that we all — as underage people — had to text this mid-to-late-30s guy photos of what we were wearing," a former employee who worked in California and New York told Insider.

Luca Rotondo, a former senior vice president at Brandy Melville, said Marsan ordered him to fire hundreds of staffers. If he thought a worker was heavy or unattractive, he didn't want them associated with the brand. If Marsan thought a store had too many Black employees, he'd have them replaced with white women. "If she was Black, if she was fat … he didn't want them in the store," Rotondo told Insider. At the New York flagship, Marsan and other senior executives sat perched above the showroom, checking out customers. If the men liked how a girl looked, they'd push a button signaling the cashier to get her details and offer her a job at Brandy Melville.

Employees talked about being asked to model clothing for Marsan and other executives and being expected to change in front of them, often wearing nothing but underwear. Some women said they thought undressing in front of the men would help them earn "special employee" status, which meant highly-coveted shopping sprees, work trips to Hawaii and Italy, and use of the lavish "Brandy apartment" in New York's SoHo.

The horror stories littered through Insider's explosive report are awful. They include the alleged drugging and rape of an employee by a man who owned Brandy Melville stores in Italy, sexual harassment of other young workers by executives and getting underage staffers drunk. Insider also reviewed hundreds of screenshots that seem to show Marsan and the men in his C-suite swapping pornography, racist memes and a staggering amount of Nazi propaganda. The group chat included more than 30 men.

Insider interviewed more than 30 current and past Brandy Melville employees, and the consensus is that despite the brand's popularity, it's a cancer in the fashion industry. "The way that they run the company, these people are absolutely evil," a current employee in Massachusetts said. "This store should not be a thing," added a former New York staffer.

Further underscoring just how stupid this fast-fashion trash fire is, Brandy Melville isn't even named after a real person. It's a mashup of the names of two made-up characters — an American lady (Brandy) who fell in love with some English guy (Melville) in Rome. This is based off nothing other than Marsan's weird Roman Holiday fantasies and his apparent belief that all women should look like Audrey Hepburn but blonde.

Marsan has evidently made a fortune selling cheap clothes that push this problematic aspirational lifestyle, but his refusal to reflect the real world could possibly (hopefully) be what ends Brandy Melville. "Every year that goes by, the beauty standard is shifting a little bit," said a Black woman who worked for the brand from 2016 to 2019. "And I feel like they're so out of touch still. They don't even try to keep up with the times. They're stuck in this whole 2013 bubble where they feel like young, skinny, blond-haired, blue-eyed girls should be the face of their brand. We're past that. You know, it's not going to kill you to put a girl of color on your Instagram — multiple girls of color at that."

More like this
Merely changing ‘The Activist’ from game show to documentary misses the point
By Shamira Ibrahim
Britney Spears continues to reclaim her life, gets engaged to Sam Asghari
By Kara Weisenstein
The bittersweet success of 'Shang-Chi' after a year of pandemic-fueled Asian hate
By Brandon Yu
Stay up to date