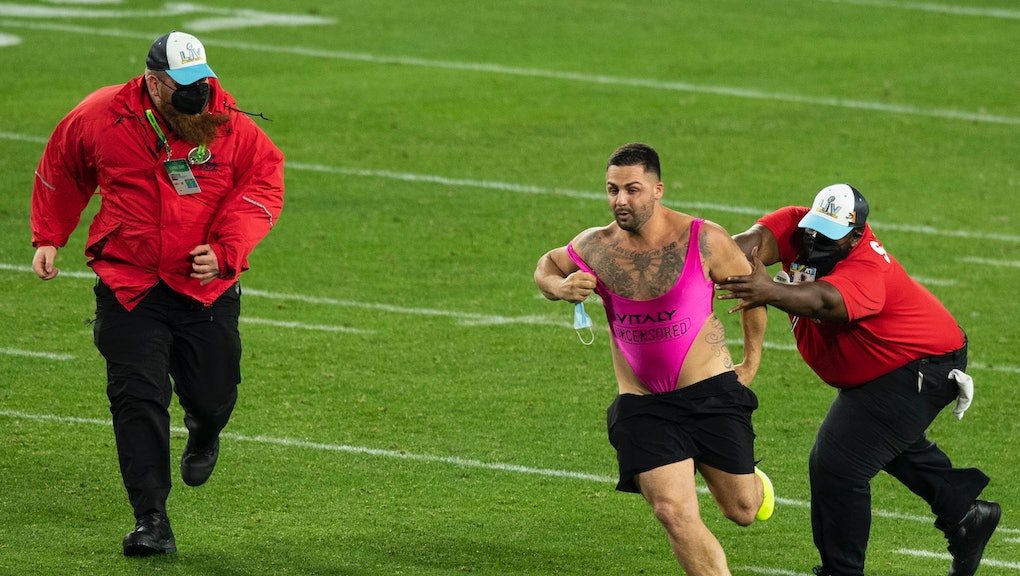 Dirtbag YouTube provocateur Vitaly Zdorovetskiy was behind the whole enterprise, which caps off his second straight year of getting a walking billboard on the gridiron. He took credit for the latest field runner on Twitter, retweeting numerous accounts who pointed this out. Two months after the 2020 Super Bowl stunt, Zdorovetskiy was arrested and charged with battery for allegedly attacking a woman who was jogging.

The company has sent runners to so many major events — each of the past two Super Bowls, past NBA Finals, the World Cup — and somehow manages to get them on field for many of these attempts. It’s hard enough getting into some of the biggest sporting events of the year, and evidently the Vitaly Uncensored associates aren’t worried about facing arrest for advertising.

I don’t know how these people manage to keep on the field at the big game, let alone maneuvering into the stadium in the first place, but this surely isn’t their last act.