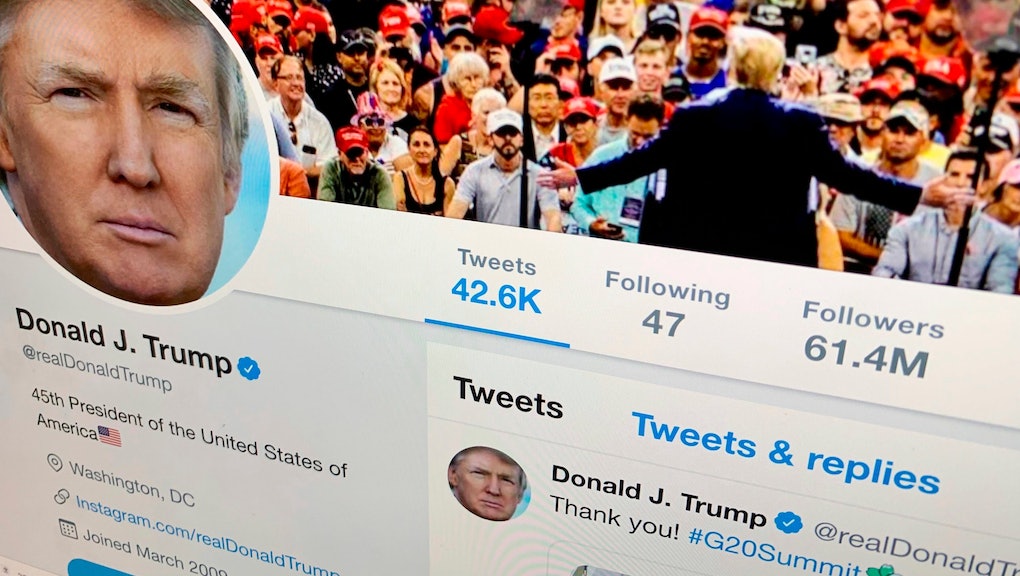 Twitter doesn’t ban politicians, but it will start labeling their tweets when they break the rules

Social media platforms have been consistently under fire for their attempts, or lack thereof, at flagging and removing content that features racist remarks, hate speech, and violence against women, LGBTQ groups, or religious minorities (and the list goes on). Over the course of Donald Trump’s presidency, incidents of hate speech and hate crimes have risen, and, given the contents of his own Twitter feed, there have been repeated calls for his account in particular to be blocked. Twitter has declined to ban the politician, responding Twitter responded in 2018 by saying that “Blocking a world leader from Twitter or removing their controversial Tweets, would hide important information,” thereby prohibiting public debate and infringing on free speech rights.

It looks like this could change however as the platform announced in a blog post today that it will begin flagging content from government officials, potentially including the president, who break their rules.

While it won’t necessarily remove the offensive tweets themselves, or the account, Twitter stated that, “On the rare occasions when this happens, we'll place a notice — a screen you have to click or tap through before you see the Tweet — to provide additional context and clarity.”

The new rule will only apply to government officials or someone representing a government official, individuals running for office, or those being considered for a government position who have verified accounts with over 100,000 followers. If such an individual tweets something that would ordinarily violate Twitter’s rules against harassment, hate speech, etc. it triggers a team of moderators from Twitter’s Trust and Safety, Legal, Public Policy and regional groups to determine if the tweet is “in the public interest” and whether it should be flagged.

According to the blog post, public interest will be judged by the following criteria:

The immediacy and severity of potential harm from the rule violation, with an emphasis on ensuring physical safety;

Whether preserving a Tweet will allow others to hold the government official, candidate for public office, or appointee accountable for their statements;

Whether there are other sources of information about this statement available for the public to stay informed;

If removal would inadvertently hide context or prevent people from understanding an issue of public concern; and

If the Tweet provides a unique context or perspective not available elsewhere that is necessary to a broader discussion.

If a flagged tweet is deemed to not be in the public interest, then Twitter says it will contact the account owner to take it down. If it is in the public interest then it will stay up, but with the notice pictured above, and Twitter has said it will put measures in place to ensure that it will not appear in safe search, timelines in Top Tweets mode, live events, recommended push notifications, regular notifications, or the Explore tab. Tweets posted before June 27 won’t be included in this process as it is non-retroactive.

While these measures are certainly preferable to leaving harmful and offensive tweets left as-is, or promoted by Twitter’s algorithms, it remains to be seen whether this proposed method will be successful over the long term. Its reliance on human moderators to discuss and flag content could be overwhelmed as more and more global political figures turn to Twitter to campaign and air their views — something Facebook has notably struggled with this as well. Furthermore, this process does not address the content of hate-groups or individual accounts that currently get away with posting offensive content or harassing other users.

It is unclear from the blog post whether the content flagging could be expanded to cover these instances.

More like this
Why is Facebook this confused over letting Donald Trump back?
By Rafi Schwartz
Trump is having his best week since leaving the White House
By Rafi Schwartz
Biden's pledges aren't enough to avoid the worst effects of climate change, new study says
By AJ Dellinger
Stay up to date