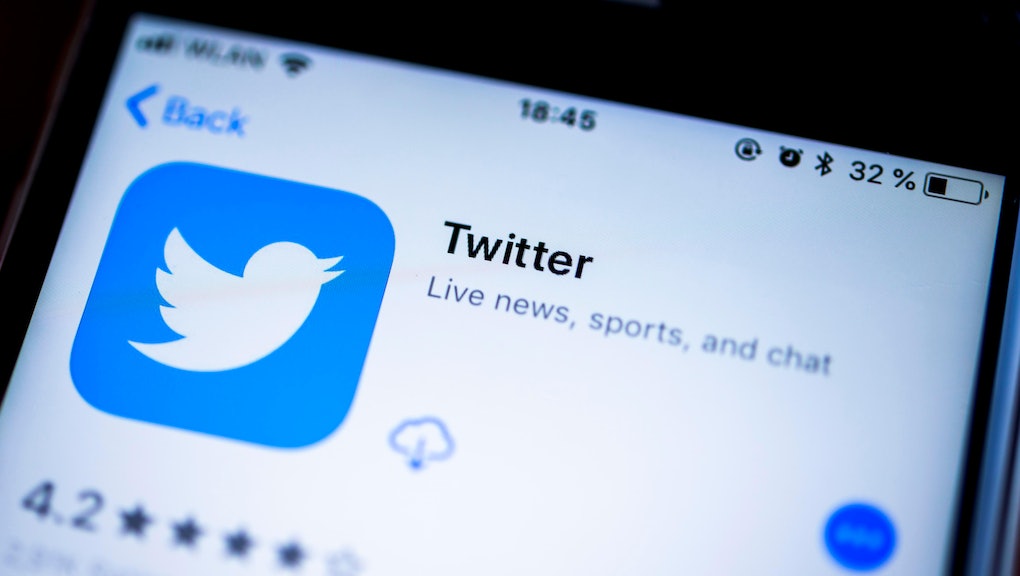 You've probably never heard of Chris Wetherell, but you've definitely interacted with things that he has made. The tech developer helped create Google Reader, the widely popular and now-defunct RSS reader that millions of people relied upon to stay updated on the latest news. He's also the guy who built Twitter's retweet button, one of the pillars of the entire platform that helps users quickly spread tweets to their followers. Now, 10 years after creating one of the features most essential to Twitter's function, Wetherall said he regrets doing it.

In an interview with BuzzFeed News, Wetherall reflected on the retweet button, its original purpose and how it has become weaponized by Twitter mobs for all kinds of unsavory purposes. According to him, there wasn't much thought put into the possibility of misuse when creating the feature, which was just designed to formalize something people on Twitter were already doing — copying other people's tweets and sending them out with a typed "RT" before them. Wetherall said that when building the retweet feature, the Twitter team would "talk about earthquakes," and "talks about these first response situations that were always a positive and showed where humanity was in its best light."

What they didn't talk about was what else the retweet button could be used for. That was, until he saw a Twitter mob get ahold of the feature, at which point he thought, "We might have just handed a 4-year-old a loaded weapon,” Wetherell told BuzzFeed. “That’s what I think we actually did.”

As it turns out, even when there aren't earthquakes or other events that require quick spread of accurate information, people continue to use the retweet button. The button has the same power no matter who is using it and what they are using it for, and it can be extremely powerful. The retweet is basically unlike any other tool on social media. While every platform has the ability to share other people's content, and the barrier to do so has increasingly been lowered, there is still more effort involved to share a post on Facebook or post someone else's content to your Instagram story, where it will only remain for 24 hours and has a more limited reach. The retweet has a much stronger multiplier effect. When something gets retweeted, it's suddenly in the feed of every person who follows the retweeter — and they all have the power to continue its spread with a simple, seemingly inconsequential click of a button. There's basically no friction in helping spread just about anything on Twitter, which is why viral content moves like wildfire.

That becomes a problem when people are using the button with malicious intent. The retweet button became the tool of choice for members of the Gamergate movement, who led an effort to target and attack women working in the gaming industry. A technical analysis of Twitter activity during the peak of the Gamergate campaign in 2014 found that 69 percent of more than 300,000 tweets sent during a 72 hour period were retweets, with the vast majority coming from newly created accounts. The suggestion the data points to is that the harassment effort wasn't led by tons of people, but rather a smaller group that was continuously retweeting one another, creating the appearance of a larger, more powerful movement. That is the retweet's multiplier effect in action.

The retweet button has over time become a tool for all sorts of misuse, and every time its functionality is expanded, users find a new way to challenge its original intent. When Twitter introduced the ability to do quote retweets — retweeting another user's tweet while adding your own commentary — it quickly turned into a dunk button. People use it to embarrass others for saying things they deemed to be stupid, otherwise known as dunking on them. When the company gave users the ability to retweet themselves, it became a tool of shameless self-promoters who just pumped their own tweets into people's feeds until they finally found some semblance of virality. The retweet button has been the basis for entire businesses that could care less about ensuring they are providing factual information. Accounts like UberFacts became notorious for tweeting out supposed facts that sometimes seemed too wild to be true, and often were. The account got information wrong constantly, but that didn't stop the creator from cashing in on it to the tune of more than $500,000 per year as people retweeted each fact without stopping to think about or check its accuracy.

Retweeting was created with the idea that it would play to our best instincts, that people would use it to spread important information quickly and efficiently during times when that information is needed most. Instead, the button's downfall is that it actually plays to our worst instincts. It's a fear and outrage button. For evidence of that, look no further than a study published by MIT last year that found Twitter users are twice as likely to spread fake news stories with outrageous, attention-grabbing headlines than they are to share authentic ones. Twitter recently completed a (much maligned) redesign of its platform, but if the company really wants to make a change, it should rethink its basic functions rather than slapping a new coat of paint over its issues.

More like this
How the shock and confusion of 9/11 enabled our modern conspiracy era
By AJ Dellinger
Scientists are potty-training cows in an effort to save the planet
By AJ Dellinger
Wind power is surging in the U.S., which means all sorts of good things
By AJ Dellinger
Stay up to date