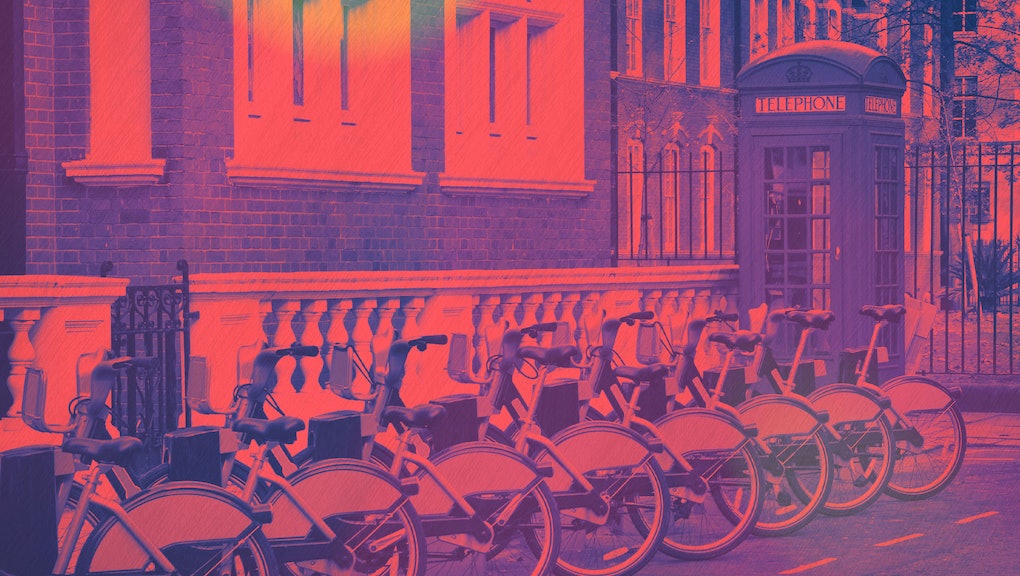 In early April 2019, in hopes of bettering the health of Londoners, the city unveiled its latest initiative to reduce air pollution and emissions across the city, an Ultra Low Emission Zone (ULEZ): a designated area in its city center where tighter emissions regulations are placed on all entering vehicles. While the initiative affects both commuters and drivers-for-hire, London recently notched an important — some may think unlikely — ally in its low-emission efforts on both fronts: Uber.

Though London has charged congestion pricing for vehicles entering its city center (approximately $16 per day on weekdays) for over 15 years, changes in transportation over that time period required the city to take a tougher stance on emissions, leading to Mayor Sadiq Khan's updated 2018 transport plan, which is slated to roll out over the course of two decades. The newest piece of the plan, The ULEZ, takes a 24/7 approach to lowering emissions in certain parts of the city.

According to a statement released by the city, “Thousands of Londoners die prematurely each year because of long-term exposure to air pollution, while over 450 schools in the capital are in areas exceeding legal air quality levels. And every Londoner in the capital lives in an area exceeding World Health Organization guidelines for the most dangerous toxic particles.”

For many city dwellers, Uber may be more associated with adding cars (and thus, added pollution) on the road than with playing a meaningful role in lowering our dependency on traditional vehicles and their traditional fuel sources. But the company, which this week faces both its IPO and a worker strike in the United States, is hoping they’ll play a key part in changing the way we think about our daily transportation and how it’s powered.

Recently in London — where in the summer of 2018 Uber averted a potential ban after its operating license was revoked — these ambitions have taken two key forms: by readily offering public transport options in the app alongside traditional car options, and by soon making e-bikes available to commuters throughout the city.

Uber first launched public transport in Denver, displaying mass transit options the same way it provides Pool, X, and Black car options to users figuring out the best path to their destination. Though London users won’t be able to buy tickets for an Underground ride in the Uber app just yet (as one now can in Denver), they will be able to see a full set of directions and costs to inform their travel decision — even if that means taking the tube or bus instead of hailing a ride.

Likewise, the impending launch of Jump e-bikes (now available in over 20 cities worldwide) provides another lower cost mode of transportation that aims to get users out of the black cars Uber is known for. "There is a bit of a bike revolution going on in the city," Fred Jones, Uber’s head of new mobility in the U.K., told Mic. "It's increasingly really popular way to get around, you've got improving bike infrastructure, cycle lanes, quiet routes for people to take." He also noted that for regular cyclists, or those who've considered hopping one of the city's "Boris bikes" (the public bike share now sponsored by Santander) the e-bikes are a slightly less sweaty way to get from points A to B.

While it may seem strange to provide options that actually may encourage users to not spend their money on a more costly Uber ride, according to Jones, it’s all part and parcel of the company’s clean air plan, announced in October 2018 and launched in January 2019.

“The Mayor of London has set out a bold vision to tackle air pollution in the capital and we’re determined to do everything we can to back it," Uber CEO Dara Khosrowshahi said in a 2018 statement. "Our £200 million Clean Air Plan is a long-term investment in the future of London aimed at going all electric in the capital in 2025. Over time, it’s our goal to help people replace their car with their phone by offering a range of mobility options – whether cars, bikes, scooters or public transport – all in the Uber app.”

In just six years, Uber plans to have a completely electric fleet of vehicles (which means a necessary shift in about 45,000 vehicles) in London with 20,000 electric vehicles (EV) on the streets by 2021, which not only sets an ambitious goal for the company, but for EV adoption in the U.K. at large. “Last year, in the whole of the U.K., 15,000 electric vehicles were sold,” Jones told Mic. “Whereas just in London, by 2021, we're going to be able to work another 20,000 on the road, so more than the whole of the country, just in one city, if we can get those things right.”

Getting "those things" right is a huge part of the uphill battle toward reducing emissions, though. As Jones sees it, the move toward total electrification means addressing three main issues. First, the cost of electric vehicles that drivers will need to invest in; second, the availability of reasonably priced electric vehicles for drivers to buy; and third, the infrastructure in the city to support the thousands of electric vehicles hitting the streets which will require not only easier access to charging stations but the electrical grid capacity to support all of them.

Despite how ambitious the plan is, especially when accounting for current demand for and production of fully electric vehicles, Uber has a good reason for aiming this high, instead of say, putting drivers into hybrids in the meantime.

“The regulations are probably a bit far ahead of technology; which makes it difficult to make the switch,” Jones admitted. “But actually if you just encourage everyone into…a hybrid, they're gonna own that car for 10 years. So, you're pushing back the point at which people like to upgrade to another vehicle by 10 years. You think you're doing a good thing but could actually really delay the adoption [of electric vehicles] and manufacturers see that on EV infrastructure and then they're not going to invest in the areas they need to.”

Through their clean air plan, Uber is hoping to be one of the biggest driving forces behind an investment in infrastructure and production. To that end, they've started charging a "clean air fee" of 15 pence (about $.20 USD) per mile of each ride, which goes into what basically amounts to an electric vehicle savings account for the driver so that when the time comes, they'll already have a good chunk of what they need to spend socked away simply from driving their usual routes. And through dedicating now to 2025's goal of full electrification, as well as by working with vehicle manufacturers and home-charging suppliers, Uber aims to create the demand necessary to make EVs more accessible to not only their drivers but all drivers around the U.K.

"We're right at the start of our electrification journey, but already in London we're done over 2 million fully zero-emission miles, and we've had about just over 400,000 Londoners, take a trip in an EV," Jones said. "I think it plays a really important [part in pointing to the] wider option of these cars because it's not this kind of 'Oh! It's a Tesla, I can't afford it,' or 'Oh, I'm not sure if it'll work or not,' because the drivers by and large, they love it."

For now though, users will have to simply acquaint themselves with the newest options in their Uber app. Whether that means mapping an Underground trip or zipping past pedaling lycra-clad middle-aged men on a Tower Bridge e-bike ride, it's clear Uber is betting their investment will make for a longer stay in the U.K.

More like this
For a blessed 11 minutes, Jeff Bezos was not on Earth. Here's what he missed
By AJ Dellinger
QAnon queen Marjorie Taylor Greene got suspended from Twitter for spreading coronavirus misinformation
By AJ Dellinger
Should public transit be free?
By Andy Crump
Stay up to date